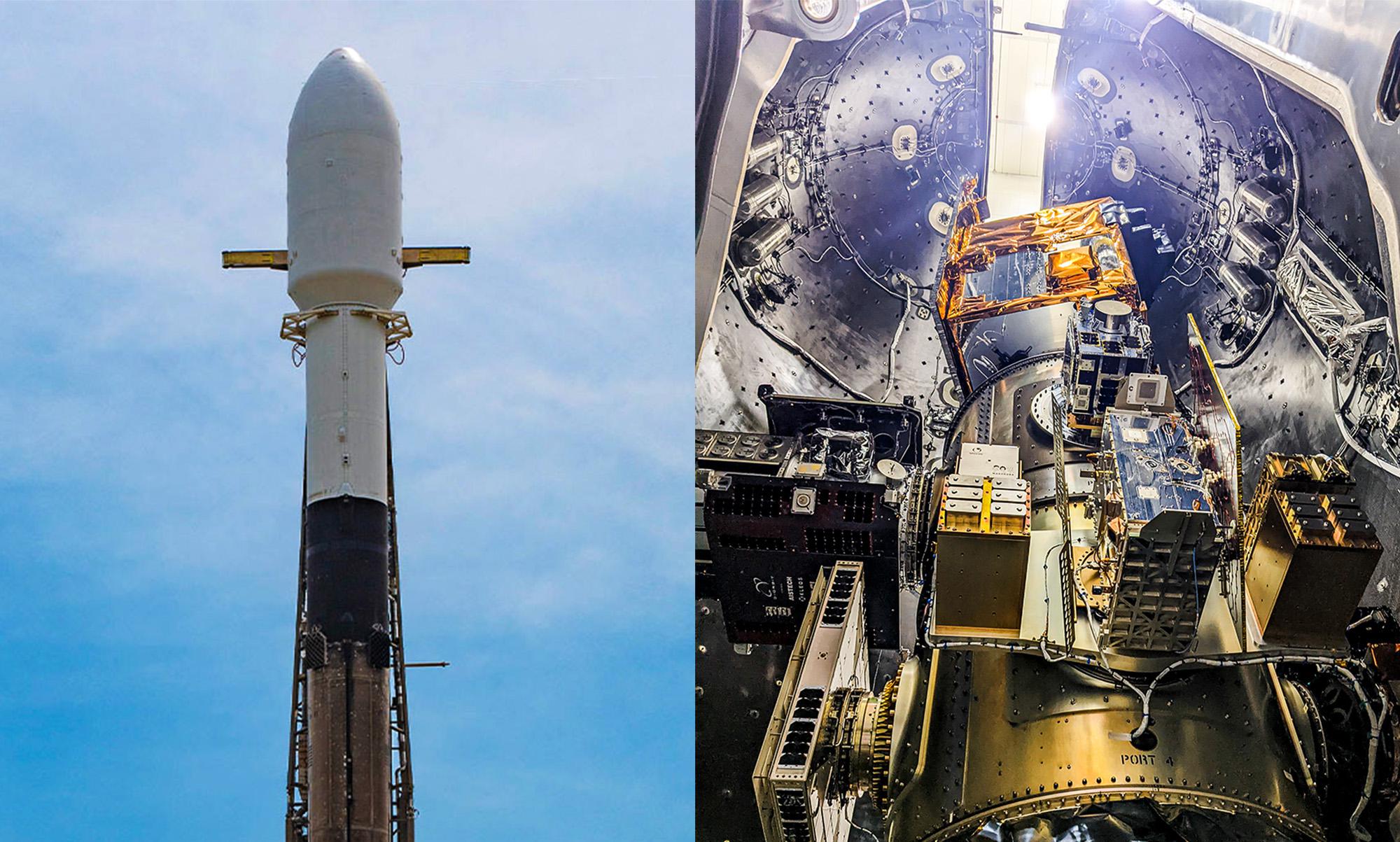 SpaceX says a Falcon 9 rocket is on track to launch its fourth dedicated rideshare mission no earlier than (NET) 12:24 pm EDT (16:24 UTC) on Friday, April 1st.

Known as Transporter-4, SpaceX will launch the batch of 40 customer satellites out of its Cape Canaveral Space Force Station (CCSFS) LC-40 pad. Poor weather means that the company currently has a roughly 30% chance of favorable conditions on April 1st, improving to 50% on April 2nd and 80% on April 4th. Following the first NASA Space Launch System (SLS) rocket’s trip to a nearby launch pad, SpaceX also has to work around the agency’s plans to attempt an important wet dress rehearsal (WDR) test as early as April 3rd, preventing any launches that day.

SLS has already partially contributed to delays to Axiom-1 – the first all-private astronaut launch to the International Space Station – and could potentially disrupt Transporter-4 if weather or Falcon 9 fail to cooperate on Friday or Saturday.

Transporter-4’s payload of 40 satellites is the smallest number SpaceX has ever manifested on one of its dedicated rideshare missions. It’s unclear why so few satellites will be aboard, but one customer in particular likely explains why the company can launch such a small payload. That customer is Germany’s national space agency (DLR), which has manifested EnMAP – a hyperspectral Earth observation satellite – on Transporter-4. EnMAP itself is quite a bizarre case: the wildly overambitious smallsat was initially scheduled to launch as early as 2012 but has suffered a full decade of delays as endless issues arose. Painfully, those delays mean that EnMAP – a spacecraft largely designed before 2010 – is merely the latest in a long line of similarly capable satellites. Italy, for example, began work on an almost identically capable spacecraft – PRISMA – in 2008 and launched it in 2019 for ~$140 million.

According to one estimate, EnMAP’s cost has likely ballooned from ~$100 million to more than $330 million. In other words, it’s fairly reasonable to assume that SpaceX was able to charge DLR quite a bit more than Transporter-4’s other rideshare customers. SpaceX could have positioned it as a heavily discounted dedicated launch that just so happens to carry some secondary payloads – perhaps charging ‘just’ $15-30 million. EnMAP (950 kg or 2100 lb) is slightly heavier than the maximum weight SpaceX’s one-size-fits-all pricing allows for, but a customer with a similar 830 kilogram (1830 lb) spacecraft could launch it for as little as $4.6 million on a Transporter mission.

Of Transporter-4’s 40 payloads, at least 16 are using intermediaries like Spaceflight, Exolaunch, and D-Orbit, who then deal with SpaceX for the satellite owners. Excluding EnMAP, at least six other customers likely booked directly through SpaceX. Combined, total Transporter-4 revenue before EnMAP could be as low as ~$13 million. According to a SpaceX executive speaking in 2020, the total cost of a Falcon 9 launch with a recoverable, flight-proven booster is $28 million. Given that some executives have compared Transporter missions to public transit, it’s possible that SpaceX is willing to launch some rideshare missions even knowing they will lose money, but it’s hard to imagine it would burn $10-15 million (or more) instead of just delaying a few months to add more payloads.

Even though EnMAP is thus likely picking up all of financial slack, Transporter-4 is still a good demonstration of SpaceX’s flexibility – flexibility that current or prospective providers with much smaller rockets simply can’t match. With Falcon 9, SpaceX can just throw a 1-ton, $300 million spacecraft on top of a several-dozen-satellite rideshare mission and still recover both the booster and fairing without issue – all while charging its smaller customers a more or less unbeatable $1.1 million per 200-kilogram slot and $5500 for each additional kilogram.