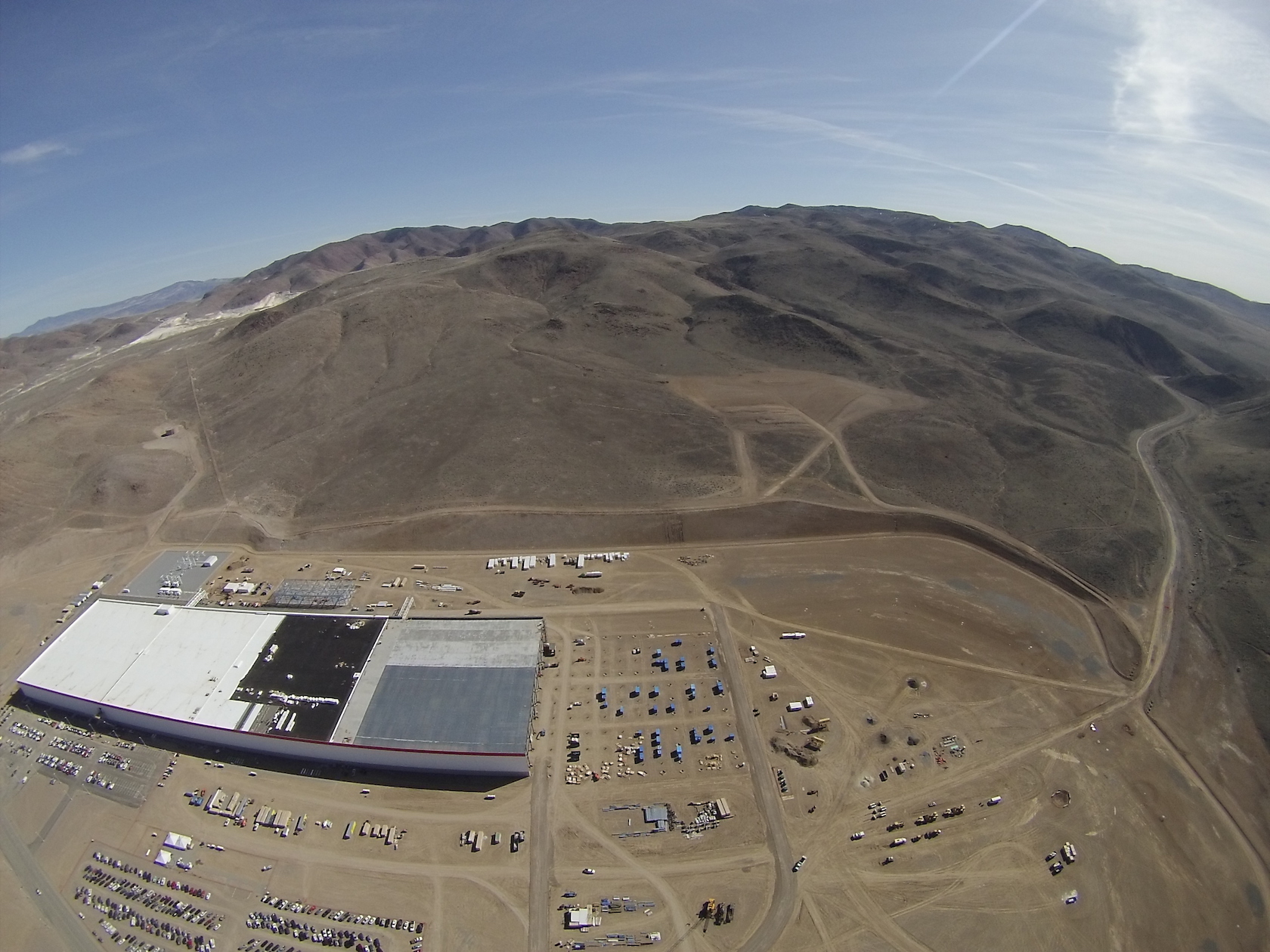 Josh McDonald of Reno Nevada has provided Teslarati with exclusive recent photos of the Tesla GigaFactory taken from his personal airplane, a 1946 Cessna 140.

Active civil air patrol for the U.S. Air Force Josh McDonald runs a private flight school Nevada Tailwheel in nearby Reno. In addition to teaching others how to fly, Josh also performs aerial photography using his 1946 Cessna 140 equipped with a GoPro camera.

Josh shares with Teslarati stunning new aerial photos he captured of the Tesla Gigafactory while on a routine flight through the area. Josh a Tesla fan tells us, “I am a electric car fan and I’m planning on putting a deposit down for the Model 3 next month.”

Check out these amazing photos of the Gigafactory and its surrounding area. Elon Musk told investors at the 4th quarter earnings call earlier this month that production of Tesla Powerwall and Powerpack battery systems has already begun at the Gigafactory. Best of all, those products are already profitable and are expected to become more so as volume increases.

One of the most astonishing things about the Gigafactory is that, despite being one of the largest manufacturing facilities on earth, it is expected to be net zero and have no carbon emissions, according to technology chief JB Straubel. Net zero means that the building will create more electricity than it uses over a 12 month period. Straubel told a students at the University of Nevada in November, “[F]rom the get-go, from the first concept of this factory, we wanted to make it a net zero facility. So…the most visible thing we are doing is covering the entire site with solar power. The whole roof of the Gigafactory was designed from the beginning with solar in mind. 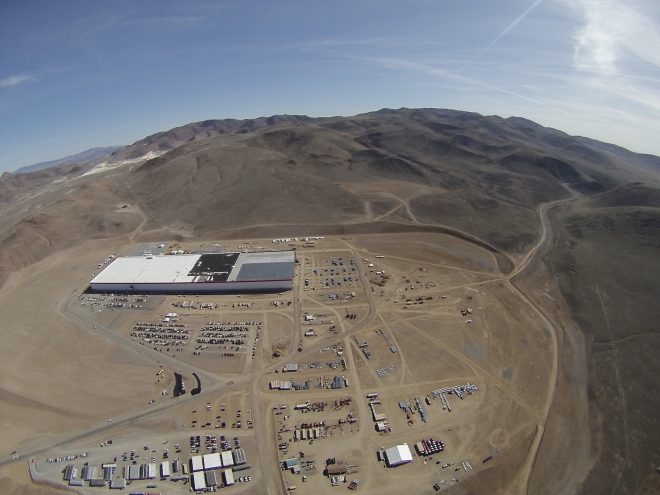 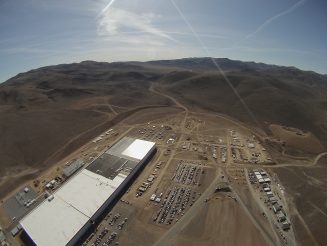 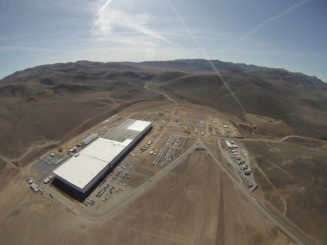 “We kept all of the mechanical equipment off the roof. We didn’t put extra…penetrations through the roof that we didn’t need to and it’s a very, very clean surface that we can completely cover in solar. But that’s not enough solar, though. So we have also gone to the surrounding hillsides that we can’t use for other functions and we’re adding solar to those.”

You can see what look to be access roads leading to a plateau in the hills around the Gigafactory in these photos. Presumably, that is one of the areas where additional solar panels may go.