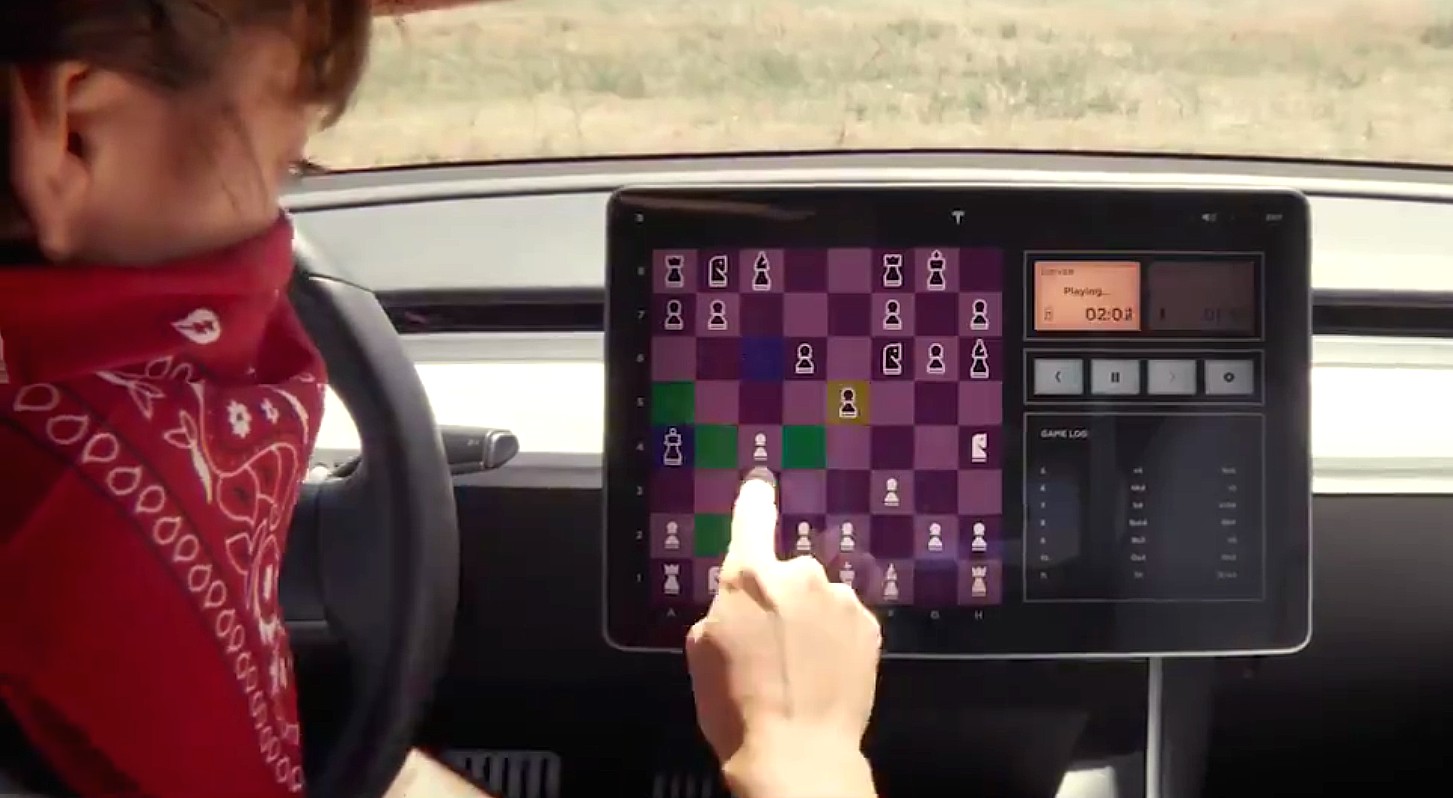 Tesla has expanded its list of games available for its fleet of vehicles. In an announcement on Friday, the electric car maker introduced Chess, the newest title in the Tesla Arcade’s ever-expanding lineup of titles.

The company announced the new game in a curiously creative skit that involved a distinctly Western theme and a quick draw match between a Model 3 and its owner. As noted by the electric car maker in its Twitter announcement, Chess is beginning a global rollout to the Tesla Arcade today.

Chess, with its classic theme and its straightforward gameplay, will likely be a notable hit for Tesla owners who are looking for a calmer, more relaxing game than the more active, chaotic fun provided by games like Beach Buggy Racing 2. The title would likely be appreciated by owners who wish to keep things laid-back while the vehicle is parked, such as when it is Supercharging.

As for Beach Buggy Racing 2, Tesla has announced that the racing game now supports the use of two game controllers. In the game’s initial iterations, the racing title’s two-player mode required the second player to use the on-screen controls, which is adequate, but not optimal. With this new update, makes Beach Buggy Racing 2 even more fun, as playing in the vehicle immediately becomes akin to using a giant game console, controllers included. Very few things could be cooler than playing a racing game in an actual car, after all.

During his appearance at the 2019 E3 Coliseum, Elon Musk, joined by legendary video game designer Todd Howard noted that other games are coming to Tesla Arcade. Among these are titles such as Cuphead, widely regarded as one of the finest run-and-gun indie games, and Fallout Shelter, a mobile title based on the blockbuster gaming franchise.

Elon Musk has a notable soft spot for games. While addressing the audience at E3, Musk remarked that he actually worked at a gaming startup in the past. His fascination with gaming goes way farther than that, too, as shown by the release of Blastar in 1984, a rather simple game that Musk wrote when he was about 12 years old.