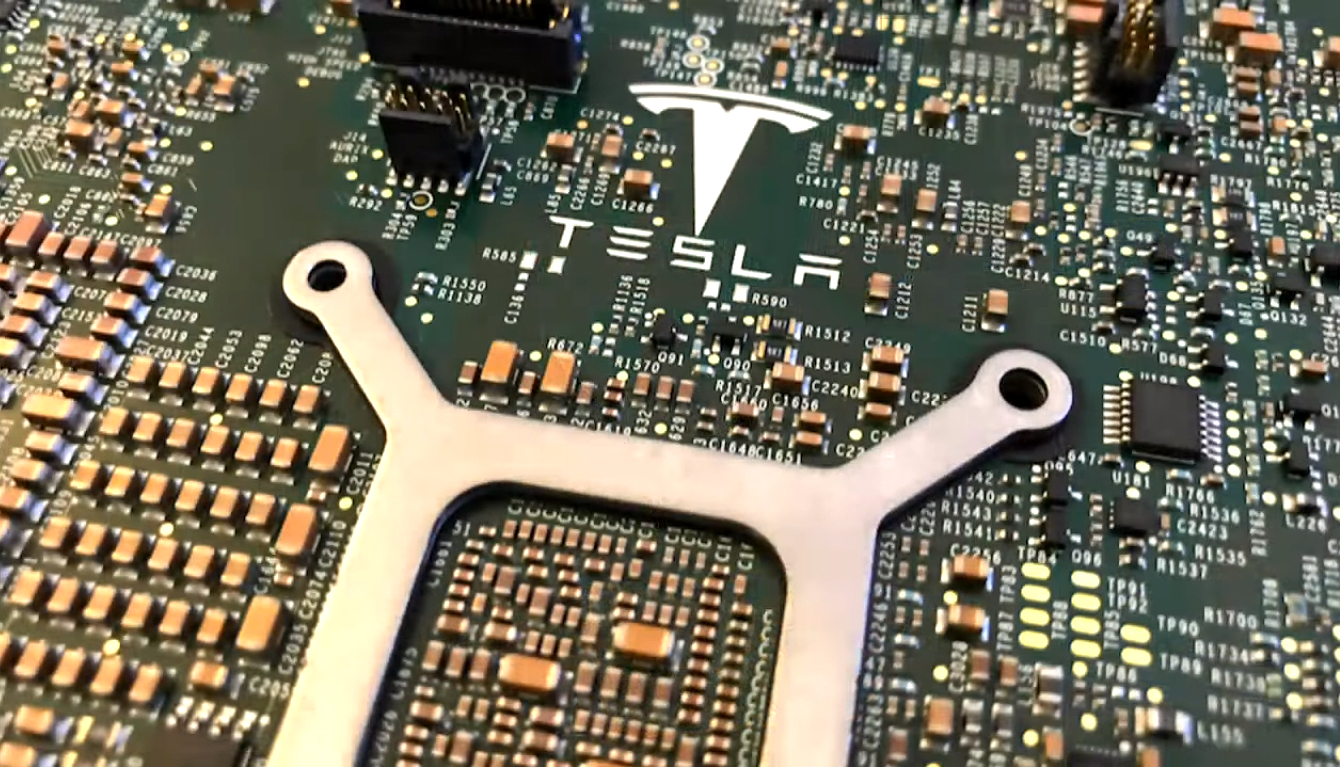 Tesla lends its automation expertise in search for COVID-19 vaccine

A close-up of the Automatic Drive Module of the Tesla Model 3. [Credit: Autoline Network/YouTube]

Tesla CEO Elon Musk may have strong disagreements over the political handling of the COVID-19 pandemic, but his actions to help solve the matter strike a more positive note, namely one of progress in vaccine technology.

In a recent Twitter discussion about the uptick in national cases, Musk offered his thoughts on using RNA for immunization therapies.

“In principle, I think synthetic RNA (and DNA) has amazing potential,” he replied. “This basically makes the solution to many diseases a software problem.” Musk then brought attention to the current work Tesla is doing via Tesla Grohmann Automation GmbH in Germany. “Tesla, as a side project, is building RNA microfactories for CureVac & possibly others.”

CureVac AG is a German biotechnology company founded in 2000 with the primary goal of using proteins created with stabilized messenger RNA (mRNA) in disease therapeutics. As described on their official website, the company has “…develop[ed] an extensive in-house nucleotide sequence library that allows us to optimally assemble the various pieces of the mRNA puzzle for the desired therapeutic use…Each CureVac product can be thought of as a tailored molecular creation.” The protein-centric nature of these products may enable the development of a wide variety of therapies, including cancer immunotherapy, antibody production, treatments for rare diseases, and prophylactic vaccines.

In principle, I think synthetic RNA (and DNA) has amazing potential. This basically makes the solution to many diseases a software problem.

CureVac’s vaccines use a dose of synthetic mRNA coded for disease-specific proteins or antigens which induce the immune system to respond and produce antibodies. Musk’s comment about diseases being a software problem seems to refer in part to this type of technology. The production side of this specialized mRNA looks to be where their relationship with Tesla is formalized. Specifically, the two companies have developed a bioreactor (referred to by Musk as an ‘RNA microfactory’) which combines Tesla Grohmann’s automation technology with CureVac’s tailored mRNA coding and printing.

A press release by CureVac from February 2019 refers to the bioreactor as The RNA Printer™ describing it as “…a transportable, down-scaled, automated messenger RNA (mRNA) printing facility…that can target known pathogens (including Lassa Fever, Yellow Fever, and Rabies) and prepare for rapid response to new and previously unknown pathogens (referred to by WHO as “Disease X”).” Several partnerships and grants have been accumulated by CureVac to further its development of the machine’s capabilities, and the race for a COVID-19 vaccine has brought even more attention and support to the technology.

Although this pandemic has now provided a spotlight on the Tesla and CureVac partnership, a joint patent application for the bioprinter was originally filed in 2018. Published in January this year, the invention is descriptively titled “Bioreactor for RNA in vitro Transcription” and assigned International Patent Publication No. WO-2020/002598. The Background section of the application provides a bit more insight to the technology, its potential, and why Tesla-style automation really makes a difference in what’s possible:

“A critical step in RNA production is the generation of a suitable DNA template, which at industrial scale is a major cost factor…Manufacturing of RNA requires a large degree of manual handling in a GMP-regulated laboratory executed by well-trained technical staff. In consequence, current established manufacturing processes are time consuming, cost intensive, and require a lot of laboratory space and laboratory equipment.”

Essentially, automating much of the manufacturing process would improve speed and reduce errors from human interaction, just as is the case with Tesla’s automated car manufacturing. Unlike automotive large-scale productions, however, this bioprinter would be much smaller. With staffing needs reduced and the equipment needs reduced to a single machine, portability comes into play.

“…an acceleration of RNA manufacturing would be highly advantageous and of major importance for public health, especially in the context of pandemic scenarios. Further advantageous in that context would be the production of the RNA therapeutics in the region of the outbreak which would, however, require a portable RNA production apparatus.”

It’s not clear exactly which parts of the invention were specifically Tesla’s contribution aside from Musk’s indication that his company would be manufacturing the machines.

Overall, as stated in CureVac’s press release, The RNA Printer™ will be capable of producing enough customized mRNA for 100,000+ vaccine doses within a few weeks and on-site of the outbreak location. The same machine would be flexible enough to be used for a wide variety of pathogens. Notably, CureVac was recently cleared for phase I human trials of its mRNA vaccine for COVID-19.

Musk’s interest in biotechnology is well known to those who follow his many projects and businesses, especially in terms of artificial intelligence as it relates to human-computer interfaces via Neuralink. However, this more traditional philanthropic involvement is surely quite welcome in a world turned upside down by a pandemic.

Tesla lends its automation expertise in search for COVID-19 vaccine