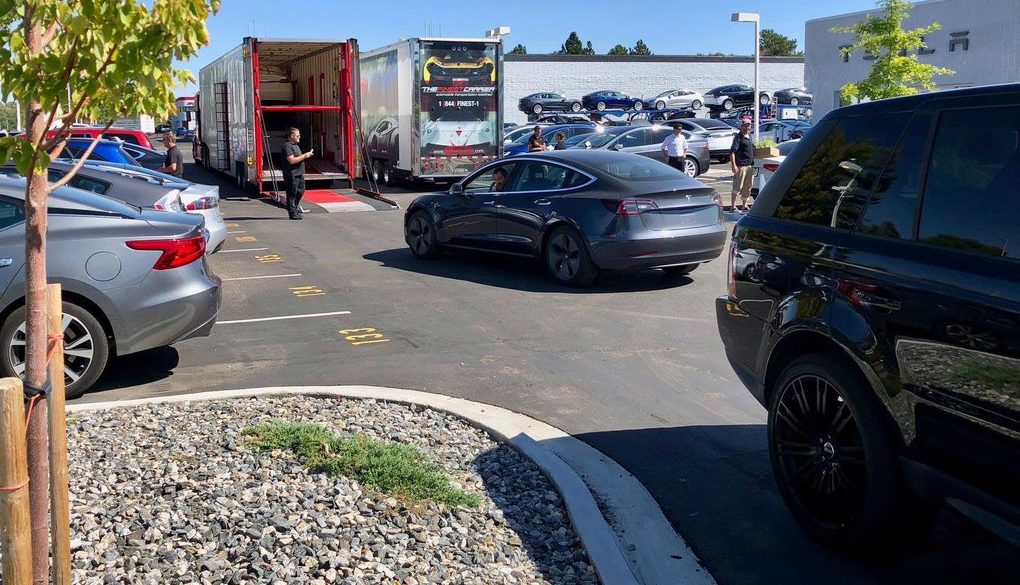 A recent Form S-3 submitted to the Securities and Exchange Commission (SEC) has revealed that Tesla is acquiring car carrier trucks and trailers from a California-based trucking company using over $13 million worth of Tesla shares.

The car carriers and trailers are operated by Central Valley Auto Transport, Inc., an auto transport provider operating out of California. Tesla explains the acquisition in its SEC filing.

“As part of Tesla’s ongoing logistics strategy to increase its vehicle transport capacity, reduce vehicle transportation time, and improve the timeliness of scheduled deliveries, Tesla agreed to issue shares of Tesla’s common stock in connection with its acquisition of certain car-hauling trucks and trailers from Central Valley Auto Transport, Inc. (“Central Valley” or the “selling stockholder”), an automotive transport provider. We are registering these Tesla shares pursuant to registration rights granted to the selling stockholder in connection with the acquisition.”

Tesla’s acquisition of Central Valley Transport’s trucks will help the company optimize the delivery of its vehicles. The electric car maker’s efforts to improve its delivery processes was highlighted in the third quarter of 2018, at a time when Tesla was just getting the hang of producing the Model 3 at scale.

Back then, Tesla was aiming for profitability, and it was all hands on deck. Social media posts from Tesla workers show that even the company’s executives were helping out in delivering Model 3s. Numerous Tesla owners also pitched in to volunteer their time to aid the company by helping new owners get familiarized with their new vehicles.

Elon Musk noted then that Tesla has moved from “production hell” to “delivery logistics hell,” referencing the company’s struggles to get the vehicles it was producing to delivery centers where they can be picked up by their owners. To help the company address its logistics issues, Musk noted that it even started building its own car carriers to help move as many vehicles as possible.

Musk highlighted the importance of logistics once more in a tweet on November, when he noted that Tesla is buying trucking companies to shorten Model 3 delivery times and ensure that orders for the electric sedan will be accomplished before the end of the year. “We bought some trucking companies & secured contracts with major haulers to avoid trucking shortage mistake of last quarter,” Musk tweeted.

Tesla has never really let up since then, with the company seemingly moving even more vehicles this Q1 2019 as the Model 3 started its European and Chinese push. With even more deliveries in the future, it would not be surprising if Tesla submits more filings for other trucking acquisitions within the next few months.