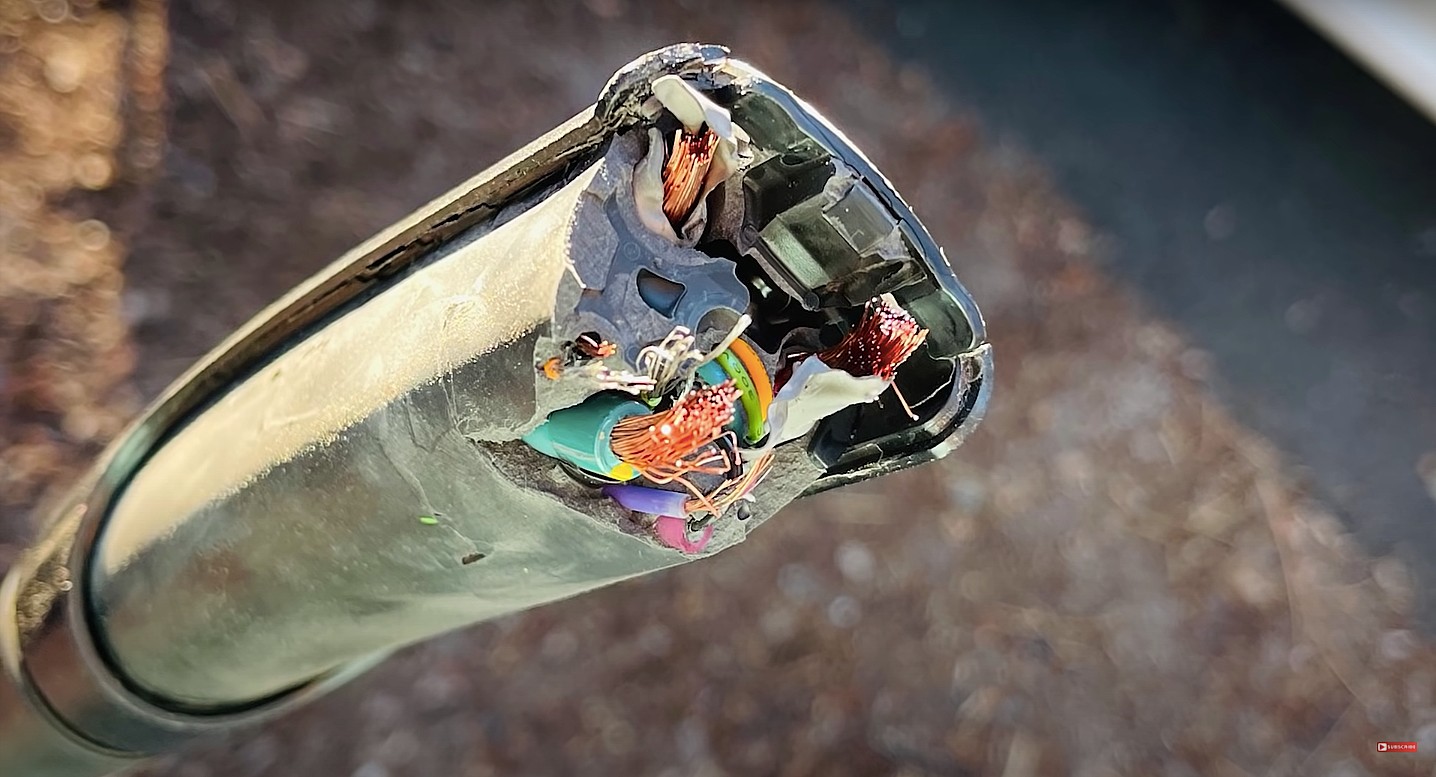 While this story has some cringe moments and its subsequent video is a bit difficult to watch at one point, it should be noted that this tale comes with a rather happy ending. For a Tesla owner and a driver of a Chevrolet Volt, however, there was a moment in this story when things didn’t look like they would end well at all.

As noted by YouTube Teslacam group Wham Baam Dangercam, a Tesla Model 3 owner who was charging his vehicle at a hotel was surprised to see an alert stating that his car had been disconnected from its charger. Curious, the Tesla owner went out to where his vehicle was parked, only to find two hotel employees standing next to his car. At the scene was a mangled Tesla charging cable.

Footage of the incident from the Model 3’s built-in cameras revealed exactly what transpired. As it turned out, the incident actually happened because a hotel employee, the Chevrolet Volt driver, didn’t want to run over the Tesla’s charging cable. To avoid this, the Volt driver threw the charging cable over his car, not realizing that part of it ended up caught in his side mirror.

As the Chevy Volt owner pulled out of his parking spot, the Tesla’s charging cable was violently yanked out of the all-electric vehicle, damaging the Model 3’s charge port door in the process. The hotel employee could be seen in the video almost panicking as he realized what had happened. Fortunately, things were straightened out as the employee provided his insurance. He was also very friendly and admitted to his mistake.

The Tesla Model 3 needed a new charge port door as a result of the accident. It was a $250 repair, which is pretty reasonable, but even such minor incidents could be far worse if the person who damaged the vehicle was not cooperative. The Model 3 owner kind of lucked out in this case as the other party was very understanding. Some Tesla owners, such as those who find themselves practically hunted on the road due to extreme cases of road rage, are not as lucky.

Watch the footage of the Tesla Model 3 and the Chevy Bolt owner in the video below.