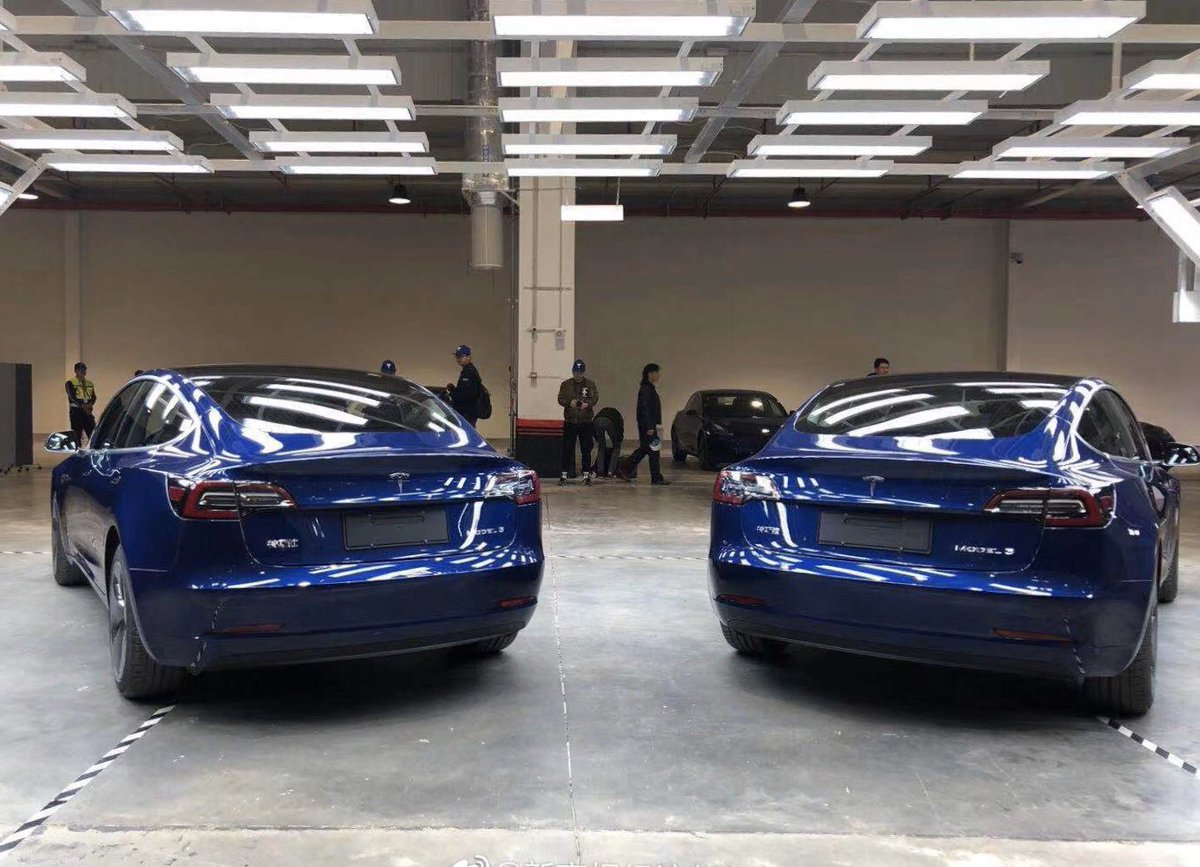 Tesla’s demand for its Model 3 sedan in China is not slowing down. Reports out of China from the state-run Xinhua News Agency stated that Model 3 orders are exceeding 1,000 units per day following the country’s Labor Day holiday.

The news of the steady orders of the Model 3 was shared by Tesla owner-enthusiast @Ray4Tesla, who translated Xinhua’s report. “The above Tesla sales indicated that the number of people watching cars during the May 1st period increased significantly, and the number of Model 3 orders per day nationwide exceeded 1,000,” the article said.

The report also indicated that the main consumer groups buying the electric sedan are located in China’s first-tier cities. These include Beijing, Shenzhen, and Shanghai, which is the location of Tesla’s production facility.

GREAT NEWS: MIC #Model3 sales during May 1 Labor Day break is off the chart according to 🇨🇳 media. Daily average sales nationwide exceeds 1k. Some ppl are from cities where no #Tesla stores are available & who’ve never test driven Model 3 be4 but go on to order online regardless. pic.twitter.com/zj718B8ddM

Ray stated that the concentration of these buyers in highly-populated cities is due to Tesla stores that are located in the areas. However, this is not stopping Chinese citizens who have never driven the Model 3 from purchasing one.

“Many second and third-tier cities do not have experience stores, and customers do not even try the car. They place orders online just like buying a mobile phone, and we drive to the door,” a Tesla sales manager at one of the company’s China-located stores said.

Tesla has been gearing up for a strong push in China since the company’s first deliveries of the Model 3 to citizens in the country. After initial deliveries began in January, Tesla started to developing additional configurations of the sedan for customers to buy. Initially, the Standard Range Plus variant was the only Model 3 option available. Now, Long Range and Performance variants of the sedan are available for purchase as well. Tesla has also added the White interior option.

Giga Shanghai is currently producing vehicles at a run rate of around 200,000 vehicles per year, or about 4,000 a week according to estimates from Tesla. The construction of the facility’s Model Y factory in the Phase 2 zone is underway and coming along quickly. Recent images show the buildout of the second building’s frame is progressing quickly.

An increase in the Model 3’s order rate once again shows Tesla is an outlier in the struggling Chinese automotive market. The country’s carmakers have been affected significantly by the COVID-19 pandemic. The Chinese auto market sank 43.4% in March, while Tesla experienced a 450% increase in registrations from February to March.

The substantial numbers continue to rise, and Tesla shows no signs of slowing down anytime soon.