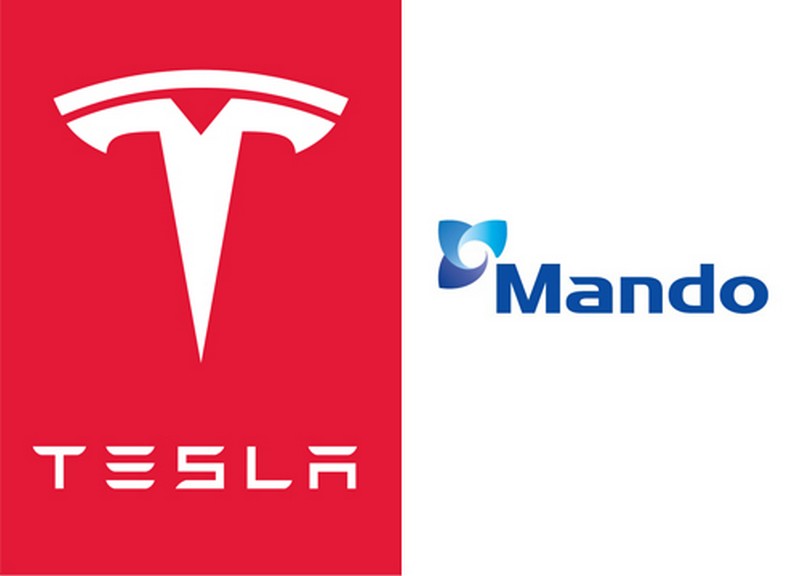 Updated May 23 4:45pm: We received word from a Tesla communications rep indicating that Mando does not supply autonomous technology systems and the original story published by the Korea Herald is untrue. We were told that Tesla currently sources steering racks for its Model S from Mando.

Tesla has chosen Korean company Mando Corporation to help it develop a key component of autonomous driving technology. Mando specializes in backup systems that be activated in the event of a specific failure or emergency. It was selected over other companies who were vying for the nod from Tesla, including Bosch, Continental AG and TRW.

Mando began working with Tesla in the second half of 2015. It’s backup systems apply to virtually every function of a car that is computer controlled. Such functions include steering, braking, suspension settings, and the proper operation of sensors. Its technology will provide the redundancy regulators will expect before self-driving cars are approved for use on public roads. Such redundancy is common in the aircraft industry but is just starting to be a factor for automobiles.

Mando is Korea’s largest auto parts company and has sales of more than $4.3 billion annually. It has gone on a hiring spree recently, recruiting a total of 90 top ranked engineers from the US and Germany. Some have come from the same German companies that lost out to Mando for the Tesla contract, including Bosch and Continental. In addition, Mando has been on the hunt for executive engineers to manage its research and development programs.

Autonomous driving systems like Tesla’s Autopilot are currently considered Stage 2 technology. They permit automatic operation of a car at designated speed for relatively short periods of time. In Stage 2, the computer maintains a safe distance from the car ahead and requires a human hand on the steering wheel only occasionally. But it requires a human driver to be ready to resume control at a moment’s notice at all times.

Stage 3 technology will expand and improve on current systems. It will require human input much less frequently. Cars with Stage 3 capability are expected to be on the road by 2020. Stage 4 technology assumes full control of a car and requires no input from a human driver. Mando Corp will be working with Tesla on Stage 3 and Stage 4 systems.

This latest news gives further insight that Tesla could be looking to establish strategic partnerships with notable South Korean manufacturers in an effort to streamline production and reach its goal of delivering 500k vehicles in 2018 and 1 million in 2020.