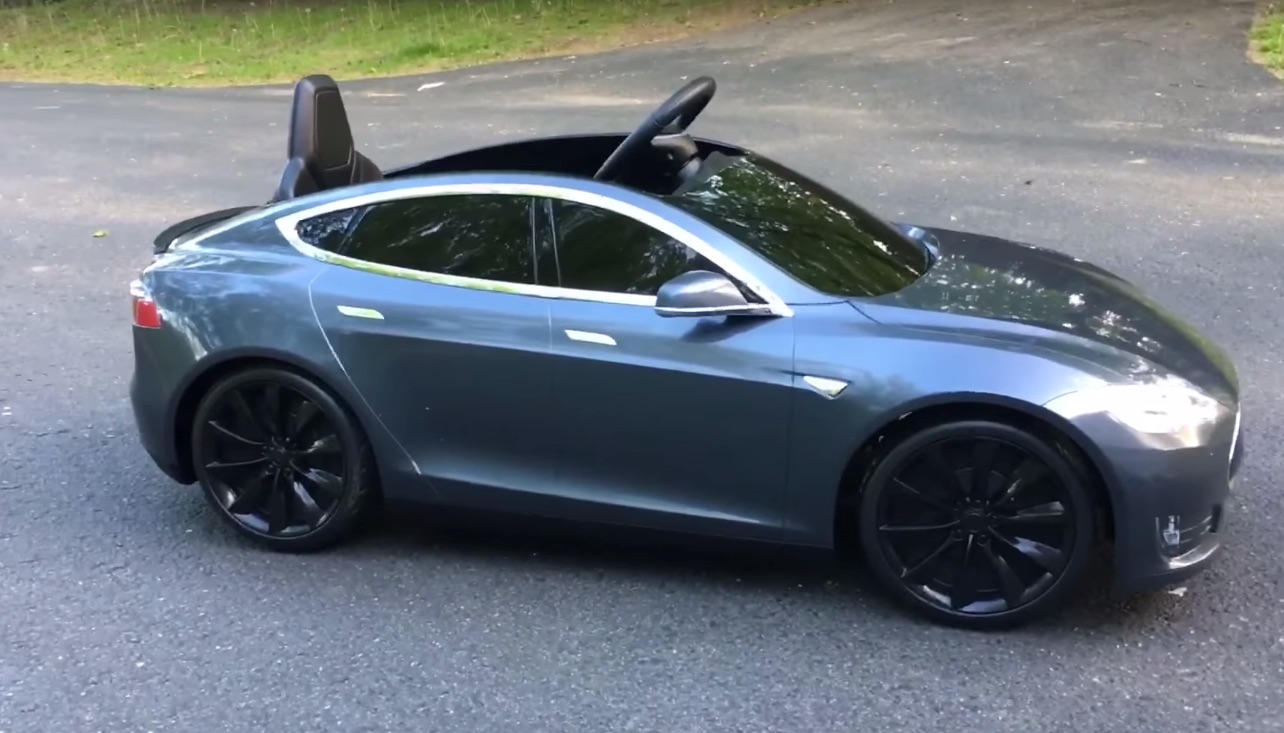 Radio Flyer’s pint-sized Model S for kids has been making its debut in select Tesla stores across California, and recently saw its own test drive event held at the factory in Fremont, CA.

A new ‘unboxing’ video of likely the hippest children’s car every produced, shows the striking detail Radio Flyer in conjunction with Tesla underwent when creating its $499 miniature masterpiece. The Model S for Kids comes with a Tesla branded lithium ion battery pack, a charger that perfectly resembles Tesla’s own Wall Connector, working headlights, and even a functional front trunk “frunk” where kids can store their belongings.

The P90D badge adorns the rear of the vehicle. Despite missing the often feared Ludicrous underline, the mini-Model S can double in speed from 3mph to 6mph via a protected switch, as seen in the video below.

Radio Flyer didn’t miss a beat with attention to detail, because just like a real Tesla, you can plunk down a deposit for one now, but you’ll need to wait months for delivery.