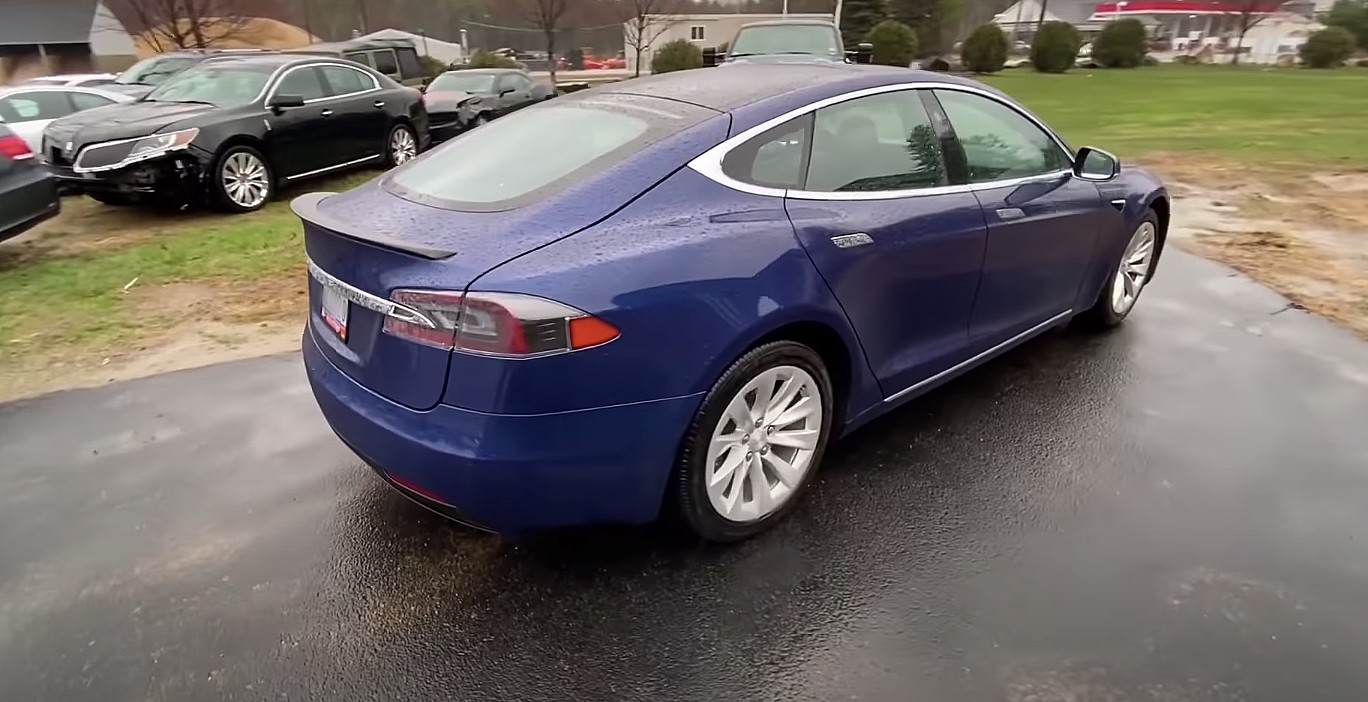 Tesla owner and automotive enthusiast Rich Rebuilds is known for his crazy vehicle modifications and salvage electric car initiatives. For his most recent project, Rich opted to upgrade a Model S 75D to a P100DL for an owner who wanted a Tesla with more range, power, and speed without buying a whole new car altogether.

The Model S 75D in question belonged to a close friend who was interested in getting a vehicle with better specs and performance. At first, the owner attempted to trade-in his Model S 75D for a P100DL. However, Tesla’s trade-in offer was not up to the owner’s expectations, so he came to Rich for help with the upgrade.

The owner then obtained a P100DL that was involved in an accident for $30,000. Despite the vehicle being totaled, its electric motor and battery were usable. The upgrade process required Rich and the team at the Electrified Garage to remove the 75D’s rear drivetrain and battery, which packs 329 horsepower and an EPA-estimated 259 miles of range.

The removal of the battery pack is not usually necessary for drivetrain replacements. However, for the Model S 75D to be upgraded adequately to a P100DL, the two vehicles’ battery packs needed a swap. The differences between the motors required a replacement of power cables from the motor to the front junction box as well, which sits near the front of the vehicle. According to the Tesla Model S Owners Manual, “The front junction box provides power to various components, such as the Battery heater, the air conditioning compressor and the cabin heater.”

The team ran into a small issue when replacing the rear junction box. The cables from the 75D’s junction box lock into the part, so the Electrified Garage team chose to swap out this junction box with a component from the P100D. Additionally, the Model S 75D’s drivetrain harness was too small to handle the P100D’s motor, so the team had to utilize the performance version’s harness, which required a complete swap out as well.

The cooling systems between the two vehicles were also slightly different and required attention. The 75D’s cooling system only utilized one line and is cooled by oil with a heat exchanger installed. The P100DL’s drive unit, on the other hand, has two coolant lines which connect directly to the motor itself. This step required a small modification from the Electrified Garage team so the vehicle would operate correctly.

After completing the project, the owner took the 75D’s motor and battery, along with the rest of the P100D, and sold them. The project set the owner back only $33,000 in total, including $9,000 in labor costs from the Electrified Garage.

The upgrade in drivetrain and battery pack for the Model S 75D gave ultimately resulted in a Model S P100DL for a vastly reduced price. In the case of Rich’s recent project, the owner was able to obtain more range, speed, and horsepower without spending about $100,000 for a new Model S P100DL.

Watch Rich Rebuilds’ video on the Tesla Model S 75D conversion to a P100D below.