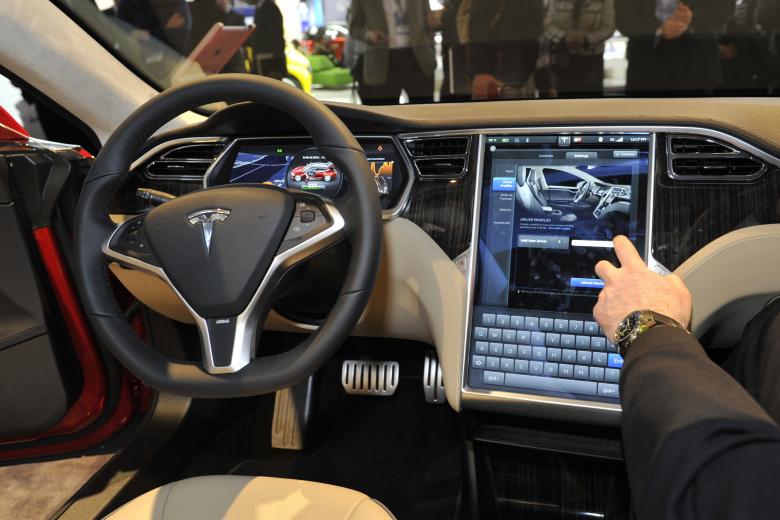 Consumer Reports released results of its 2014 Owner Satisfaction survey and it has Tesla Motors in the top spot with 98 percent of Tesla Model S owners saying they would buy the car again. This annual survey covers 350,000 vehicles from one to three years old.

The Consumer Reports owner satisfaction survey says,”Not only is the Tesla roomy, comfortable, and a lot of fun to drive, but it also has low operating costs.”

Tesla Motors has only one production vehicle at this point and, yes, minimal maintenance is a great attribute but a big point of differentiation that seems to get lost is the center stack touchscreen. I’m no luxury car expert but I have seen many new luxury cars in 2014 and no automaker comes close to matching impact of the center console and infotainment system.

I shouldn’t even use “infotainment” system to describe the Model S’s center stack, the word seems dated.

The Silicon Valley automaker will continue win these satisfaction surveys over other automakers due the utter joy and reliable design of the center stack.

Tesla Motors has made it look easy, why?

Originally, most automakers did not recognize it as a core competence and Tesla employees possess a great deal of technology experience, along with the opportunity to build a new system from the ground up. Small companies needs to leverage innovation and they did here.

At the EV Roadmap 7 Conference in Portland, Ore. this summer, I sat in on the “Operating Systems for Cars” session, which had Matt Jones from Jaguar Land Rover talking about some of their mistakes with legacy operating systems. Jones mentioned a simple platform mistake in early 2000s set the automaker back about five to seven year with its its infotainment system and operating system, in general.

Jaguar Land Rover has an active hand in its infotainment system and it leverages the Linux open source community and uses Automotive Grade Linux, Tizen Project (IVI branch), and GENIVI, currently. Jones has a new team and facility in Portland, OR, that is dedicated to open software for automotive functions.

So how important is infotainment?

Consumer Reports released its annual Reliability Survey this fall and this survey comprises all aspects of the car, including the infotainment system. Sure enough, the survey finds, “complaints about “in-car electronics” were the most grumbled about element in new cars. Problem areas included things like unresponsive touch screens, issues pairing phones and multi-use controllers that refused to work right.”

Going forward, I’d really like to see more surveys focus on Tesla’s center display stack and dig a little deeper on customer satisfaction in that area.

What do you like the best about the Model S’s center console? Or dislike?