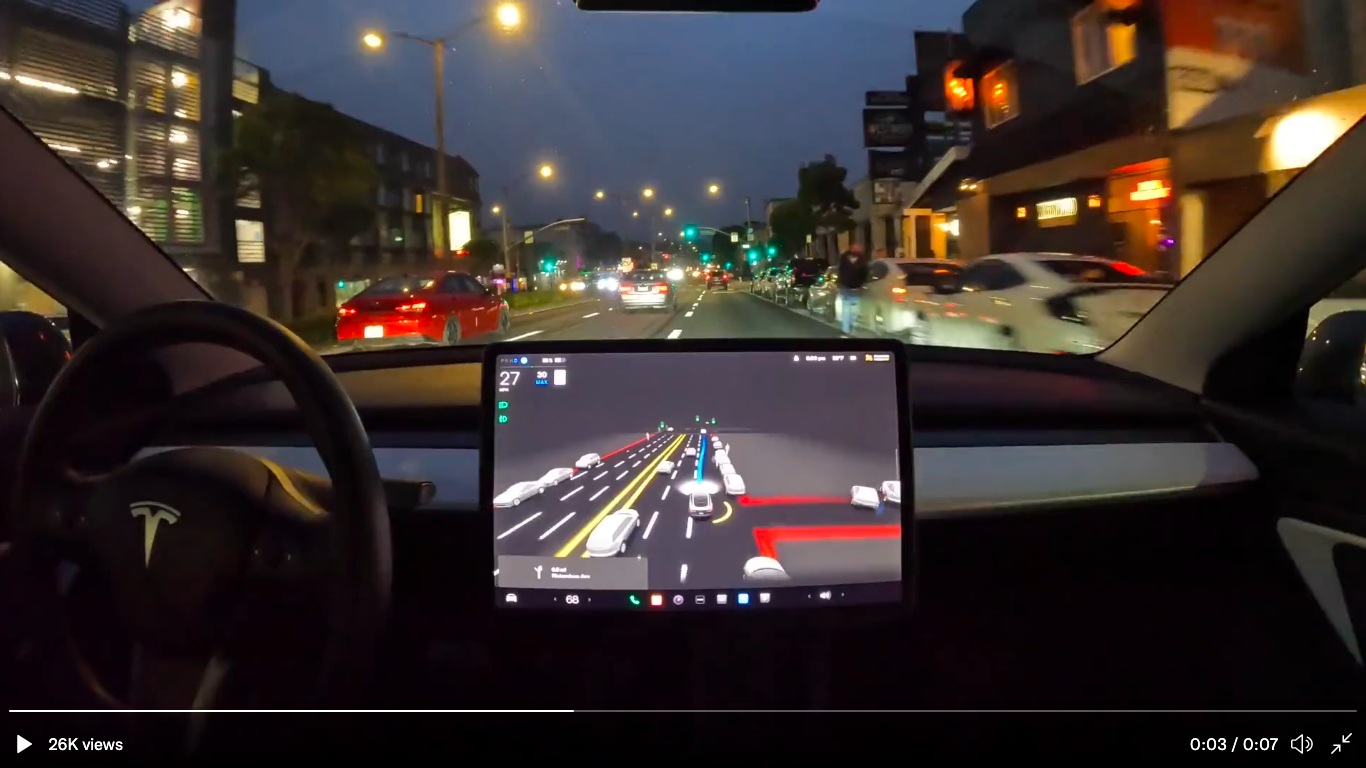 Tesla’s Full Self-Driving (FSD) Beta quickly reacted to a pedestrian exiting their car. In a video posted by @WholeMarsBlog, you can see the pedestrian on the right side as they opened the door and stepped out of the car. Tesla’s FSD Beta was quick to respond and it happened in under 7 seconds.

As you can see in the video below, FSD Beta quickly maneuvered to avoid hitting the pedestrian.

He added the following thought in a second tweet.

“This is something a human driver can easily miss… now we have the technology to put an AI-powered second set of eyes in every car at all times. It’s a game-changer.”

I may not drive or own a car, but I have seen Tesla’s FSD Beta in action. When I was in Austin earlier this month, Gail Alfar was using FSD Beta. The artificially intelligent powered software uses remarkable speed to avoid disasters.

I think Gail and I were shocked when FSD seemed to realize that a pedestrian waving for us to go as they were trying to cross the street. Either the software recognized the wave or realized that the person wasn’t going to cross. The pedestrian also turned away back toward the median they were standing on. It was pretty cool to witness.

Elon Musk Talks About The Inspiration Of Autopilot & FSD.

In my interview with Elon Musk earlier this month, he spoke about the inspiration that led to Tesla’s Autopilot and FSD.

“One of the things that really convinced me that we need to go as fast as possible with autonomy was that we had a Tesla owner in the Bay Area–he fell asleep at the wheel and ran over a cyclist and killed the cyclist. And I was like, ‘well, if that car had been on Autopilot, that cyclist would still be alive. So we got to hustle and make Autopilot work.'”

I’ve seen FSD Beta stop for two cyclists in person and shared that experience with Elon during our talk.