Just about ten months into the project, the first photographs of the interiors of Tesla Giga Berlin’s Drive Unit and Body in While facilities have been posted. These photographs are the first looks inside of the buildings that will eventually produce all-electric cars for the European market.

In a clever posting titled, “Gigaleaks,” @Gf4Tesla on Twitter posted four photographs of Tesla’s Drive Unit and Body in While facilities, giving fans and enthusiasts of the electric automaker their first look inside the buildings.

Insights into the buildings of #GigaBerlin.
sneak previev into the
' Drive Unit ' ( DU )
ground floor and first floor.
View into the ' Body in White ' ( BiW )

Tesla’s Drive Unit facility began to take shape during the Summer months. It was the first building at Giga Berlin to take shape, with its initial pillars and beams inserted into the ground in early August 2020. Since then, it has been erected into a facility, and its walls and roofing have been installed. All that is left to do is install internal flooring, machinery, and other finishing touches as it will likely be Giga Berlin’s first completed building. 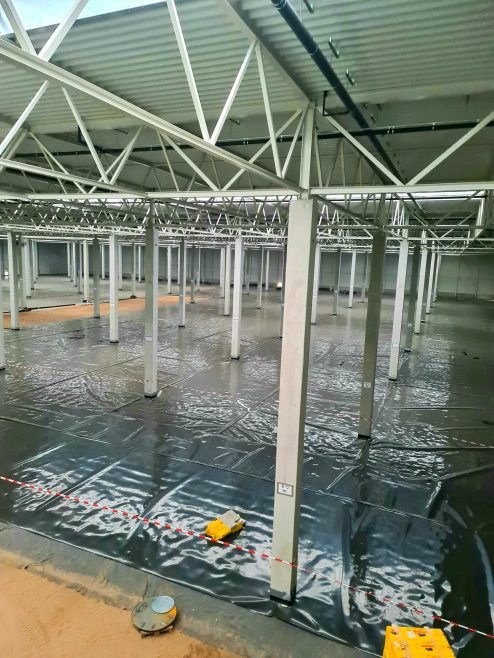 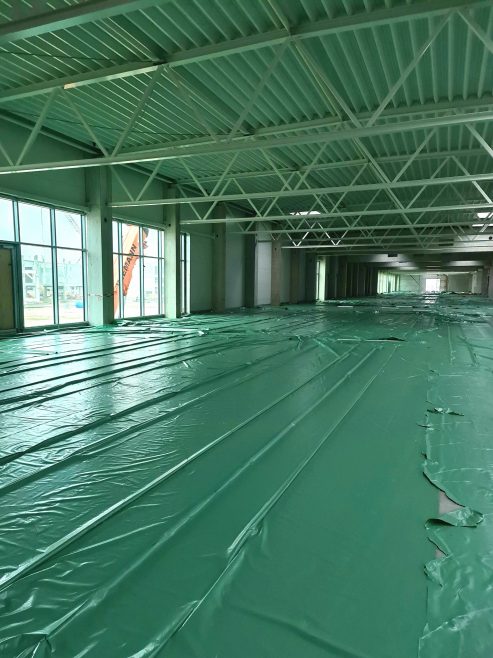 Based on the facility’s final plans, there is still plenty of work to be done inside the Drive Unit building. The installation of plenty of large scale machinery remains with around nine months until Tesla’s planned initial production phases at the plant.

Additionally, the Body in White facility at Giga Berlin is also taking shape. This building, which also started construction in August after the Drive Unit facility, will be where the frame of a car’s body is joined together. It is often the point where the final contours of a vehicle’s body are worked out in preparation for the stamping process. In summation, the first few steps of manufacturing a car will occur here.

This portion of the facility still sports a dirt floor, and construction vehicles are still working within the facility to put the final touches in before working on the interior. 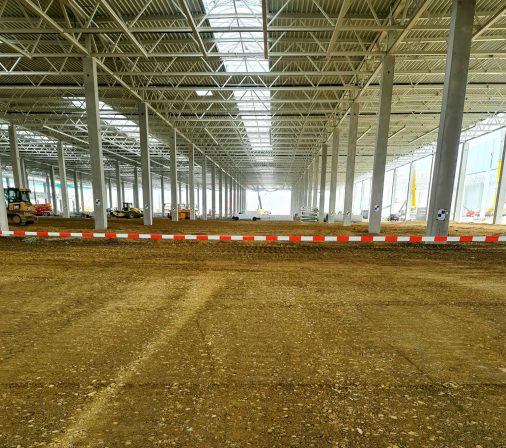 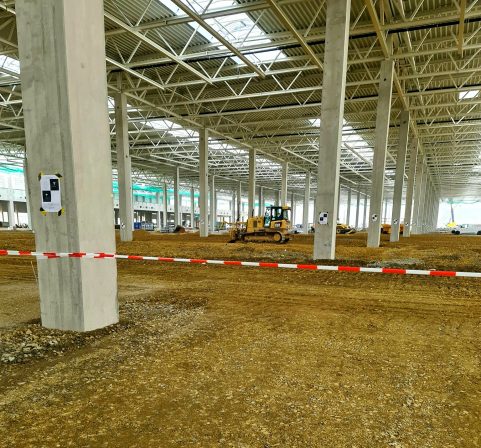 Since Tesla began the construction processes of Giga Berlin in January 2020, the company has shown that its accelerated building processes will erect a new production plant at record speed. The contracted construction crews at the facility utilize prefabricated methods to ensure a fast and efficient building process of each structure. Some portions of the buildings are put together at a separate location and then transported to Giga Berlin’s property for installation.

Tesla doesn’t plan to begin the first production pushes of the Model Y at Giga Berlin until July 2021. However, some pre-orderers have received emails indicating that they should prepare for delivery in Q1 or Q2. Ultimately, Tesla will begin manufacturing and deliveries in 2021 at some point, but an exact date isn’t known. Regardless, Giga Berlin will be nothing like any of the other already-existing Tesla production plants. It will have a world-class paint facility and is expected to produce battery cells for Tesla’s cars, making it one of the most robust and technical plants that the automaker will have in operation.