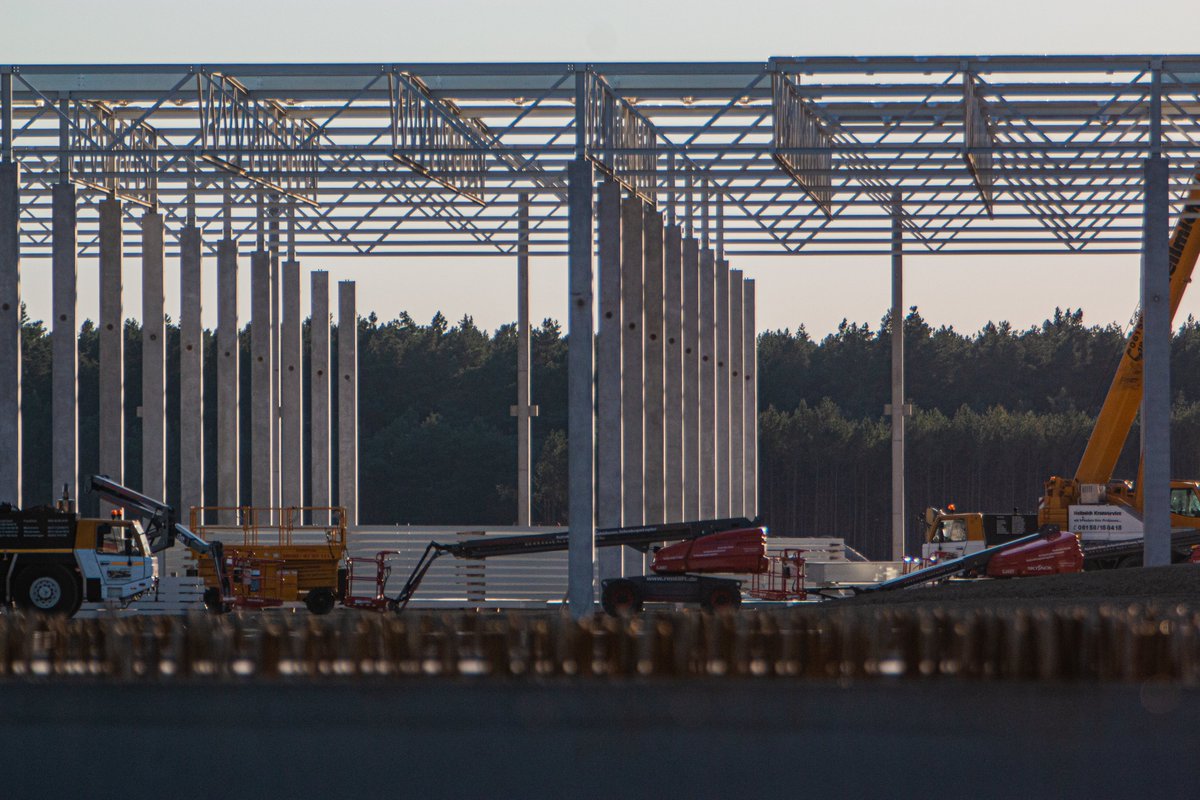 Tesla’s Gigafactory Berlin is arguably the company’s key to its expansion into the European market, especially since the facility will be starting its operations with the production of the Model Y. For Tesla to establish a strong presence in the region, the company would have to ensure that its Germany-based factory is ready to begin its operations as soon as possible.

Fortunately, it appears that work on Gigafactory Berlin is hitting its stride. Over the past months, the GF4 site has transformed from a freshly flattened field to a growing complex that is becoming quite reminiscent of the first phase of Gigafactory Shanghai. Recently-shared images of the Giga Berlin site have even revealed that the drive unit building is now being built.

As could be seen in pictures shared by @gigafactory_4, the Giga Berlin complex continues to be quite active today. The drive unit building’s roof is now being constructed, and the same goes for the company’s west painting building. Interestingly enough, a future hazmat area is now being cleared of top soil, and the initial sections of the Phase 1 building are now being laid with prefabricated walls.

The progress of Gigafactory Berlin has been surprisingly quick, to the point where the site is practically rivaling the speed of Gigafactory Shanghai, which was constructed with China’s 24/7 near-surgical building processes. This is partly due to the use of prefabricated building techniques, which allow the first phase of the facility to be set up quickly. The quickness of Giga Berlin’s construction also stands in stark contrast to Germany’s infamously extended projects, such as the airport in Berlin.

Tesla appears to have a number of unique plans for the Gigafactory Berlin site. Elon Musk, for one, has stated that the facility will be the first Tesla factory that will be equipped with the company’s next-generation paint shop, which would provide novel color options to customers. The first of these colors, which Elon Musk has dubbed as Deep Crimson, has been spotted recently in a Tesla Model S at the SpaceX headquarters in Hawthorne. The vehicle, interestingly enough, appears to belong to Elon Musk himself.

Elon Musk has also stated that the vehicle that will be produced in the GF4 complex will feature innovations that will make it easier to manufacture. The CEO outlined these points during Tesla’s Q2 2020 earnings call. “We’re getting way better at making cars. You can see that in Giga Shanghai. You’ll see that even more with Berlin. And we’re really changing the design of the car in order to make it more manufacturable. The fundamental architecture of Model Y will be different in Berlin. It may look the same, but the internals will be quite different and fundamentally more efficient architecturally than what we’ve done to date,” he said.