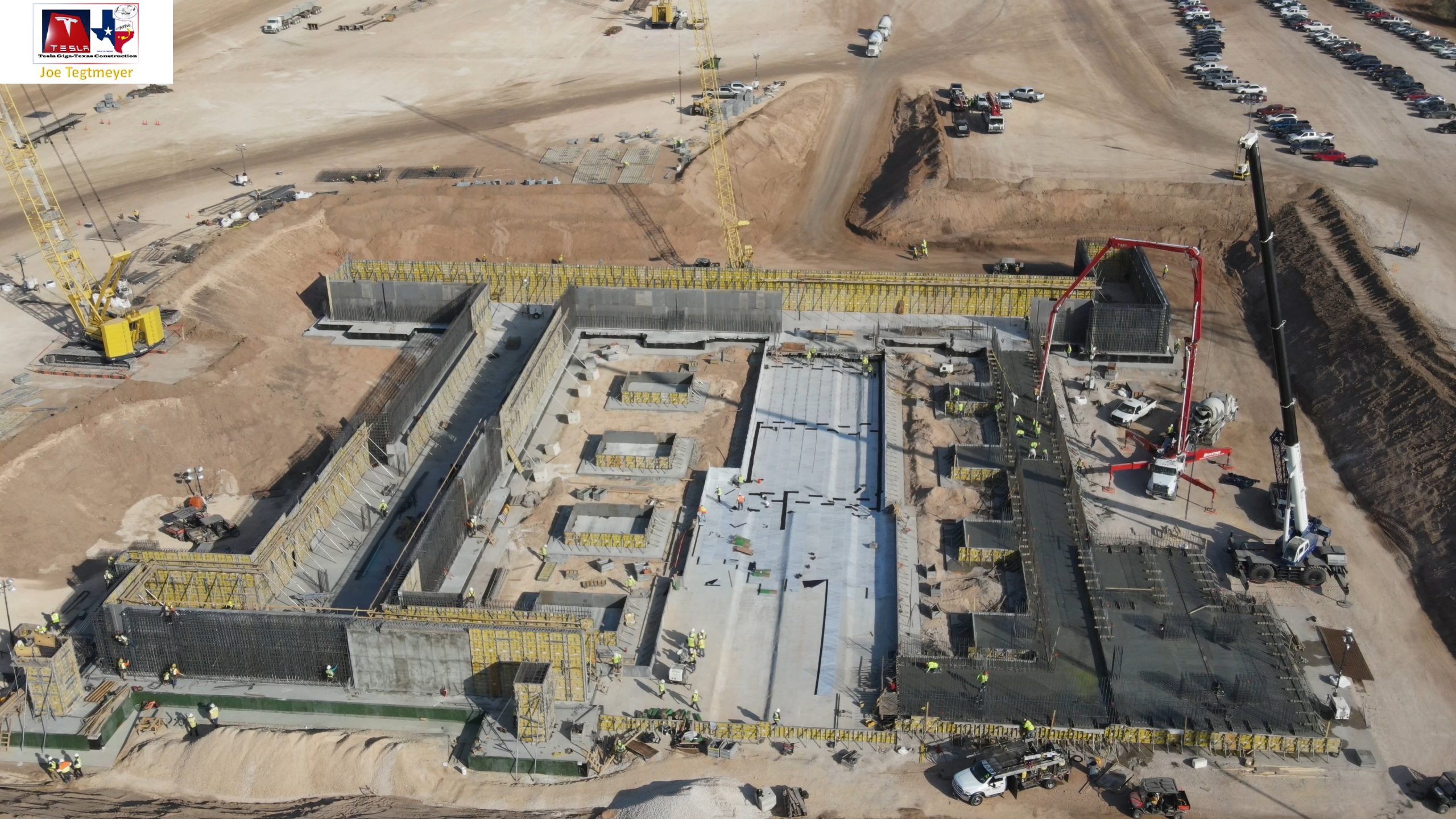 Tesla Giga Texas workers may already be building the foundations for the factory’s casting facility and paint shop. Tesla owner and drone operator Joe Tegtmeyer flew his drone around the complex and discussed all the progress that the electric car maker has made at Gigafactory Texas in his most recent video.

The most interesting parts of his discussion referred to changes in to the “Great Big Pit,” as Joe calls it. The drone-operator noted that workers were busy adding more concrete to the Big Pit area, located at the south side of Giga Texas.

A little further away from the column footings was a smaller pit with modified cutouts that stood out to Tegtmeyer. He speculated that the pit with the strange edges might be the area marked for Tesla’s casting facility. The cutouts looked similar to the ones seen at Giga Berlin’s Model Y casting building and may be enough to house 8 to 10 of Tesla’s bespoke “Giga Press” machines from IDRA Group. Gigafactory Texas is expected to commence production with Tesla’s Model Y sometime in 2021.

In another part of the Big Pit, the drone-operator focused on an area where a new room structure looked to be taking shape. He believes it will turn into Giga Texas’s paint shop. Tesla CEO Elon Musk said Giga Berlin’s paint shop would be revolutionary, largely thanks to the machines from Geico Taikisha. Giga Texas may use the same machines in its paint shop. Musk did say that Berlin’s paint shop technology would make it to Tesla’s other Gigafactories eventually.

Tegtmeyer’s video revealed much more than the potential sightings of Giga Texas’s casting facility and paint shop. Tesla seems to have ramped work on the site as multiple clearings are either being formed or growing with each passing day.

Besides Model Y production, Gigafactory Texas will have the daunting job of manufacturing Tesla’s unique EV pickup truck. The Cybertruck will be Tesla’s first entry into the pickup truck market and holds great potential for the company’s growth, in many different ways. Tesla plans to start initial Cybertruck production in 2021 as well.

Check out Joe Tegtmeyer’s most recent flyover of the Tesla Gigafactory Texas site in the video below.