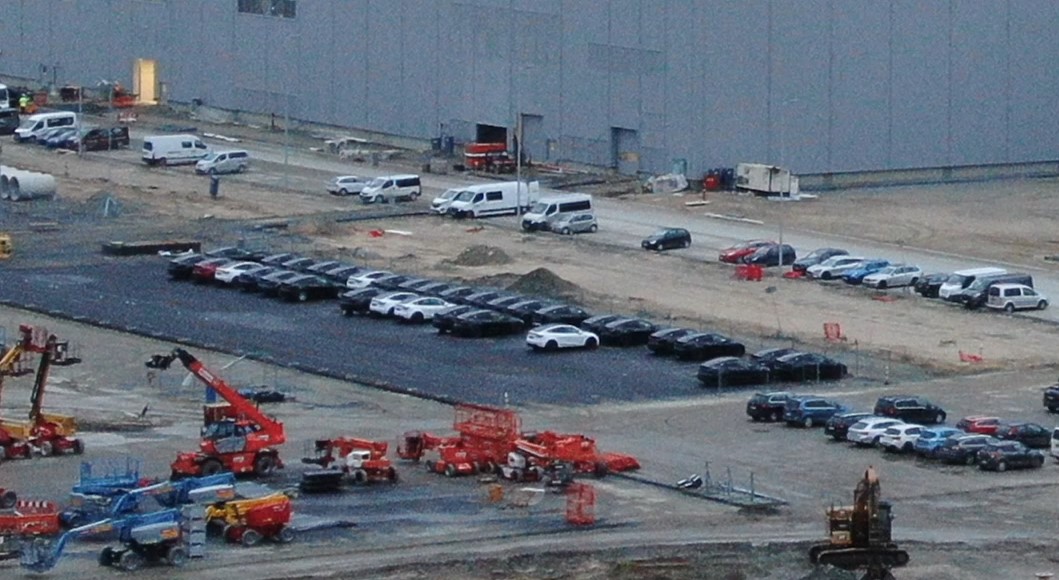 Local Giga Berlin observer, Tobias Lindh, has been keeping a close eye on Tesla’s Gigafactory in Germany this week. He reported seeing 12 Model Ys whisked away a few days ago and 33 more parked at Giga Berlin on Wednesday, January 5.

Most recently, Lindh spotted three Model Y vehicles that appeared to be painted in Giga Berlin’s three color options, namely Deep Crimson Multicoat, Abyss Blue Multicoat, and Mercury Silver Metallic. There were also black and white cars among the Model Ys parked at Giga Berlin. The colors were leaked back in October 2021 via Tesla’s mobile app.

The Model Ys seen parked at Giga Berlin are most likely test production units as Tesla has not received full approval to produce or deliver vehicles by Brandenburg’s State Office of the Environment yet. It is unclear when Tesla Giga Berlin will receive full approval and officially start vehicle production. Discussions on any objections to Tesla’s Gigafactory finished last year.

The State Office of the Environment has not provided a specific timeline on when to expect full approval. However, Tesla’s approval process seems to be going smoothly—as smooth as things can go in Germany anyway. Tesla Giga Berlin already has a new neighbor, Germany’s IG Metall union, which hints that the EV factory will eventually start operations.

Tesla Giga Berlin could significantly increase the EV manufacturer’s production and delivery numbers in 2022, even if it doesn’t reach full capacity by the end of the year. Tesla crushed expectations in Q4 2021, exceeding 300,000 vehicles deliveries. The company delivered almost 1 million cars in 2021, ending the year with 936,172 handovers.

Tesla’s end-of-year numbers are staggering considering that only Giga Shanghai and the Fremont Factory produced those vehicles. Once Giga Berlin and Giga Texas start production, Tesla will surely see 1 million handovers, or likely even more.

Check out the latest video of Giga Berlin below!