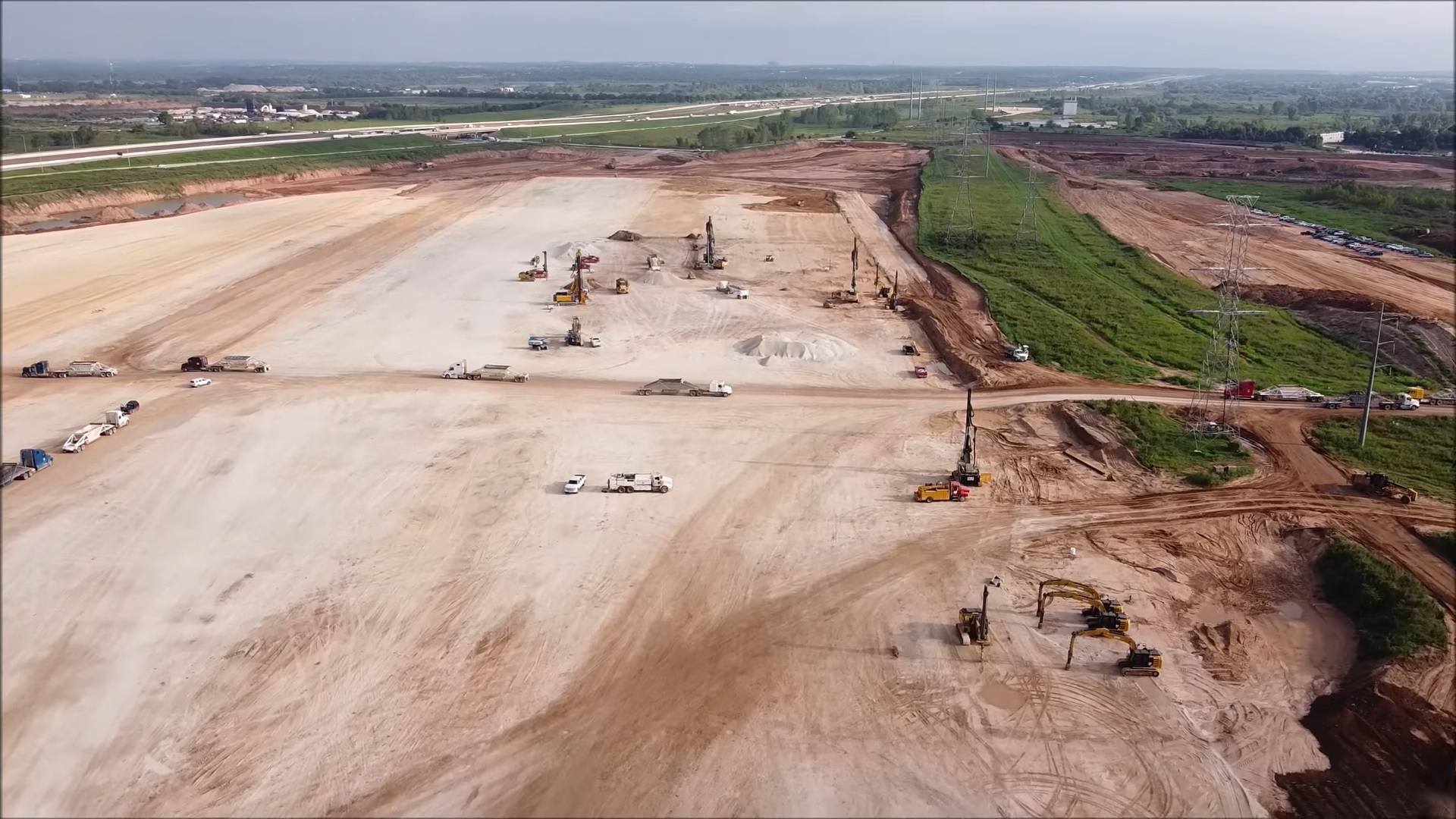 Tesla’s construction plans for its newest Gigafactory in Texas were recently revealed on the City of Austin’s official website. In documents filed during the permit process, the shape of the factory itself and specific locations for several landscape features were confirmed. This new information provides a solid basis for comparison to track the step-by-step building process of the future Cybertruck and Semi factory location.

Tesla owner and enthusiast Joe Tegtmeyer has been publishing drone footage of Giga Texas progress updates on his YouTube channel since the first construction vehicles entered the site, and these latest permit images and annotations come courtesy of those efforts. In a video uploaded on September 15th, Tegtmeyer added overlays to drone footage to help viewers identify the features indicated in Tesla’s permit documents. Of particular note were the outlines of the Gigafactory foundation on the site, two switchyards (one temporary), and several water retention ponds to control rainfall that’s typical for the Austin area.

In the flyover update itself, Gigafactory construction does appear to continue its fast-paced progress as expected. A new clearing revealed an old house that will most likely be demolished, and as Tegtmeyer detailed in the video’s notes, it looks as though GeoPier work is being done in the northern part of the site. Efforts to fill in and level where the main factory foundation will go were also underway in the central parts of that area, and construction activity looked to be still drying and filling out the northwestern corner of the main building region where the building’s shape isn’t quite complete. 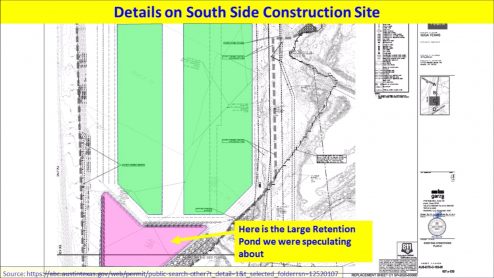 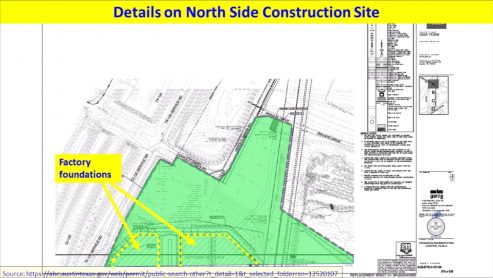 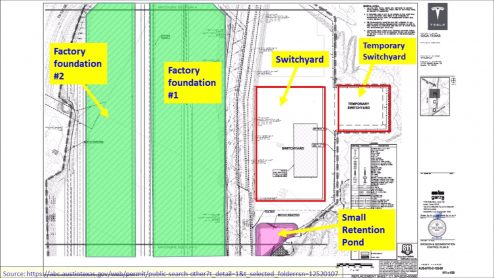 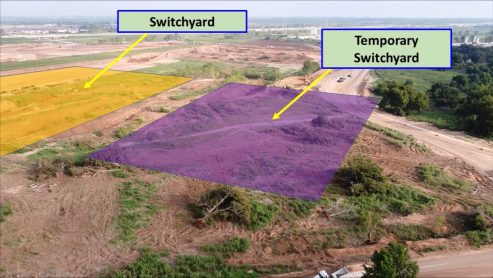 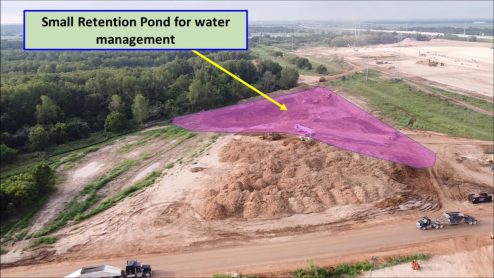 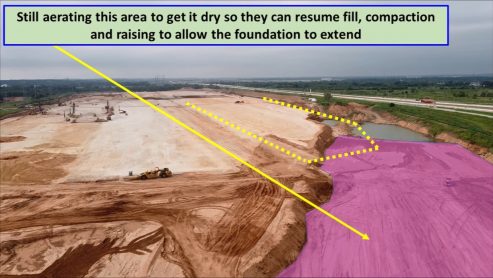 In related news, Tesla presented a rough time frame for the upcoming Cybertruck and Semi factory location in its “Travis County Colorado River Project Partner Pre‐Qualification Presentation,” which is another document recently published on the City of Austin’s official page. Giga Texas estimates a first “dry-in” by December 30th of this year, and a first “substantial completion” is scheduled for May 2021. If completed as planned, this ambitious schedule will be an amazing feat for such a mammoth-sized construction project. Given that work is being done nearly 24/7 and without much regard for weather, the efforts are the very least well-directed. 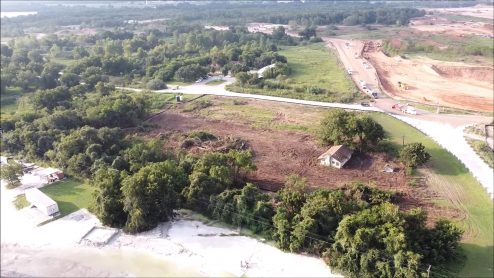 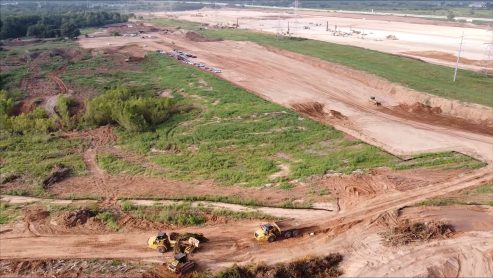 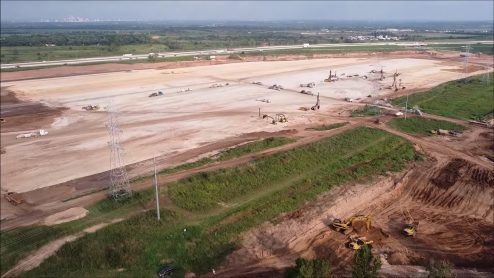 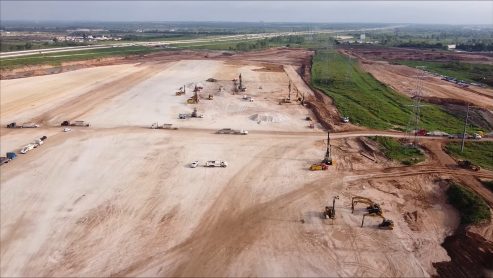 The Tesla Semi and Cybertruck are not the only vehicles expected to be produced at the electric car manufacturer’s Gigafactory Texas complex. During this year’s second-quarter earnings call, CEO Elon Musk stated that the upcoming facility would also be producing the Model 3 sedan and its sibling, the Model Y crossover. Musk additionally detailed that vehicles produced in Texas would be slotted for customers residing in the eastern United States.

Tesla’s newest Gigafactory in Texas also has the potential to house the company’s next-generation vehicle production systems, given the technology developments in play for the Semi and Cybertruck. For example, the electric pickup will not have a stamping area due to the vehicle’s use of steel and XY design, so a unique production line is expected there. Additionally, the Model Y line will likely utilize the company’s “Giga Press,” a huge machine that could give the all-electric crossover a rear body comprised of a single piece.