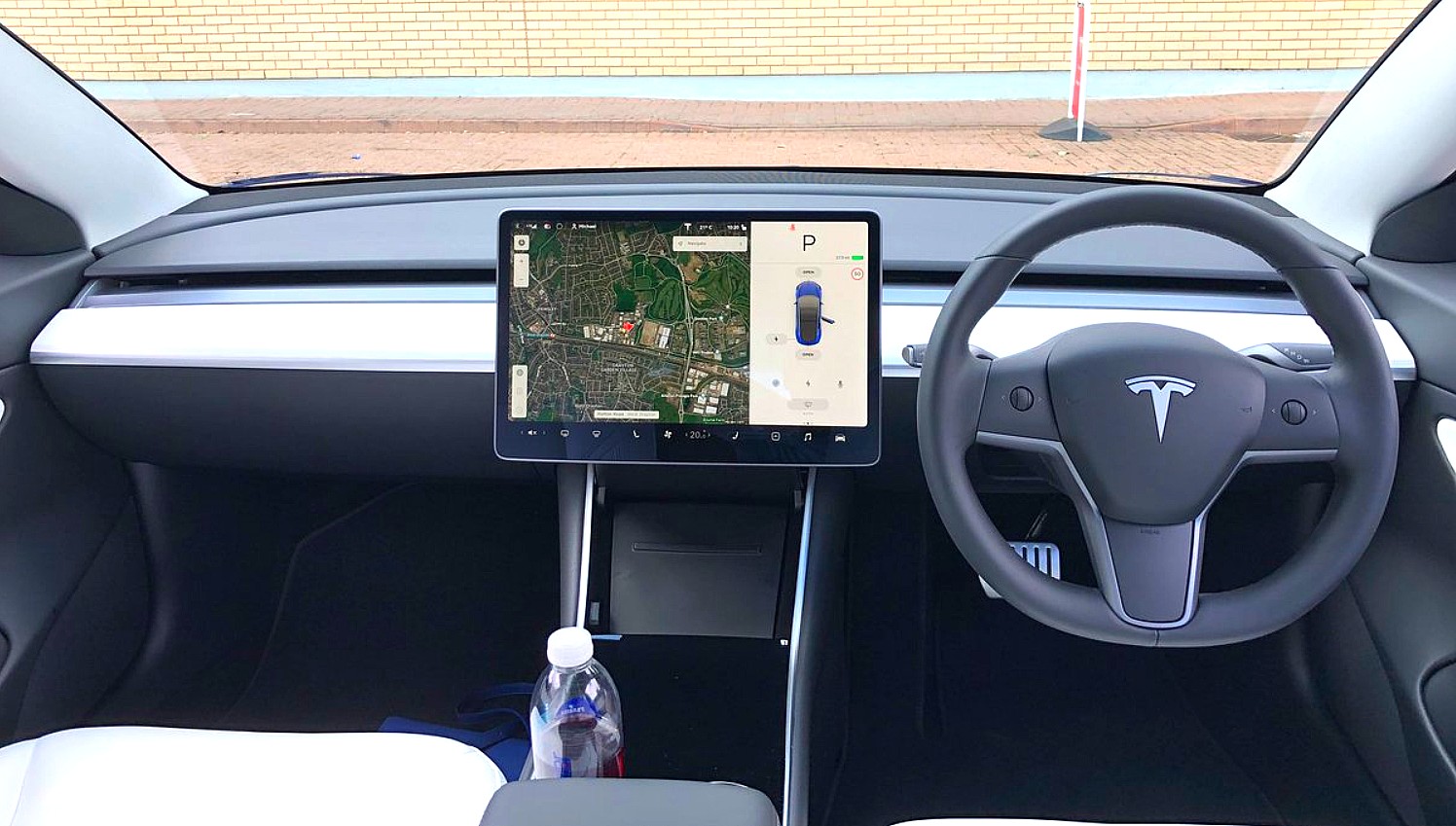 Tesla customers in the UK have begun taking delivery of their Model 3 right-hand drive (RHD) vehicles after a two year-long wait since the all-electric midsize sedan debuted in the US.

The Model 3 RHD variants were first spotted on delivery trucks outside of London earlier this week by a few eagle-eyed UK residents. CEO Elon Musk later acknowledged the cars being towed were intended for customers via Twitter after photos made the rounds on news outlets and social media. “Model 3 arriving in UK,” he confirmed, citing an article featuring the images.

Tesla’s online configurator was opened to UK residents on May 1, as originally promised by Musk, and it appears that the first RHD deliveries went out customers whose orders were placed in the days immediately following. Images shared of a newly-delivered Deep Blue Metallic Model 3 were posted by a UK customer who previously confirmed their order on May 2nd. The same early bird customers also appear to be those who received a text message from Tesla last week promising a June 20th delivery date.

As seen in photos posted by one of the newest UK Model 3 owners, the symmetry of the vehicle has resulted in a seamless, mirror-image production of the left-hand drive variant. Notably, the positioning of the car’s image on the touch screen is also mirrored for right-hand drive customers. Elon Musk previously touted elements of the Model 3 design which specifically enabled multiple driving configurations with only minimal retooling and engineering.

Another UK customer who purchased a Pearl White Multi-Coat Model 3 RHD noted that his vehicle was one of an initial batch of 50 RHD deliveries. Several more shipments are reportedly arriving in the UK soon, though, according to one reservation holder and Tesla Motors Club member who received a call from Tesla indicating the same. Specifically, out of 1,000 cars on the recently-arrived cargo ship Grand Mark, 150 of them are Model 3 RHD set for delivery at the end of June. Following that shipment are two other ships with 2,000 RHD cars each set for deliveries in July and August, per the call from Tesla.

Tesla’s UK customers are eligible for the country’s £3,500 plug-in grant, the deduction for which is included in the online configurator pricing, and are exempt from the daily £11.50 London Congestion Charge. This benefit is currently available for plug-in hybrids as well; however, beginning in October 2021, only all-electric vehicles will qualify. Tesla customers will also have access to the London Ultra Low Emission Zone without paying the noncompliance fee of £12.50. Altogether, UK Model 3, Model S, and Model X owners will benefit from significant savings via their Tesla ownership on top of no longer needing gasoline.

With thousands of Model 3 deliveries yet to come in the UK, Tesla customers in the country may be able to take advantage of a more streamlined manufacturing and order fulfillment process now that the company has a fair amount of logistics under its belt. The current on-time deliveries certainly seem to indicate this may be the case.