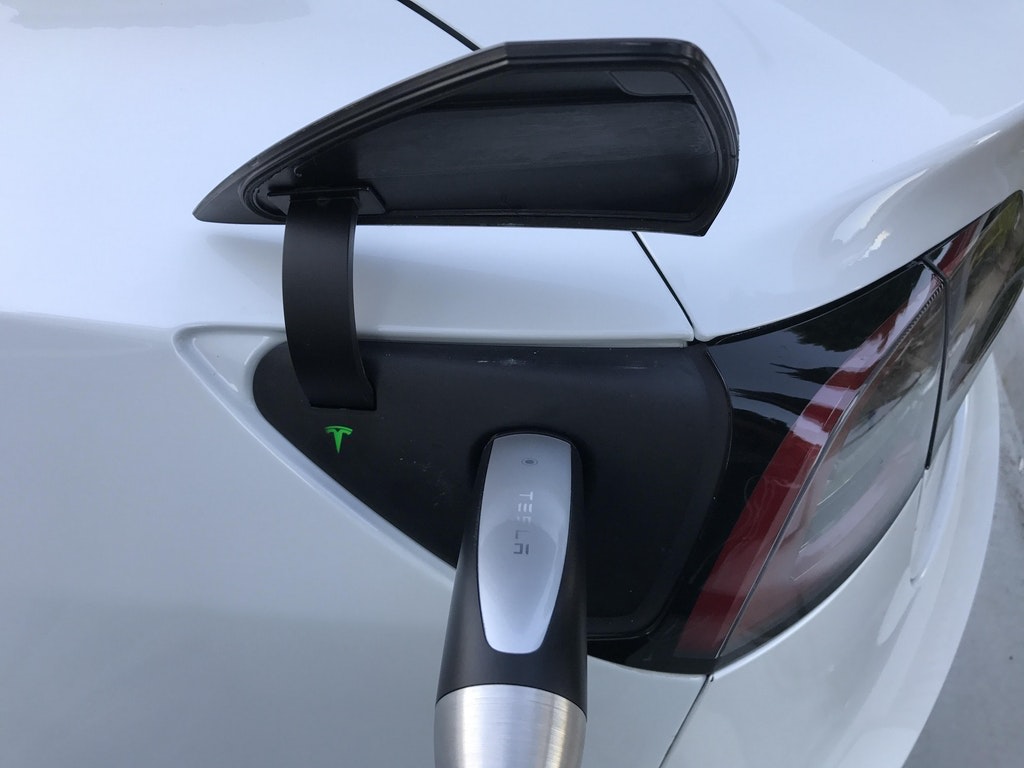 Tesla board member and owner of the fifth production Model 3, Steve Jurvetson, published a new video that demonstrates Model 3’s motorized charge port. There’s been wide speculation that Model 3’s swing-up style charge port door was only capable of self-opening, but Jurvetson’s latest video confirms that the door is also capable of closing on its own. This provides further validation that Model 3 is designed to be a fully autonomous vehicle that will serve as the foundation for the Tesla Network.

With a charge port door that’s fully automated, but can also be manually initiated through Tesla’s mobile app as Jurvetson demonstrates, Model 3 will eventually be able to self-charge through Tesla’s upcoming robotic ‘snake charger’ that CEO Elon Musk has long talked about.

Btw, we are actually working on a charger that automatically moves out from the wall & connects like a solid metal snake. For realz.

The video also gives us a first glimpse of Tesla’s redesigned universal mobile connector (UMC). The seemingly smaller and lighter mobile charger comes as standard equipment with each Model 3. US-based owners have the option to plug their UMC into a 14-50 plug type (50A) or purchase an optional Tesla Wall Connector that was recently added as one of several Tesla Model 3 accessories to the company’s online store.