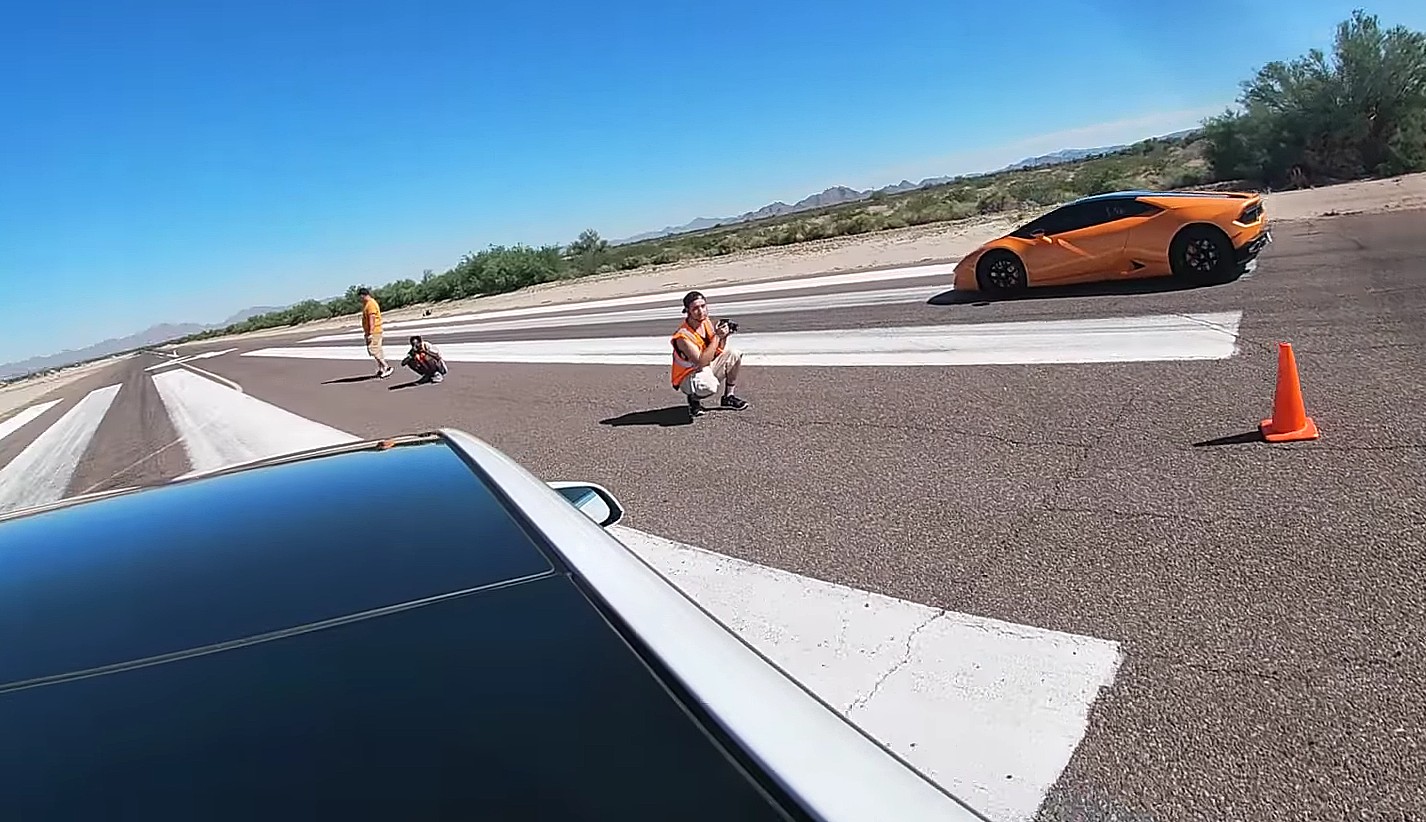 By now, the fact that Teslas are capable of slaying most high-performance production cars on the quarter-mile is common knowledge. With their instant torque, the Model S, Model X, and Model 3 are capable of launching very hard from a dead stop. This is why some motoring publications today have quietly shifted to half-mile races when benchmarking Teslas against the best fossil fuel cars that traditional automakers can offer.

If a video from a Model 3 Performance owner is any indication, it appears that Teslas are becoming a bit hard to beat in half-mile races as well. At the No Fly Zone event at Gila Bend, AZ, the Tesla owner ended up being paired with a formidable foe: a 580 hp Lamborghini Huracan. The Huracan is no joke, and the vehicle is considered as part of the automotive world’s supercar lineup. With looks to kill and performance to match, the Huracan is not a vehicle that one would likely see competing in a race with a four-door midsize all-electric family sedan.

The start of the run was typical of a Tesla vs. gas-powered car drag race, with the Model 3 gaining a quick lead over the supercar due to its instant torque. This continued until the quarter-mile mark, with the Tesla still leading. But then, something remarkable happened. The Model 3 just kept going, all the way to the half-mile point. Mar10 W6, the Tesla owner, remarked that he hit the half-mile mark at around 136 mph and well over a car length ahead of the Huracan. And just like that, Tesla’s most conservative Performance-branded sedan managed to beat an actual supercar in the half-mile.

Looking at the video, several things definitely seemed to have gone wrong on the part of the Huracan. For one, the supercar’s driver appeared to be sleeping at the wheel, and based on how the vehicle performed, it appeared that the Lamborghini was not even in Launch Mode. Perhaps it’s an honest mistake, or maybe it was a good helping of hubris, but one thing is sure: these little errors all built up as the perfect setup for what could only be described as an upset between a bonafide supercar and a family hauler.

Watch the Tesla Model 3 Performance quietly battle a Lamborghini Huracan in a 1/2-mile drag race in the video below.