Tesla has given the Model 3 Performance and Dual Motor AWD a considerable price cut. Now, a fully-loaded Model 3 Performance costs $72,000 without Autopilot and Full Self-Driving, $6,000 less than its initial price of $78,000. Buyers opting for the non-performance variant Model 3 with dual motors and a Long Range battery pack can expect to pay $53,000, $1000 less than before. Tesla’s pricing for Enhanced Autopilot and Full Self-Driving remains the same at $5,000 and $3000, respectively, though FSD will cost $5,000 when added after delivery.

Overall, Tesla was able to achieve a significant price drop for the Model 3 Performance by making some of its features (now dubbed as a $5,000 Premium Package) optional, such as its 20″ Performance Wheels, Michelin Pilot Sport 4S summer tires, carbon fiber rear spoiler, aluminum alloy pedals, and a top speed boost that enables the electric car to max out at 155 mph. White seats and premium paint choices are also optional at $1,500 each. Without these, the Model 3 Performance, with its 0-60 mph time of 3.5 seconds and 310-mile range, could be bought for $64,000. 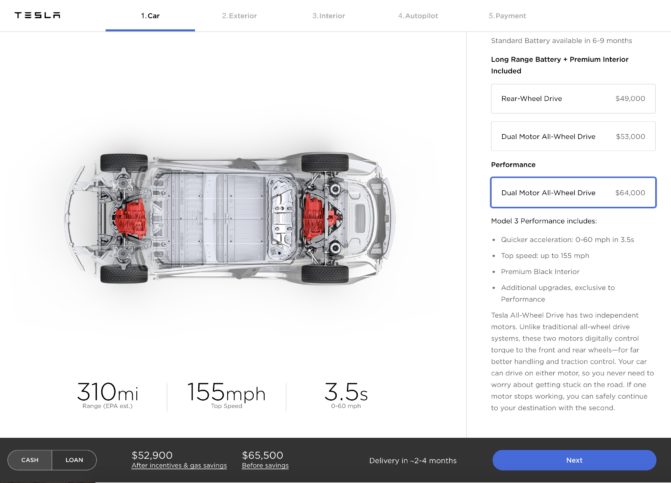 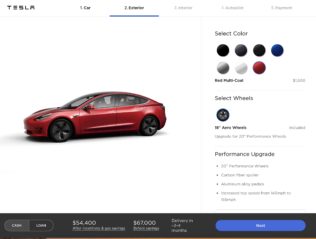 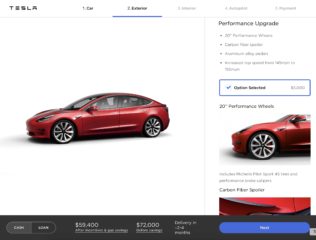 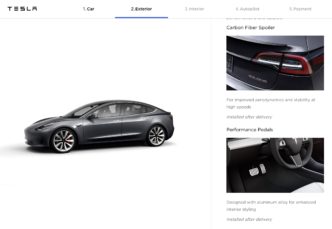 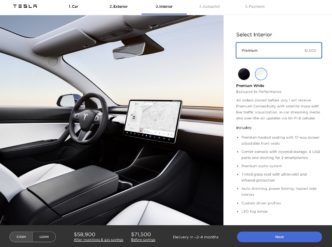 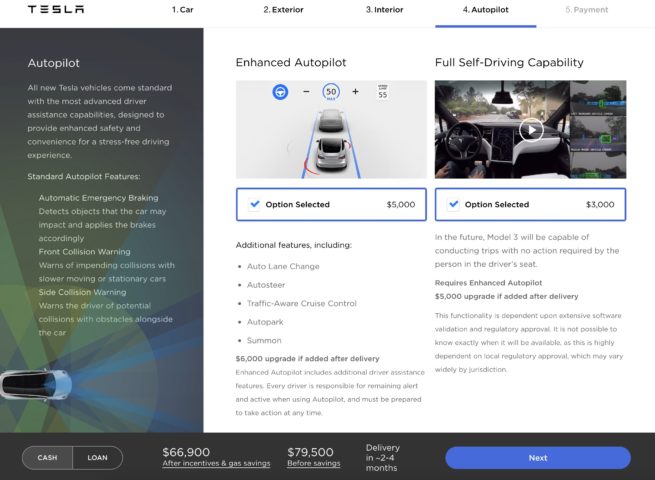 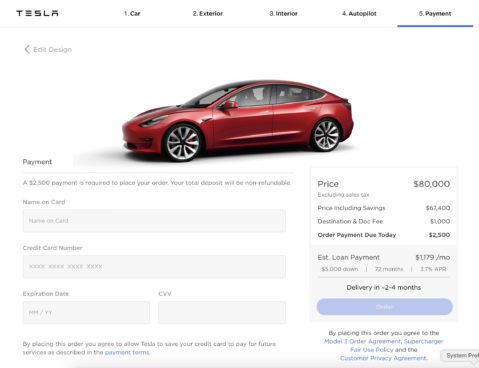 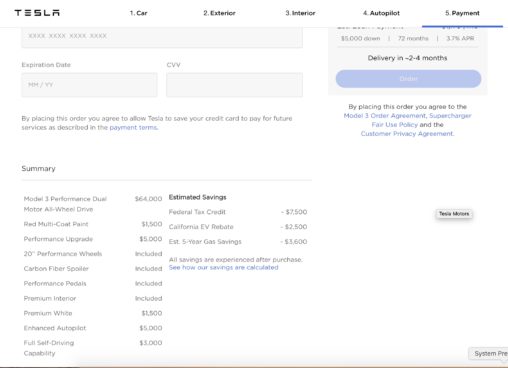 Particularly notable in the screenshots above is Tesla’s inclusion of the company’s Premium Connectivity package, an update that the company announced earlier this week.

An image in the configurator also reveals, for the first time, that Model 3 Performance Dual Motor will have a “Dual Motor” badge with a red underline that Tesla has made synonymous with performance. 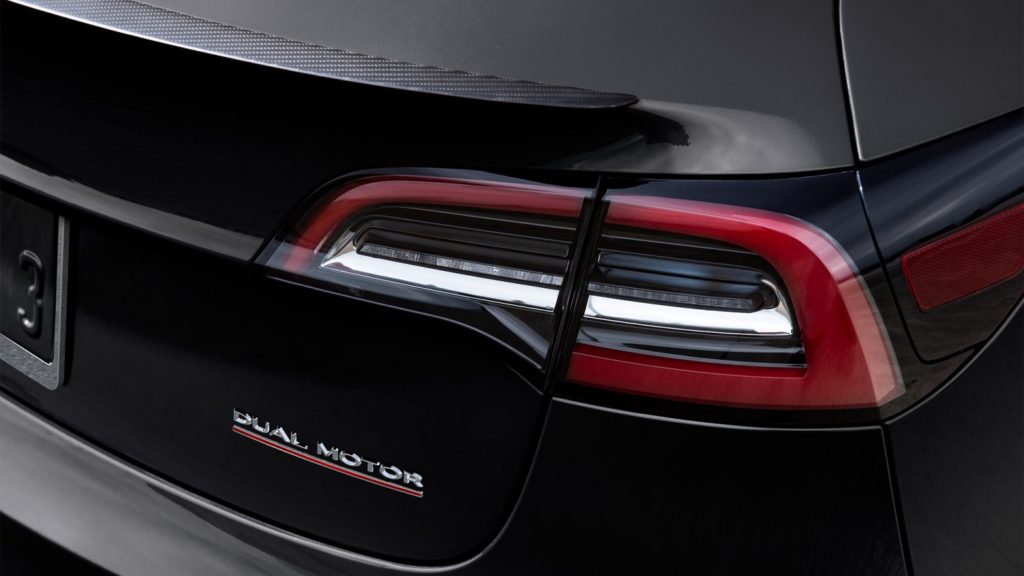 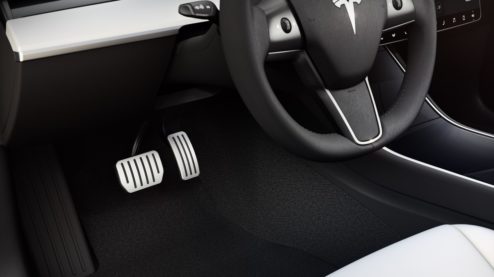 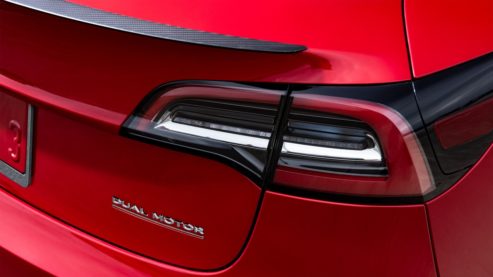 The price drop trickled down to the Model 3 Dual Motor AWD as well. Prior to the recent adjustments, the additional motor for the vehicle cost an extra $5,000. Now, the Dual Motor variant costs only $4,000 more than the Long Range RWD version of the electric car. As of date, the delivery window for the Tesla Model 3 Performance is listed at 2-4 months. The Model 3 Dual Motor AWD, on the other hand, is listed with a 3-5-month delivery window, similar to the Long Range RWD variant of the compact electric car.

The Model 3 is Tesla’s first attempt at making a mass-market vehicle. Since starting production of the electric car in the middle of 2017, however, the production of the car has been beset with challenge after challenge, causing the company to miss its targets for the Model 3’s production numbers. As Q2 2018 ends, however, Tesla is closer than ever to attaining its goal of producing 5,000 Model 3 per week by the end of June, thanks in part to a new assembly line in a massive sprung structure on the grounds of the Fremont factory. In a recent tweet, Elon Musk noted that GA3, one of the Model 3 assembly lines inside the Fremont factory, is practically doing something miraculous. Sightings over the past weekend of lots filled to the brim with Model 3 were also spotted by Tesla fans, suggesting that the company has attained a production pace it has never reached before.