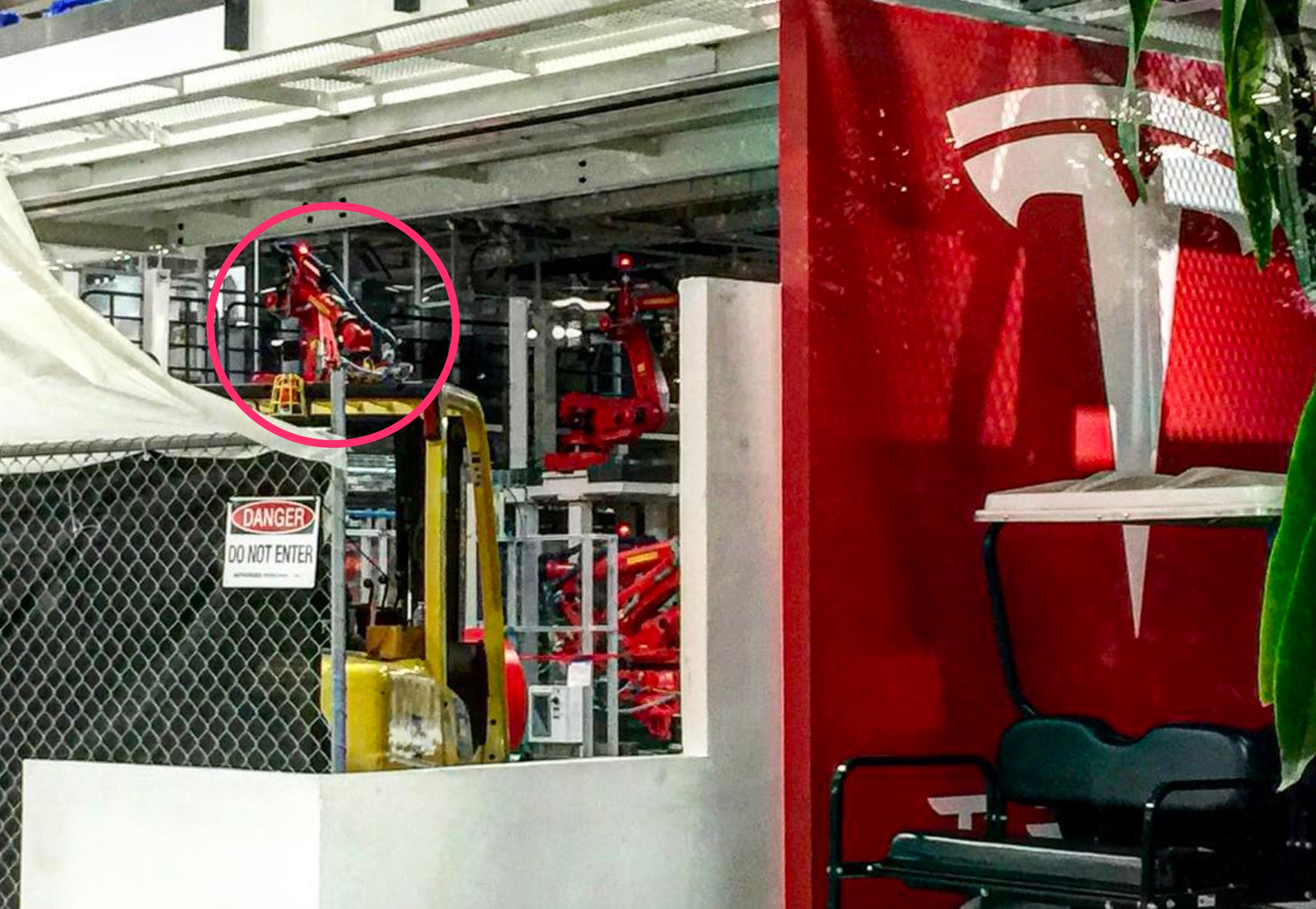 With Model 3 production set to kick off today, devout Tesla fans got a rare glimpse on Instagram at a space-aged production line in the company’s Fremont factory.

The photos feature what appear to be what CEO Elon Musk has referred to as “alien dreadnought” for assembly peeking out from under canvas tarps. The photos appeared on Instagram after an attendee of  Tesla’s most recent invite-only “VIP Factory Tour” managed to snap a quick shot of the Model 3 production line. 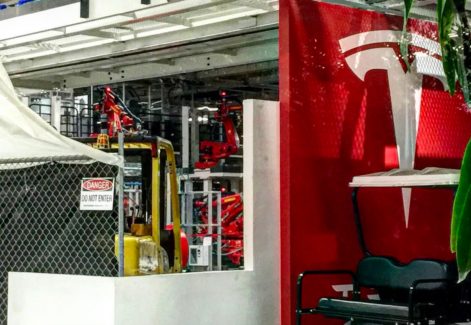 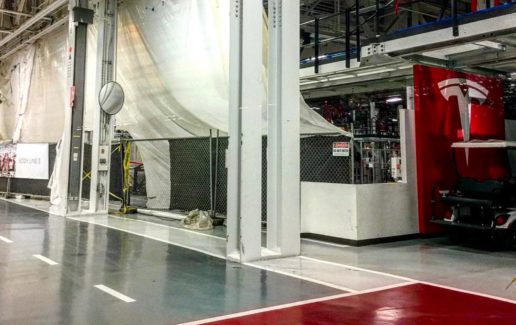 The robots are noted for their range of flexible abilities that include switching adapters and moving across multiple axes, a needed departure from the traditional stamp-and-repeat robots used by other automakers. Manufactured by German-based KUKA Robotics and costing anywhere between $50,000 and $500,000, the machines fit directly in with Musk’s vision of autonomous vehicle assembly, and they will be tasked with completing the first SN1 production of the Model 3 today.

According to prior reports, there are nearly 500 robots at the plant, and their installation can be seen as a major step toward production goals set a couple weeks ago by Musk. Tesla and Musk are aiming to produce around 20,000 Model 3s in December, before ramping to a production goal of 500k vehicles by the end of 2018.Tesla hasn’t released how much it spent on its new robot army, but rumors peg the total cost around $50 million.

All of these factors — the robots, the new Model 3 and the production goals — add up to an affordable, high-volume Tesla vehicle aimed at revolutionizing EVs to become as universal as the iPhone.

Tesla has marked July 28 for the Model 3 launch event where the first 30 customers will be handed keys in front of a live audience.. The event will likely include a presentation from Musk himself, boasting the car’s expected 300-mile range and luxury performance features.

The launch could also feature a showcase of the Project Loveday fan-made Tesla commercials as well as a demonstration from The Boring Company on its progress on an electric skate elevator.

Keep up with Teslarati for behind-the-scenes content on the launch party and emerging details as Model 3 production enters full swing.