A tractor-trailer filled with refreshed Tesla Model 3s from the Fremont production facility is on its way to fulfill deliveries of the all-electric sedan.

Teslarati reader Jens Marklund was driving in the Bay Area near the Fremont facility recently when a tractor-trailer was traveling with multiple builds of Tesla’s revised mass-market sedan were packed onto the back of the vehicle. With white protective tape sitting over the top of the new “chrome delete” cosmetic feature and new rims also being noticed by Marklund, it was clear that the refreshed version of the Model 3 was finally being shipped off to be with new owners. 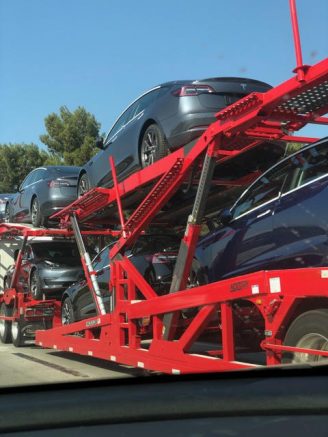 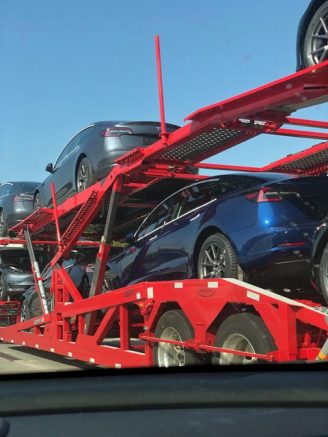 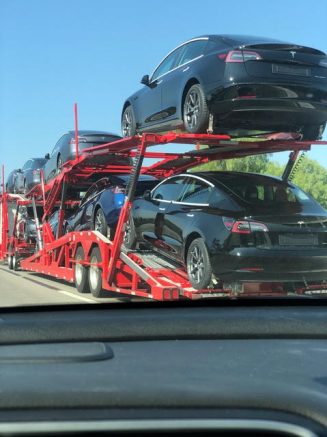 One of the most interesting observations that Marklund made was the appearance of the “flatter” Aero wheels, which came standard on the Model 3’s Standard Range+ and Long Range versions of the car. The Aero wheel’s “caps” could be removed to expose the “visually striking design” that was underneath. Previous designs show protruding wheel spokes, but this has been revised. 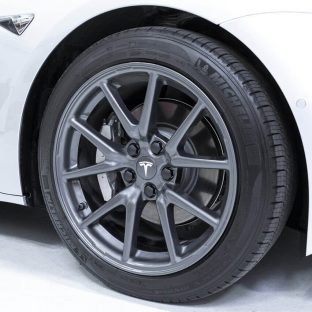 Evidently, the new design is not as “outward” as the previous one, and Marklund believes their flatter appearance reveals a rounded look. The two wheels’ appearance does seem to differ, as Marklund notes, but a closer look and inspection could confirm whether Tesla applied a slight variance to the new design.

Tesla rolled out the new Model 3 design in mid-October 2020. Its Long Range configuration now sports a 353-mile travel capability with a full charge. Along with the previously mentioned exterior cosmetic features, Tesla also revised the center console design, added a power trunk, and introduced new wheels, according to the online configurator.

Teslarati reported on the newly-revised center console design, which now features a new color and opening method, differing from previous models. Interestingly, Tesla did away with the Piano Black color of the interior, which frequently was covered in fingerprints and dust, much to some owner’s avail. However, the new color will alleviate some owners from having to wrap this portion of their car, making it a more well-rounded design that many will likely be in favor of.

The redesign could be applied to builds of the Model 3 in China shortly. However, the country’s design studio on Tesla.cn shows the previous design, which has chrome and the old wheel design.