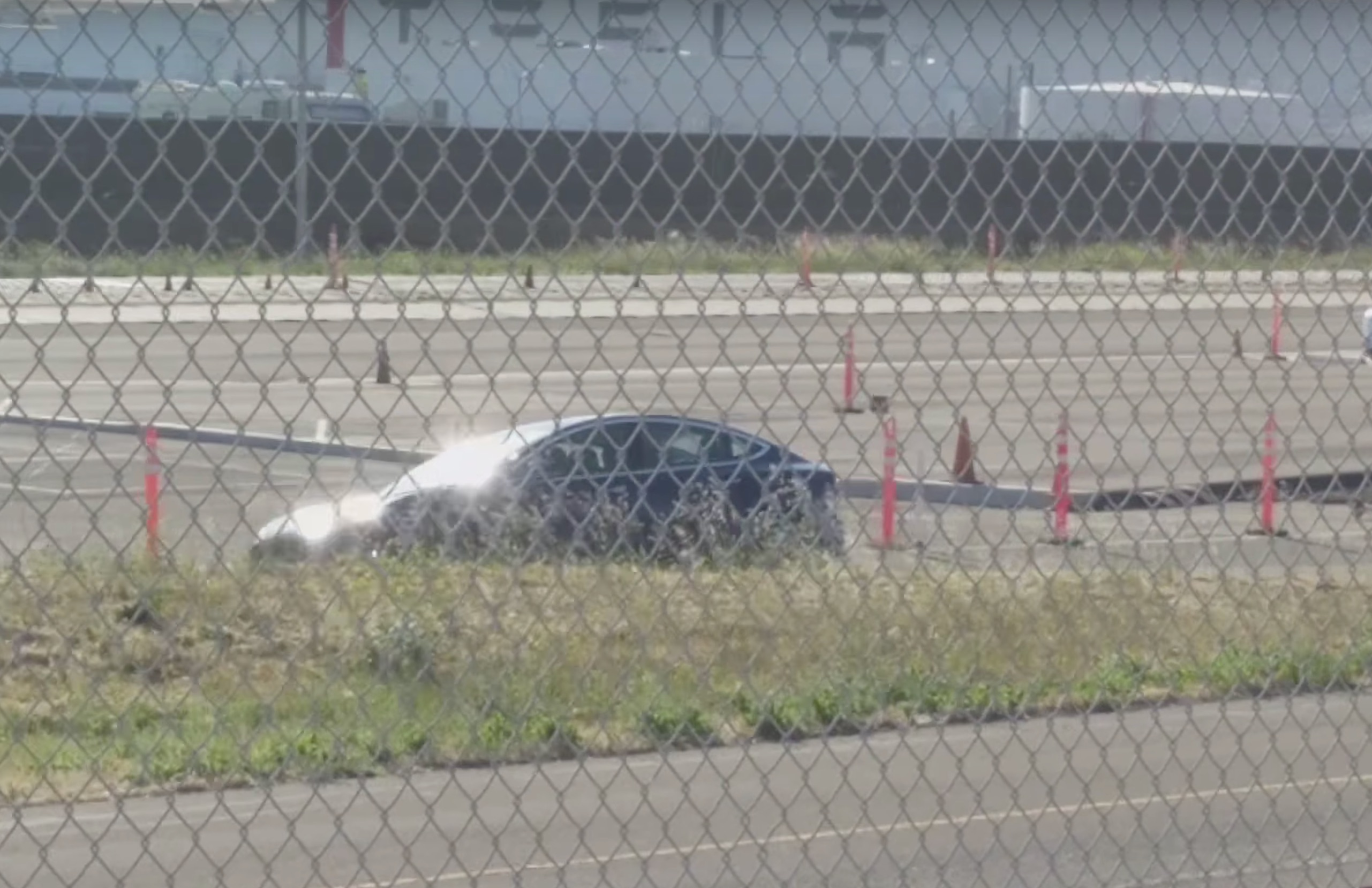 A new video posted by YouTuber Andrew Batiuk includes some great footage of the Tesla Model 3 zipping around the test track located behind the company’s Fremont, California-based factory.

The video opens with the Model 3 waiting on the track with the front trunk (frunk) open and a suitcase popped open with some tools in it. After a brief wait, a Model S showed up with more tools and started “working on” the vehicle. The Model 3 was back on the track after a brief delay and took a few laps before leaving the property.

In the Model S, there isn’t much in the way of mechanical equipment in the frunk area but given the complete ground up approach Tesla took with the Model 3 design, this could have changed. The technician was likely performing suspension adjustments on the Model 3. Unlike the Model S and Model X which includes an electronically-actuated air suspension, Model 3 will initially arrive with a coil suspension.

The videographer followed the Model 3 as it left the Fremont factory track and headed to an offsite commercial park a few blocks away for safe keeping. Seen in the YouTube comments, Andrew noted that “this ‘base’ was an unmarked building, where 20 unfinished Superchargers sat in the parking lot.” With Model 3 and staged Superchargers on site, it is clear that the location is a Tesla facility.

The video is some of the best footage we have seen of the Model 3 in action, and from all appearances it is certainly going to deliver a slightly less fancy version of Model S in a much more affordable package.