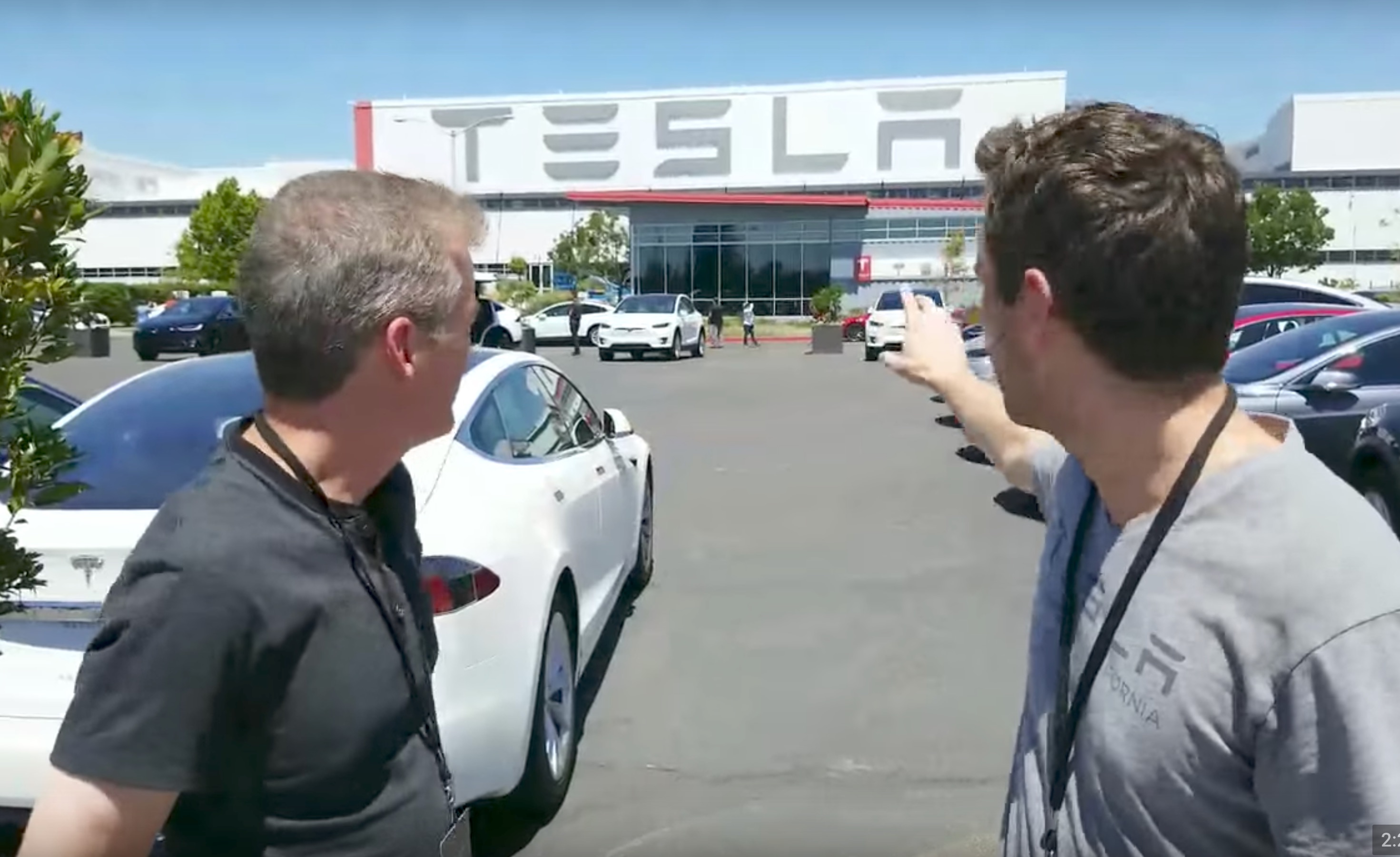 DÆrik shared that they were able to see the Model 3 at the event, but it was an Alpha unit and they were not able to touch it, sit in it, or be driven around in it. The Model 3 experience was a bit underwhelming but that was expected based on confirmation from Tesla prior to the event that the production-ready Model 3 would not be in attendance. With the official production Model 3 reveal and first delivery slated for sometime in July, it doesn’t comes as a surprise that Tesla didn’t put any emphasis on showcasing a release candidate of its upcoming mass market sedan during Friday’s VIP Tour.

Teslarati received reports from attendees who indicated that the VIP Factory Tour was not much different than a standard Fremont Factory Tour. Attendees learned about the history of the factory, were shown various production lines in action and were told about the factory’s commitment to unparalleled safety.

After the factory tour, attendees were whisked away by shuttle to a building across the street from for lunch and a Q&A session with Franz. Luckily for us, DÆrik captured all questions and accompanying responses in his second video update which we posted below. To make it easier for our readers, we have transcribed DÆrik’s account of the Q&A, as follows.

The first 5 questions had been determined in advance, while 10 additional questions were obtained from the live audience. Here are the 5 predetermined questions and answers:

1. How do you feel to have designed the world’s most anticipated car (referring to Model S)?

He didn’t know it would be such a success in the beginning but he felt a desire and a need to just go for it. He felt it was a big opportunity.

2. Did you design Tesla Model S and X to be the safest cars?

The entire design of Model S and X was safety first and everything else was built around that.

3. What was the definition of design vs. style?

Design is more about solving problems and style is more of a personal taste. They are as much designers as engineers at Tesla.

4. What was the most challenging aspect of the Model S and X?

5. What was the design approach for Powerwall and Solar Roof?

Tesla designers were looking at the most efficient way to produce to combine it and make it beautiful. They wanted to make it completely flow as a line of energy products.

The next 10 questions were submitted by the audience.

6. Why did they include the black front end on the fascia of the Model S and why did they switch it later?

It gave a shorter appearance on the front end and made it look lower. He talked about how it framed the badging and helped with brand recognition on the Model S. After the brand had been established, they felt comfortable to refresh the front end.

7. How about a convertible?

8. Design challenges for the Model 3?

To make a truly great affordable project and a sexy car. Sexy car were his words.

11. Favorite challenge to solve in Model 3 versus Model S?

He said he couldn’t go into too much detail but that he wanted to create a beautiful car at the price point without having to give anything up. So the process was generally the same as the Model S.

12. As batteries become more efficient will the space required for them go down or will Tesla continue to increase the overall battery capacity?

The battery on the bottom of the car allows for a ton of flexibility. They will always be looking out and focusing on efficiency and range and performance.

13. There are 120 people on Franz’s team. How many people contribute or is Franz in charge of the overall look and does he delegate?

There are thousands of decisions to make all the time. The team goes through design phases. Some are empowered to make decisions however, Franz likes to stay involved as much as possible. Elon has the final say. They have digital designers, they have clay modelers and everything is designed under one roof.

14. Tesla vs typical auto manufacturers. How do they compare since Franz has history with that?

15. Did your friends think you were crazy when you left your stable career to work at Tesla?

Yes because it was such a new idea. It wasn’t known, they didn’t have a Model S on the road yet but it made sense to him. He had an opportunity to do a product that no one knew and do it from the ground up.

The VIP event was not mind-blowing but one could interpret some of Franz’s remarks as insight on what’s to come. Right? Ahem, Tesla convertible.

A big thanks to DÆrik for jotting down these notes. Be sure to subscribe to the channel here.