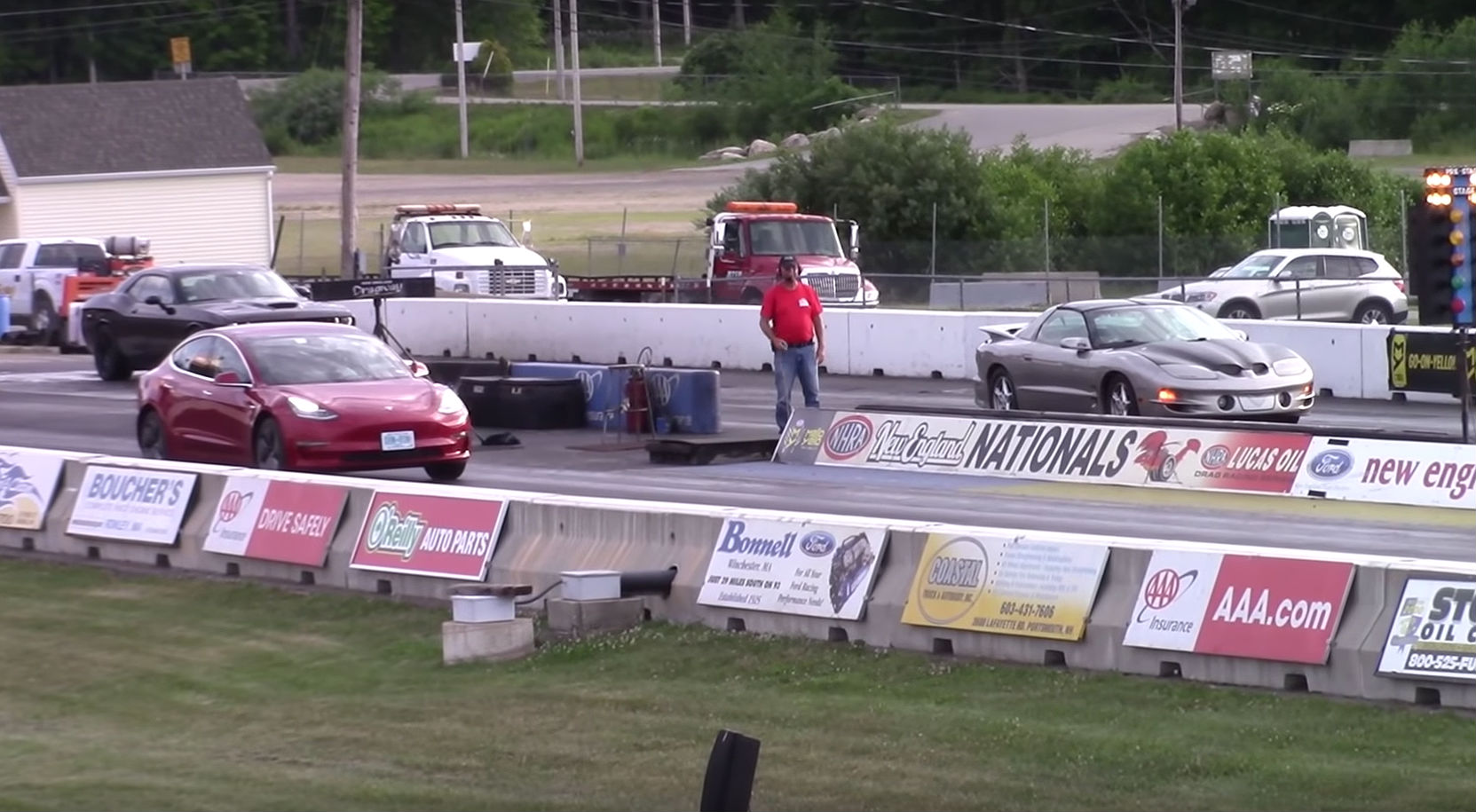 A Tesla Model 3 equipped with range-saving Aero Wheels recently battled an all-American muscle car — the Pontiac Firebird Trans Am. In a standing quarter-mile race, the Long Range RWD Model 3 proved that while it does not have the brutal acceleration of the Model S P100D or the optimized setup of the Model 3 Performance, it still has enough power to make a strong impression on the drag strip.

During the unveiling of the Model 3 back in 2016, Elon Musk remarked that Tesla does not make slow cars. Tesla’s official figures for the single motor Model 3 are quite conservative, with the vehicle having a 0-60 mph time of 5.1 seconds and a top speed of 140 mph. Despite this, however, the all-electric sedan has been steadily gaining some reputation on the track, with the vehicle being able to run hot laps around the famed Laguna Seca Raceway and beating a Porsche to take the winner’s circle in a Time Attack event.

So what happens when the Long Range RWD Model 3 clashes with one of the Firebird Trans Am? Off the line, the Model 3 immediately gained a lead, thanks to the instant torque provided by its rear electric motor. Midway through the run, the Pontiac Firebird found its footing, and it started gaining on the Model 3. Unfortunately for the muscle car, it was a little bit too late, as the Model 3 crossed the finish line soon after.

The race ended with the Long Range RWD Model 3 hitting the quarter-mile mark in 13.68 seconds while traveling at 101.83 mph. The Pontiac Firebird Trans Am, on the other hand, finished the race in 13.74 seconds while running at 111.85 mph.

Watch the Tesla Model 3 battle the Pontiac Firebird Trans Am in the video below.