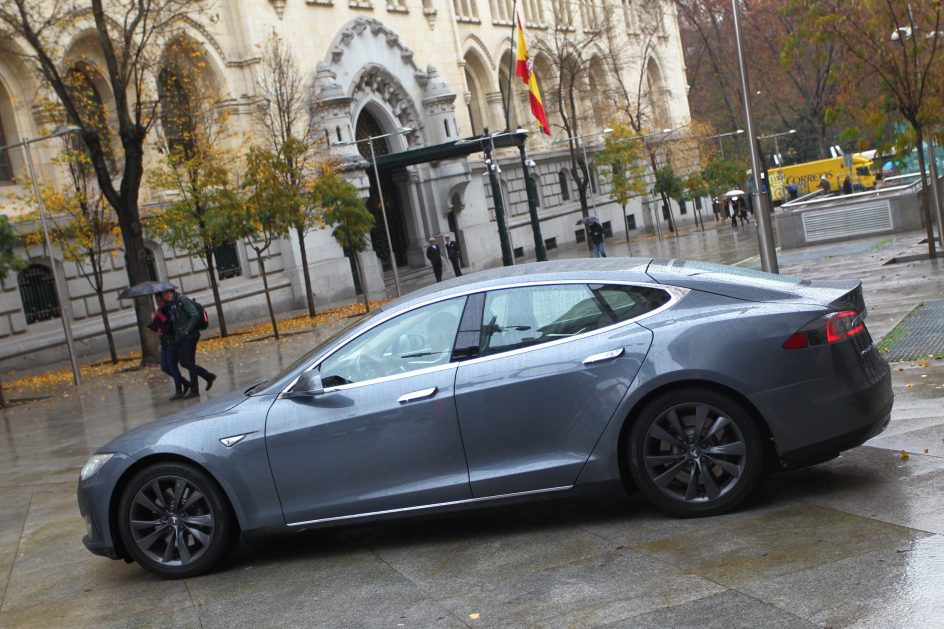 In the hopes of romancing the environmentally-conscious government in Madrid, Uber has chosen the Tesla Model S for its fleet in a definitive shift to electric cars. The program, titled UberONE, comes as Uber continues to be shut down or sanctioned in cities across the globe due to the company’s pattern of circumventing local and regional regulations. UberONE will be a carbon reducing alternative to its other Madrid delivery service, called UberX.

Madrid is led by Mayor Manuela Carmena, who is committed to a sustainable future. Luis Cueto, Madrid City Hall’s Chief Coordinator, was on hand for the Tesla Model S fleet launch. In reaction to its significant struggles with car pollution, the city issued new measures to reduce carbon emissions in November. These included reducing most private vehicular traffic in the city center and strengthening access road speed limits. Seeing the green writing on the wall, Uber decided to introduce clean cars within its fleet to improve its image in the region. “We want to do things that are in line with what the town hall wants,” admitted Carles Lloret, managing director of Uber for southern Europe. “UberONE is another step towards a more sustainable Madrid” with a new company emphasis on alternative means of transport.

The Tesla Model S, a high-performance, long-range electric vehicle that costs around €77,000, began service with UberONE on December 22. Passengers have internet access from a Microsoft Surface Pro 4 tablet as well as access to the music and podcasting service, Spotify. With airport destination ride costs generally between €30 and €32, Madrid UberONE passengers spend a comparable amount to a traditional taxi service. In a calculated move, with a target audience of business executives, UberONE hopes the luxurious, environmentally-friendly choice will become a niche transportation market in Spain.

“Madrid is the ideal city to launch this pioneering service,” Lloret allowed. UberONE says that it guarantees technically sound and insured cars and drivers who are fully licensed to carry passengers. Additionally, drivers must be registered as either self-employed or as a company and be checked for previous traffic offenses. This differs from previous Uber policies that, according to a Spanish judge in 2014, were contrary to the country’s laws and represented unfair competition. At that time, Uber was prevented from conducting business on Spanish roads. UberX was legally permitted in Madrid in April, as it used professionally licensed drivers.

Uber has faced court injunctions in several other countries, including Belgium, France, Germany. and the Netherlands, although it is available in 557 cities around the world. Uber hopes the Tesla Model S fleet will encourage a more welcoming approach from Madrid’s government. “We want to do things that are in line with what the town hall wants,” Lloret said. “We would love to see more licenses awarded in the future, perhaps for greener cars, so there could be more in circulation.”