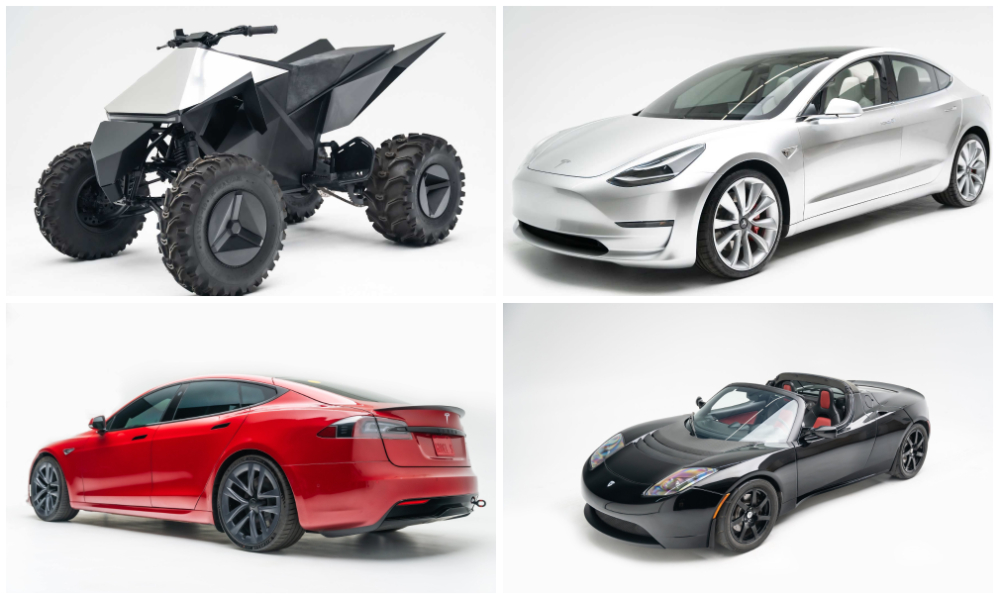 Tesla is set to display some of the rarest and historic vehicles it developed in a new exhibit at the Petersen Automotive Museum in Los Angeles. After announcing a new “Inside Tesla” exhibit that highlights the company’s groundbreaking trek into electric vehicles, the Museum has finally released details on which of the automaker’s cars would be on display for fans and foes alike to gasp over.

On display at the Petersen Museum will be some of Tesla’s most unique vehicles, hailing from the roots of the company all the way to some of the most high-performance powertrains it has ever brought to testing or to the market. The exhibit features a unique display of company accolades, early projects, and continuing teases of vehicles Tesla has tried to bring to market in the past few years, but has not.

While many Tesla fans and enthusiasts have likely seen the Original Tesla Roadster, it would not be a proper Tesla history exhibit without this vehicle. A symbolic car that basically encapsulates the company’s darkest days, a far cry from today, where the automaker is financially secure, the Roadster would either sink or swim Tesla. Fortunately, it was the raft Musk and other early executives needed.

Other Tesla Roadsters on Display

Amongst the other Roadsters on display at the Museum will be the 2005 prototype of the Roadster, which hails back to Tesla’s earliest projects and ventures into electric vehicles. More recently, the 2020 ‘Next-Gen’ Roadster will also be on display. Despite this exciting development, the presence of this vehicle, in particular, might sting a few Petersen visitors when the exhibit opens.

Despite being dated as a 2020 vehicle since its unveiling, Tesla has failed to start manufacturing (or even plan for it) on the new Roadster, with many awaiting some development update. The $250,000 vehicle is expected to hover as well. 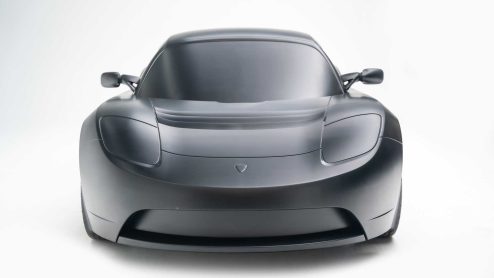 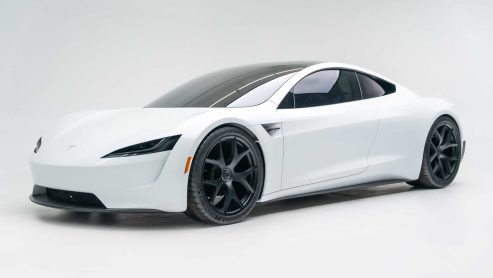 Tesla’s 1,000,000th vehicle, a Multi-Coat Red Model Y, will also be displayed at the Museum’s Tesla exhibit. Built in March 2020, the 1,000,000th Model Y was a symbolic piece of history for Tesla as it had struggled and fought to become profitable for several years.

After launching the Model Y in 2020 in the U.S., it was only fitting the Model Y would be the millionth vehicle Tesla built. Surprisingly, the company only started building hundreds of thousands of cars a few quarters after this, as the COVID-19 pandemic continued to rage on.

The Model S Plaid that ripped around Germany’s Nürburgring will also be on display at the Petersen Exhibit. This vehicle needs no introduction, it was one of the most exciting times as a journalist covering Tesla and electric vehicles that didn’t have major implications for the company’s future. It was just fun seeing how fast this car could go on one of the most challenging tracks on Earth.

Another Tesla project that was super exciting but has not received any updates since 2019 is the Cyberquad for Adults. After the Kids’ version was axed from shelves recently because an adult tried to ride it with a child, ruining the fun for everyone, the Adult version of the Quad is all some of us can keep hope for.

The Cyberquad was an addition to the 2019 Cybertruck unveiling event itself and was a potential addition with the purchase of the truck. However, just like the Cybertruck, the Cyberquad has not been released or built for the general public yet.

The 2019 version of the Cybertruck won’t be the one that ultimately is delivered to customers when it is finally built next year, but it has a rich story. Tesla unveiled the Cybertruck in Hawthorne, California, in November 2019, which was a weird event. Nothing went according to plan, as the unbreakable Cybertruck windows broke, the design of the truck is ultimately not what Tesla will deliver to customers, and basically, everything from pricing to powertrains has changed.

These original Model 3 and Model X designs are not far off from what is still delivered today. These vehicles are both important to Tesla’s story for their own reasons, and as an essential part of the company’s history, it is nice to see them on display for Tesla fans. 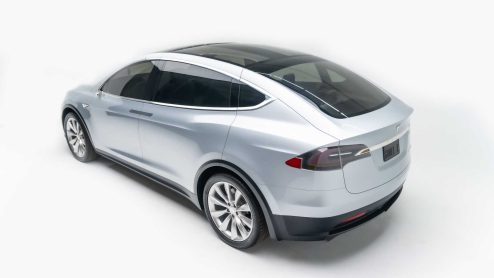 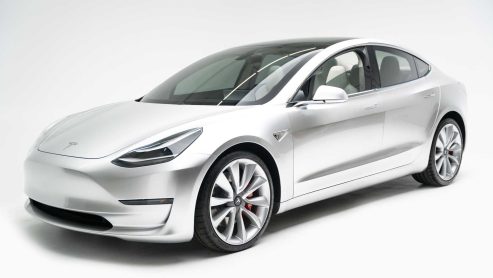 The Inside Tesla exhibit is open to the public and tickets can be purchased at Petersen.org/Tesla. It will start on November 20 and will be available on the first floor in the Mullin Family Grand Salon and Phillip Sarofim Porte Cochere.