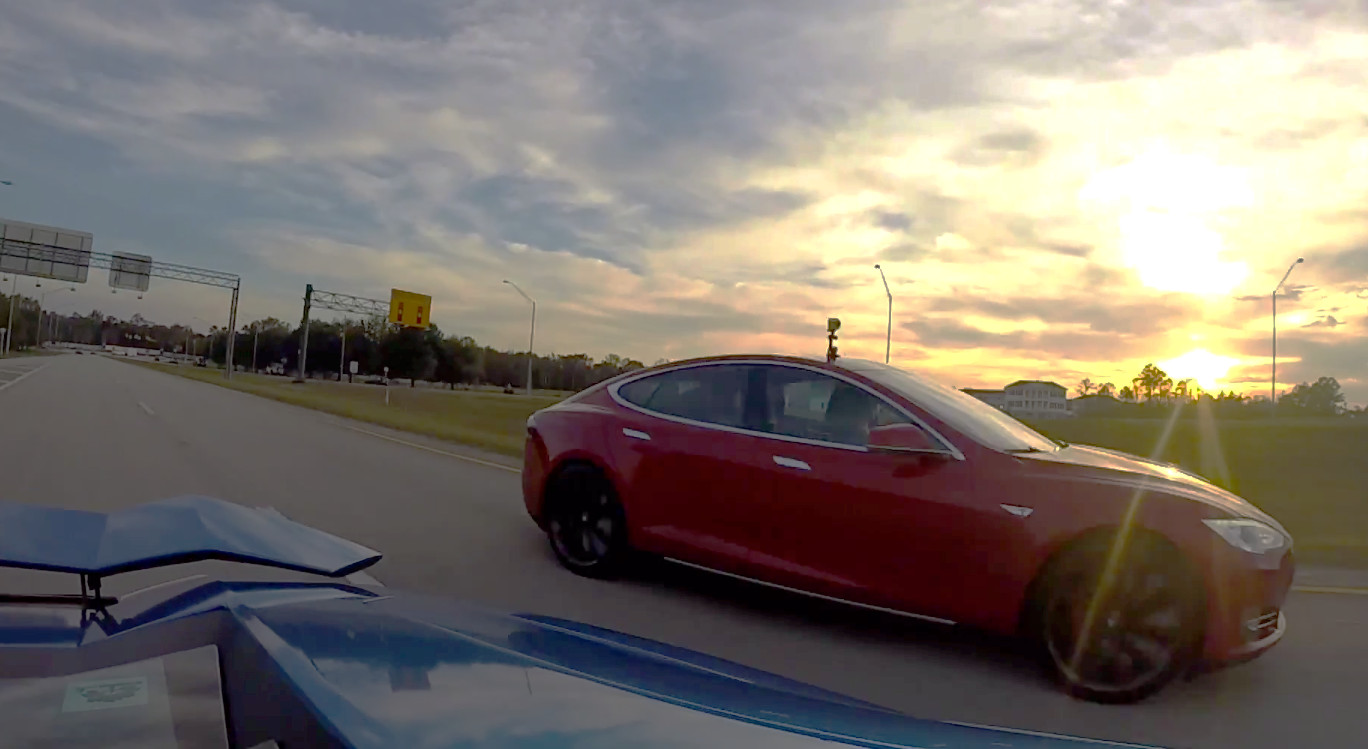 Watch this battle unfold between two 691 hp heavyweight hitters – the Tesla Model S P85D and the Lamborghini Aventdaor – as they go toe-to-toe in a heads up drag race. Each vehicle tips the scales at over 4,000 lbs, although the dual-motor Tesla P85D registers another 1,000 lbs heavier than the Lambo.

It’s been well documented that the P85D is one of the quickest 0-60 cars in the world. Tesla claims a 0-60 time of 3.2 seconds but after watching this latest video of the P85D squaring off against the Aventador, a supercar reported to have a 0-60 time of just 2.9 seconds, it leaves you wondering whether performance on the P85D might actually be underrated.

According to Rego Apps, owner to both vehicles seen in the video, the insane acceleration on the Model S was enough to edge out the fire-belching Aventador from 0-50mph and maintain the lead up until 80mph.

“With the Tesla, it felt like a 50-lb person was laying flat on your face and chest and stays that way for a few seconds. The way the Aventador feels is like being a boat on strong waves and you keep rocking back and forth between the gear shifts. And at each gear shift, you feel like you’re being tugged very heavily or kicked in the back from behind (depending on how you want to view it). The Tesla felt more like you’re being dropped from the second floor and except you’re falling horizontally and not vertically. They’re two completely different feelings of acceleration. What’s amazing is that the Tesla kept up with the Aventador all the way up to around 80 mph,”