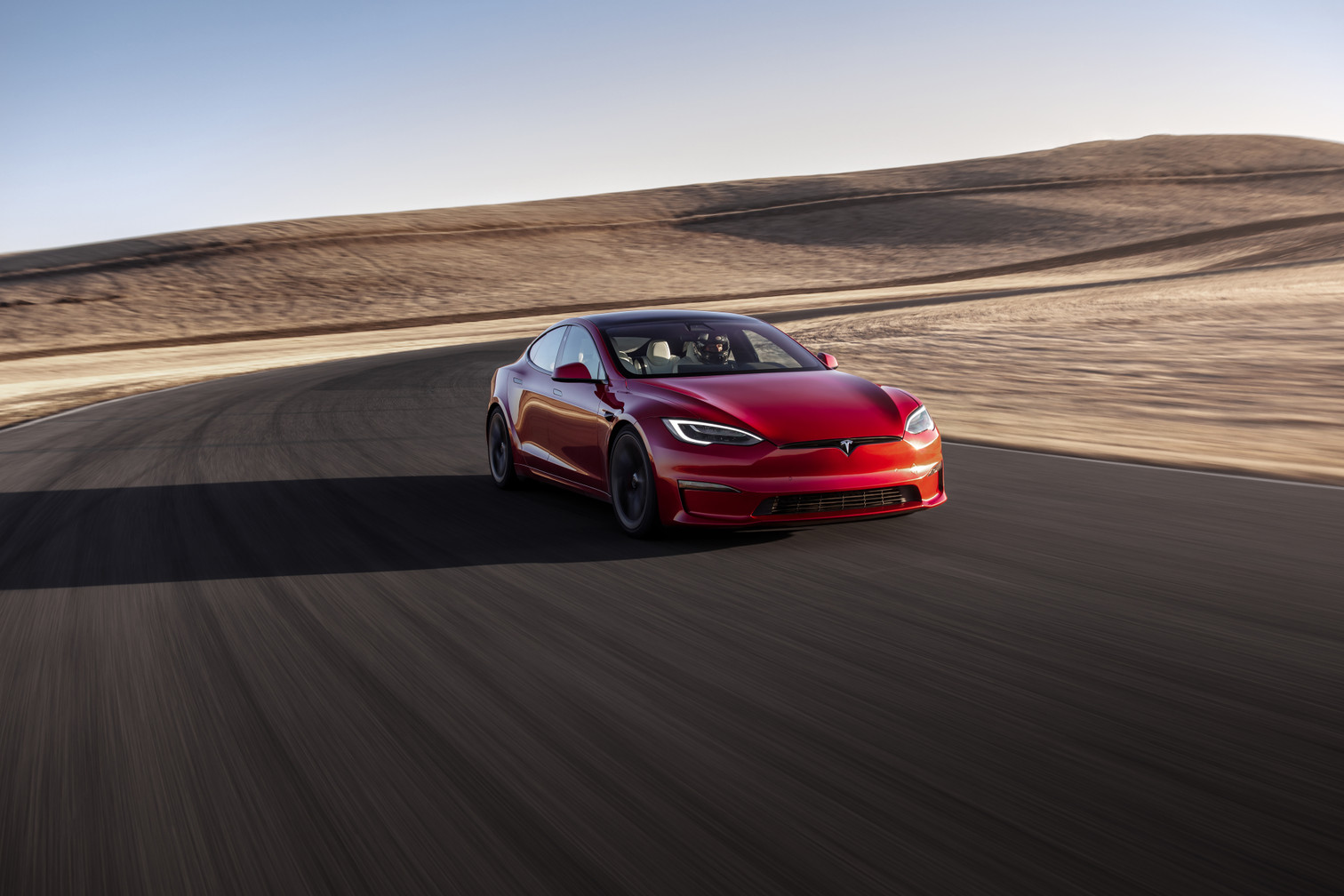 The brand new Tesla Model S Plaid has finally been listed on the Environmental Protection Agency (EPA) website, sporting an impressive 101 eMPG rating with 348 miles of all-electric range. The configuration mistakenly lists 2-inch wheels for the efficiency figures, but it can be determined this rating is for the 21″ Arachnid wheels, as the only other option is the 19″ Tempest wheels.

Tesla has talked about the Model S Plaid for nearly two years, as its first appearance was in late 2019 when the automaker took the tri-motor flagship sedan to the notorious Nürburgring in Germany. It was finally delivered to customers on June 10th at a dedicated delivery event at Tesla’s Fremont factory after several months of delays due to refinements and tweaks, CEO Elon Musk said.

Now that the Model S Plaid has started being delivered to customers, the EPA is releasing ratings for the vehicle. They differ drastically from the ratings that appeared on the Model S Plaid’s Monroney sticker, which was seen on the day of the event. The sticker listed the vehicle with 120 MPGe, an average of the 124 city and 115 highway miles the vehicle was listed as having. These figures actually match the 2021 Model S Long Range’s Monroney sticker, which sports 405 miles of all-electric range, the best in Tesla’s currently available lineup.

The Model S Plaid is a marvel of automotive engineering, and its impressive efficiency specs can be attributed to several things. Initially, a bulk of the credit can be given to the best-in-class battery cells that Tesla utilizes for its vehicles, packing more range, power, and performance than any other EV manufacturer can offer. Additionally, Tesla’s focus on aerodynamics, which resulted in the Model S Plaid having the best drag coefficient of any vehicle on Earth. The .208 coefficient is better than the previous record of .21, which was held by the Lucid Air.

The Model S Plaid is currently available on Tesla’s website for $129,990, and offers a lightning-fast 1.99-second 0-60 MPH time, although some have said it’s actually quicker than that. Its estimated delivery date will have orderers waiting no longer than a few weeks. Tesla still has the estimated delivery date as June, but that could change as the month is coming to a close.