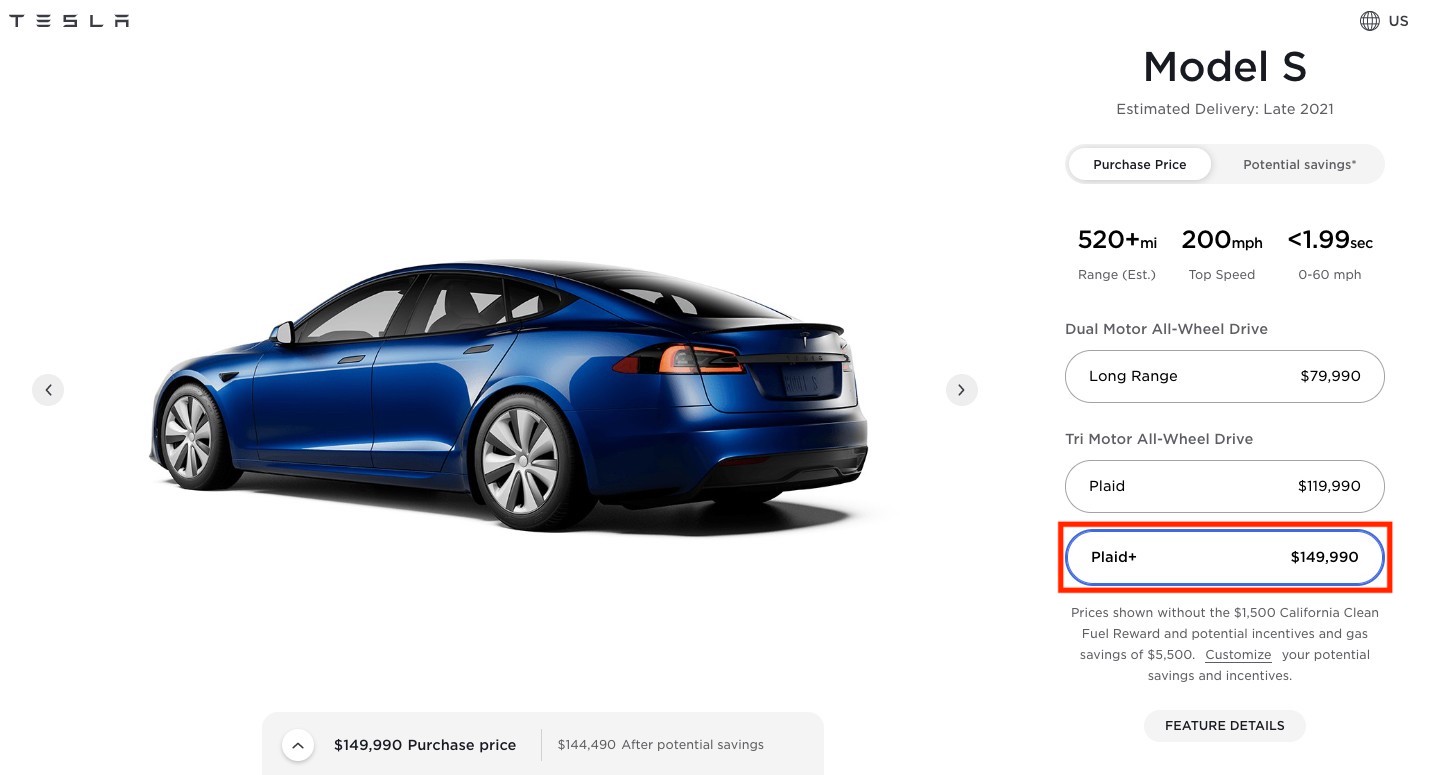 The recent price adjustment makes the Model S Plaid+ comparable in price to the Porsche Taycan Turbo, which also starts at around $150,000 before options. The Model S Plaid+ offers a lot for its premium price, as the vehicle boasts a 0-60 mph time below 1.99 seconds, a top speed of 200 mph, and a range of over 520 miles per charge.

These specs, which are on par to some of the world’s supercars, are particularly impressive considering that the Model S Plaid+ is a large sedan that can comfortably seat a family. Recent leaks have even revealed that the vehicle will boast some serious computing power in its infotainment system, thanks to its AMD Ryzen SoC and Navi 23 GPU combo.

The Tesla Model S Plaid+’s recent price adjustment bodes well for the flagship all-electric sedan’s demand. Tesla, after all, would likely not make one of its most premium vehicles today even more expensive if few people are ordering the car. Considering the bang-for-the-buck value provided by the Model S Plaid+, it would not be surprising if a good number of performance car enthusiasts respond positively to the vehicle.

The Tesla Model S Plaid+ is estimated to start deliveries in late 2021. The other “refresh” variants of the Model S, the Long Range AWD and the Plaid variant, are expected to start deliveries within the coming weeks. Recent aerial footage of the Fremont Factory site have shown more and more Model S refresh units seemingly ready for customer deliveries.