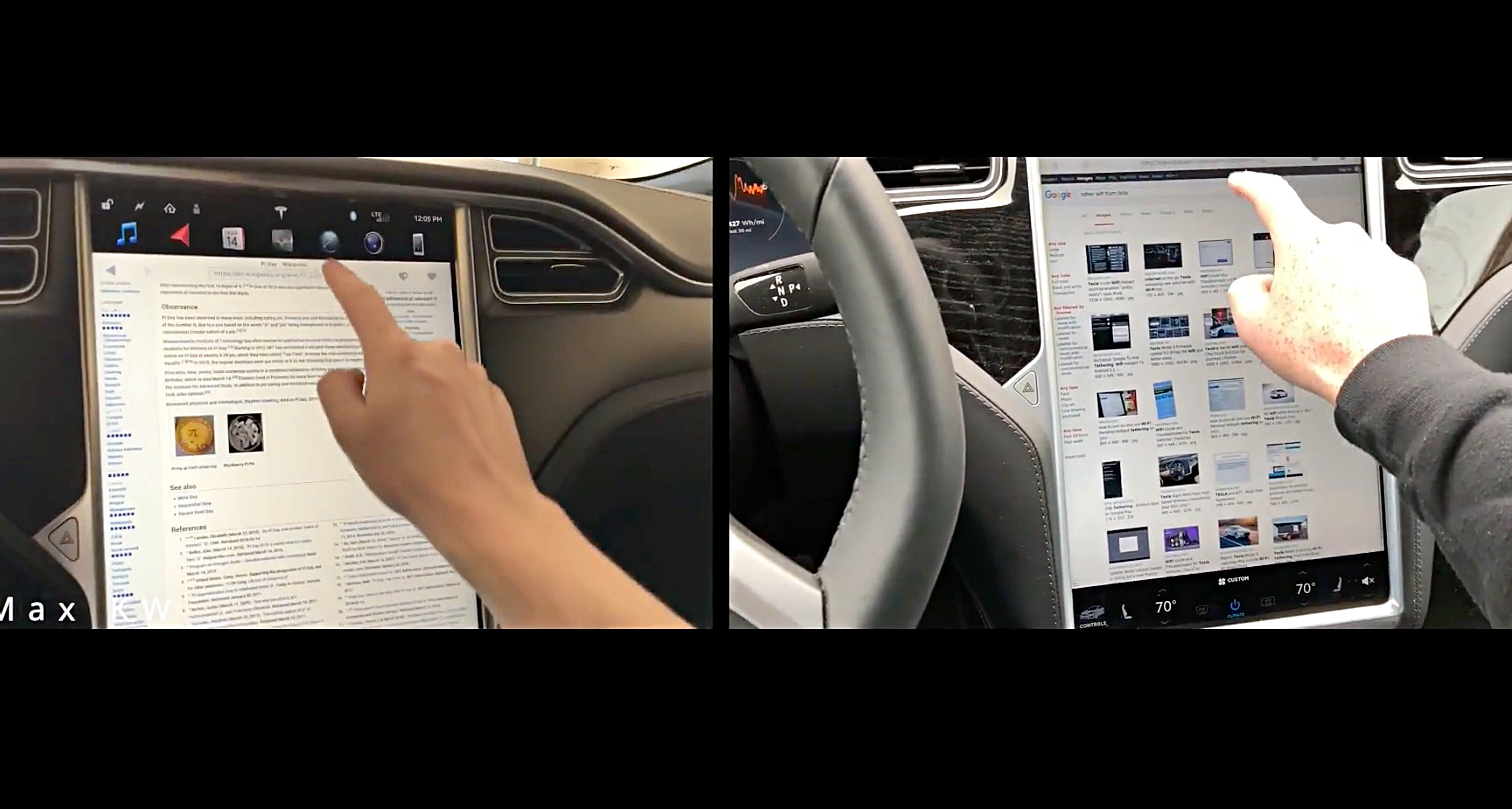 Tesla is reportedly using an improved MCU on newer versions of the Model S and X, replacing the aging NVIDIA Tegra-3 chip on the flagship sedan and SUV with a more powerful x86_64 processor. As could be seen in a side-by-side video comparing the performance and speed of the old and new media control unit, the updated hardware provides a smoother, faster, and more responsive experience on the Model S and X’s touchscreen.

The speed and fluidity, or lack thereof, of the Model S and X’s MCU has been a pain point for Tesla owners for a while, considering that the vehicles were equipped with 2011-era NVIDIA Tegra-3 chips. The shortcomings on the Model S and X’s interface became even more prominent when Tesla began switching from NVIDIA to Intel hardware to power its infotainment system, as evident on Model 3’s far more responsive touchscreen.

A Tesla spokesperson has confirmed with Teslarati that the company has recently introduced hardware changes to the onboard displays on the Model S and Model X. The update is part of the company’s overall initiative to introduce minor hardware changes and over-the-air software updates over time to continuously improve upon its vehicles. The latest update, unrelated to Autopilot, should not dramatically affect the user experience. Still, some new Tesla owners are reporting noticeable improvements in the browsing experience on the vehicle’s 17-inch touchscreen.

As could be seen in a recent collaboration video uploaded by YouTube’s My Tesla Adventure, the display of a recently-manufactured Model S seems to be on par with the speed and fluidity of the Model 3’s center touchscreen. In the side-by-side video, the Model S, which is equipped with an older Tegra-powered MCU, could be seen loading information a few seconds slower than the newer car. The touch panel on the newer Model S is also very vibrant, with the display featuring accurate color reproduction. A screenshot of the CPU information in the newer car also includes references to an x86_64 processor, something that is absent on older vehicles.

A screenshot of the MCU from a new Model S showing references to an X86_64 chip. [Credit: MaxKW/Reddit]

Apart from a smoother user experience, the Model S and X’s upgraded MCU also features a pleasant surprise — a usable web browser. As could be seen in a brief test by Model S owner and r/TeslaMotors member u/MaxKW, the browser on his Model S is actually usable. It’s still not on par with the speed of mobile devices like smartphones and tablets, but the internet browser is already far more useful than the web explorer installed in older cars.

An enhanced browser for the Model S and X was teased by Elon Musk in a tweet back in December. As we noted in a previous report, Musk, who was responding to one of his followers on Twitter, admitted that the browser on the Model S and X was “terrible.” He did, however, assure his followers that major upgrades for the web explorer would be rolling out “in a few months.”

“Yeah, it’s terrible. Had to upgrade old Linux OS and a bunch of drivers first. Major browser upgrades coming to all cars in a few months. Note, will be slower at first until code is optimized.”

Watch the side-by-side comparison of the old and new MCU for the Model S and X in the video below.