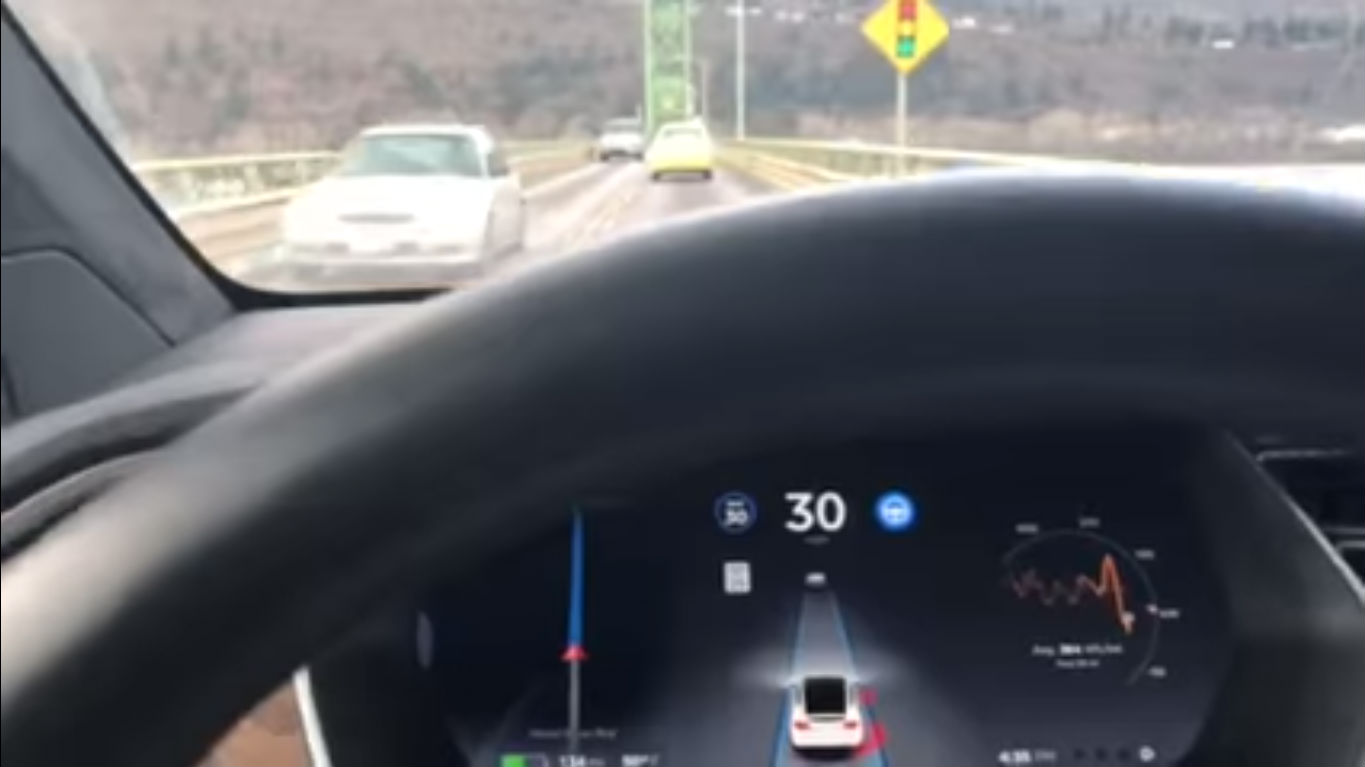 A Tesla Model X P100D with Autopilot 2.0 recently managed to accomplish a notable feat — crossing the long, narrow-laned, Hood River bridge connecting Hood River, OR and White Salmon, WA on its own — without disengaging Autosteer and requiring intervention from its driver.

A video of the Model X P100D’s feat was shared by Tesla owner and entrepreneur Bonnie Norman on social media. According to Bonnie, her AP2.0-equipped all-electric SUV was on Tesla’s latest v8.1 2018.10.4 firmware.

Responding to a comment on her YouTube channel, Bonnie noted that the nearly mile-long Hood River bridge is known in her area as a challenging structure to drive on. According to the Model X owner, even local motorcycle riders generally avoid the bridge due to its narrow lanes and the visually confusing pattern of its metal grates. The video received a lot of positive reactions from the online community, with CEO Elon Musk even liking the video that was shared over Bonnie’s Twitter post.

As we mentioned in a report back in December, Musk teased the release of a “major navigation overhaul” that’s set to be rolled out in early 2018. During that time, Musk stated that the upcoming system would be “light-years” ahead of the then-current AP2.0 suite. He did, however, state that Tesla is rigorously testing the system first before releasing it to its fleet of vehicles.

The capabilities of AP2.0 cars have been a thorn in Tesla’s side since its split with Mobileye back in 2016. Prior to the two companies’ split, Mobileye’s EyeQ3 chip served a key role in the image analysis of Tesla’s first Autopilot suite, now dubbed as AP1.0. Following a tragic Autopilot crash, however, Tesla and Mobileye parted ways, with the Elon Musk-led firm opting to develop its own hardware.

Tesla’s Enhanced Autopilot (EAP/AP2.0) was developed internally by the company, and while it debuted with less functionality than the Mobileye-powered AP1.0 suite, Tesla assured its customers that EAP has the capability to become even better than the original Autopilot. Though the new generation of Autopilot was released with features inferior to AP1.0, since then, owners of cars with AP2.0 have noticed major improvements in the vehicle’s ability to safely navigate challenging roadways, and topping the capabilities of Tesla’s first generation Autopilot.

A video of Bonnie’s Model X driving over a narrow bridge on Autopilot 2.0 could be viewed below.