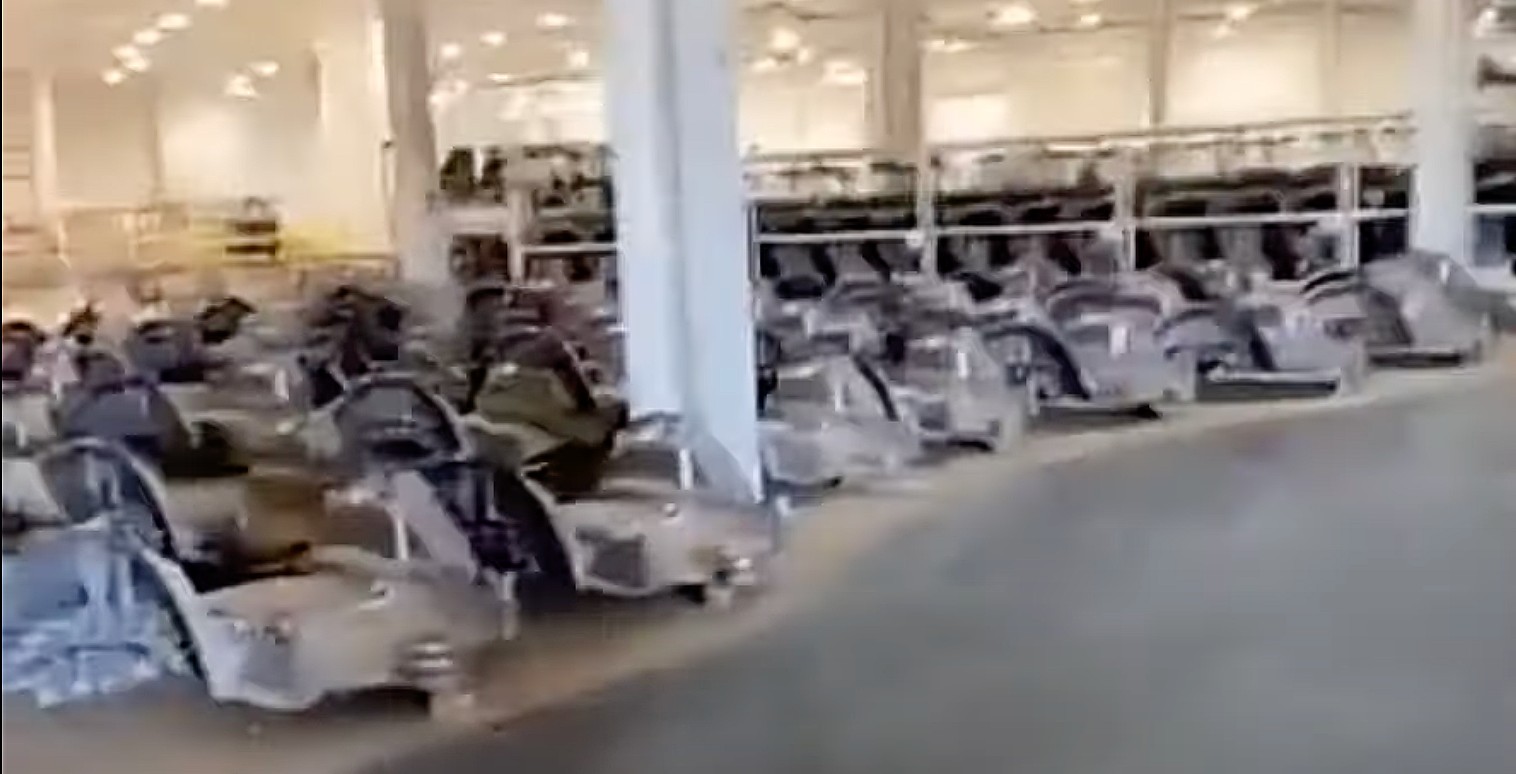 Tesla Model Y castings are beginning to stack up in impressive numbers at the automaker’s Giga Texas plant just outside of Austin. A Snapchat video put up by someone on-site shows perhaps thousands of Model Y castings on the property as Tesla begins to work toward the initial production of the all-electric crossover.

Tesla Giga Texas is slated to begin production later this year, but that is not halting the automaker from starting the pre-production processes of vehicle manufacturing. A focus of Tesla since day 1, the company has always tried to make the manufacturing processes more streamlined through various production efficiencies. The most notable was the introduction of the Giga Press, a massive machine from Italian company IDRA that can cast the body of any of Tesla’s vehicles in a matter of a few seconds. The IDRA presses have been spotted on Giga Texas property in the past, and now it seems Tesla is putting them to work ahead of initial production.

The video was obtained by Teslarati through the Snapchat application, which allows users to scan a map and view Snaps from anywhere on Earth. After finding Giga Texas on the map and accessing the available public Snapchats, it was clear that Model Y castings are beginning to stack up in significant numbers as Tesla prepares to build hundreds of thousands of vehicles at the plant next year.

Tesla has been testing the manufacturing equipment at Giga Texas for several months. In late July, photographs of a Model Y chassis were posted to Reddit, showing a close-to-fully-fabricated body of the all-electric crossover. Some members of the community indicated that it was likely a test frame that was manufactured at the Fremont factory, which was then shipped to Giga Texas to use for calibrating the automated manufacturing machines at the plant. However, Tesla has also built fully-equipped pre-production units since late last month.

Additional Model Y castings were seen in the back of a hauler on site, likely being transported to another portion of the Giga Texas property by Joe Tegtmeyer.

In late August, Tesla was already building Model Y pre-production units at the factory. The pre-production phases are usually utilized by automakers to test the accuracy and efficiency of the machinery at the site, ensuring that it is ready for wide-scale operation.

Additionally, there were rumors of Cybertruck chassis also being present at the plant. While unconfirmed, an image of Cybertruck-shaped objects wrapped and concealed by covers gained a lot of traction, but it was never confirmed whether Tesla was building the vehicle ahead of its initial production phases, which have been pushed back to late 2022, according to Tesla’s online Design Studio.

Check out the video of Model Y casts below.