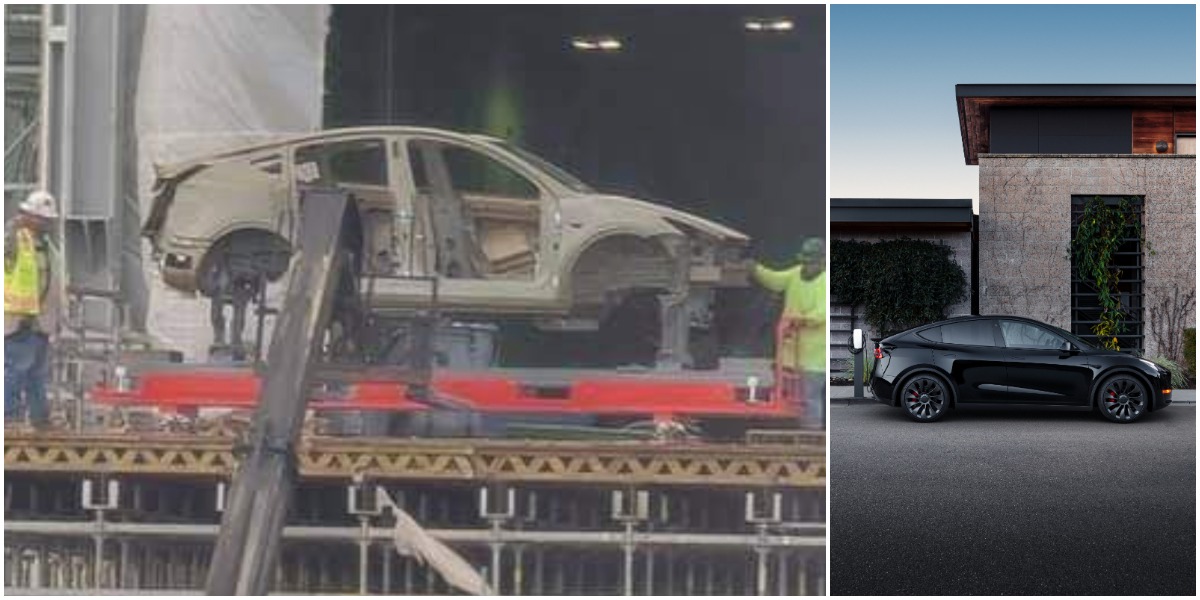 Tesla’s next United States-based production facility just outside of Austin, Texas, is just months away from initial production. Because of this, the company is gearing up for the production of the Model Y, and new photographs from the facility show the all-electric crossover’s chassis at the plant, all but hinting toward the imminent manufacturing of one of Tesla’s most popular vehicles.

The Model Y and Cybertruck highlight Tesla’s production at the centrally-located manufacturing plant. Several months ago, CEO Elon Musk revealed that the plant would also produce the Model 3, giving North America’s customers in the Eastern portion of the continent their own dedicated production plant, reducing delivery wait times. While it is still unclear which of the three vehicles will kick off production at the facility, it is evident the Model Y is being prioritized as a chassis was spotted at the factory. Still, there are rumors of what it could be there for.

r/TeslaMotors subreddit member u/NickoSwimmer said the photograph was sent to members of the Model Y Enthusiasts Facebook group by Tesla salespeople. This is unlikely, as the company has not yet started producing any vehicles at the plant due to construction not being completed. However, Tesla is likely working to prime production lines for manufacturing efforts, especially as demand for the company’s vehicles continues to skyrocket, pushing estimated delivery times into Q4 2020.

Several members of the r/TeslaMotors subreddit highlighted that the company likely manufactured this test frame at Fremont and then sent it to Giga Texas to calibrate manufacturing robots at the plant. This is a common practice for manufacturers that are opening a new facility. Companies will run tests like this to get automated lines calibrated with vehicles to ensure that the manufacturing equipment is running accurately. This process only expedites the initial phases of manufacturing and could ensure that production gets off the ground smoothly and efficiently in the early days of Giga Texas’ operation.

Interestingly, it is not a fact that Tesla will begin production with the Model Y. A recent rumor posted by @TroyTeslike on Twitter has indicated that Tesla will start production at Giga Texas with the Cybertruck, the all-electric pickup that has amassed over 1 million pre-orders. It has not been confirmed by any Tesla officials or spokespeople yet, but it makes sense. Tesla could be using the new facility as a way to kick off Cybertruck production as soon as possible, and the Model Y could start shortly after, especially considering Fremont is already producing the car.

Also, Cybertruck will have 4680 cells and a structural battery pack which will be built in Texas too.

You can check out some more Model Y chassis being spotted in this Giga Texas Flyover from Joe Tegtmeyer.