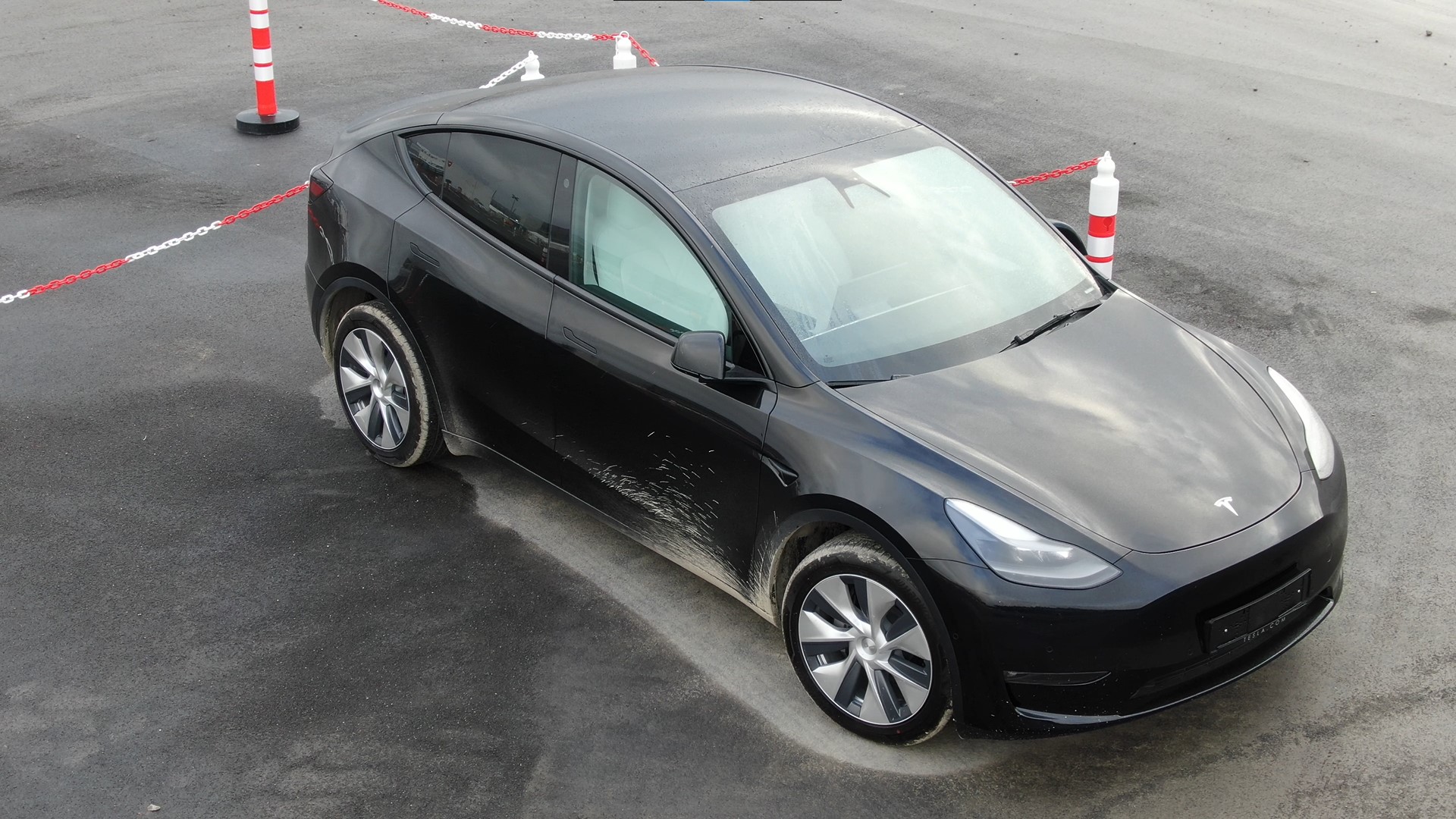 A black Tesla Model Y was recently spotted at Giga Berlin. Many have speculated the Model Y is a pre-production unit, hinting that the factory in Grünheide might be preparing to kick off production. The recently-spotted Model Y also seems very well made, with very consistent panel gaps.

A few days later, a black Model Y was spotted at the factory’s parking lot. Based on photos, it was a Dual Motor Model Y. The black Model Y parked at Giga Berlin did not have a license plate, hinting it was a pre-production vehicle. It also did not have front mud flaps, further suggesting that it was not exported from China. The missing mud flaps also suggest that the black Model Y was not the same unit Tesla used for test drives during October’s Country Fair.

According to Tesla’s configurator in Germany, the Dual Motor Model Y Performance’s delivery estimate is early 2022, while the Dual Motor Long Range version is scheduled to start deliveries by February 2022. Currently, Giga Shanghai is exporting the Model Y Long Range and Model Y RWD to Europe.

Tesla is still waiting on full approval from Brandenburg’s Office of the Environment to officially start Model Y production in Giga Berlin. The facility is still operating under pre-approvals. A new round of discussion about Tesla Giga Berlin’s full permit approval started last week. The current round is expected to last until this Monday, November 22, 2021.

“So, you know, there is quite an execution journey ahead of us,” Kirkhorn told Jed Dorsheimer from Canaccord Genuity. “But that remains our target, and all of our plans are oriented around that. We — for — we should not expect for us to deliver cars by the end of 2021 from these factories even if we do produce them — so homologation, regulatory reasons,” he said.

The Teslarati team would appreciate hearing from you. If you have any tips, reach out to me at m[email protected] or via Twitter @Writer_01001101.