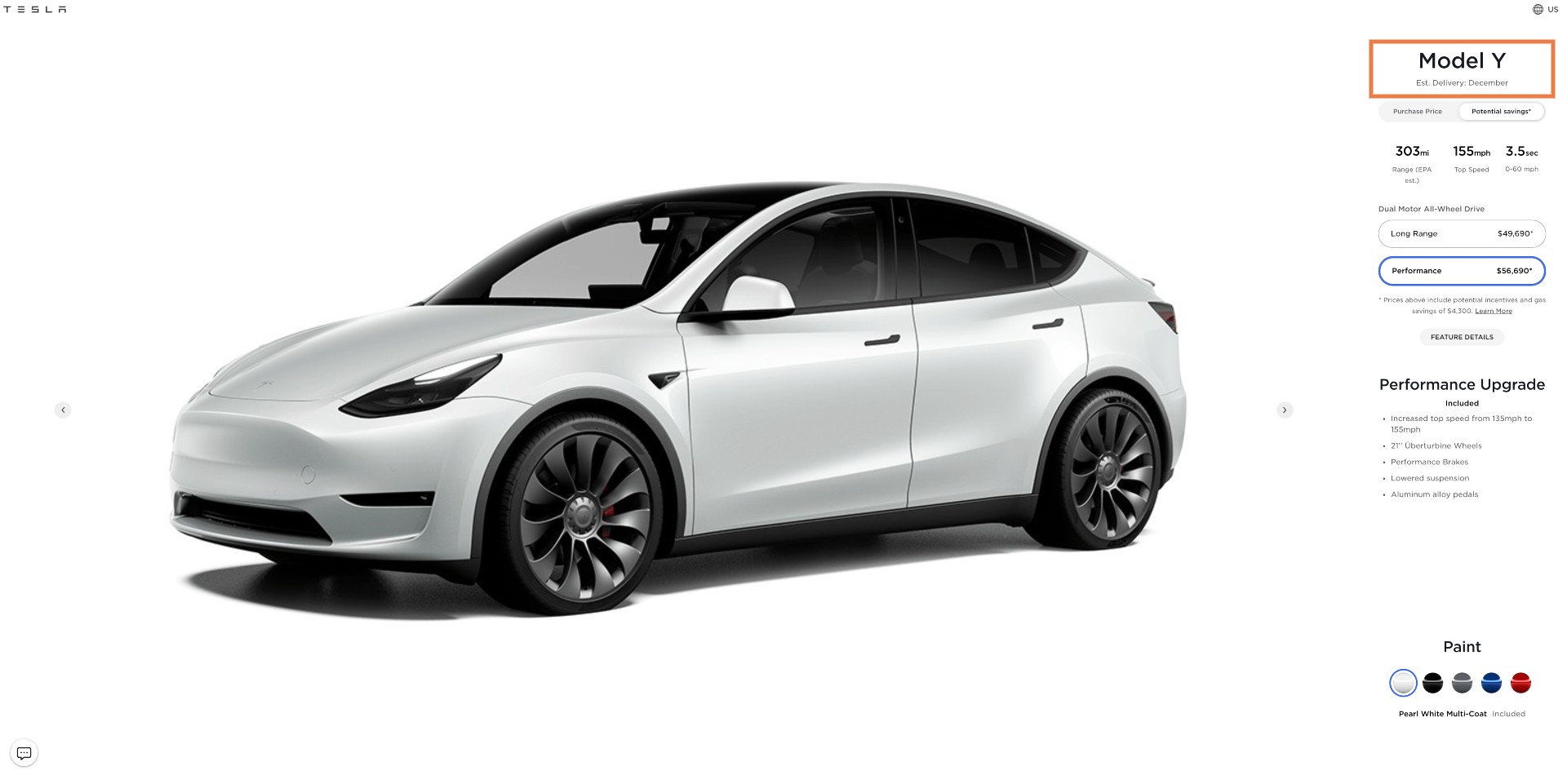 Tesla’s Model Y Performance variant, which is the fastest available configuration of the all-electric crossover, is nearly sold out for 2021, according to the company’s online Design Studio.

Tesla has dealt with widespread demand for its electric vehicles in 2021. As the movement and transition to electrification continues to accelerate, Tesla is among the most sought-after brands of EVs, and demand for its cars continuously grows on a daily basis.

Despite working toward opening two new production facilities by the end of 2021, one in the United States and one in Germany, Tesla is still dealing with delivery projection dates being pushed back. It appears that the Model Y, which is the company’s most popular car, is now nearing a complete sell-out for 2021.

While this could be attributed to the global semiconductor shortage that has plagued automakers globally, Tesla has done a tremendous job of averting this crisis.

The Model Y Long Range All-Wheel-Drive variant has been sold out for the year for several months. Tesla currently projects deliveries of that variant of the crossover for April 2022. However, Tesla customers can still order a Model Y Performance with hopes of it being delivered by the end of the year. With the growing demand for the company’s cars, who knows how long it will last.

As previously mentioned, Tesla’s delayed delivery dates could be attributed to parts shortages. However, the company is coming off of its best quarter in company history in terms of Delivery and Production rates. On Saturday morning, Tesla revealed that it had delivered 241,300 vehicles in Q3, beating Wall Street estimates by 9%. Growth has not been an issue for Tesla, and the company has been able to avert the semiconductor chip issue by developing 19 of its own microcontrollers. Additionally, Morgan Stanley released a new investor note this week that attributed Tesla’s ability to avert the chip shortage crisis through vertical integration, scalability, negotiations with suppliers, and product sophistication.

CEO Elon Musk stated that it was an “extremely difficult” challenge to avoid production stoppages due to parts shortages, but Tesla’s team of engineers, supply chain experts, production employees, and suppliers helped the automaker attain its most successful quarter to date.