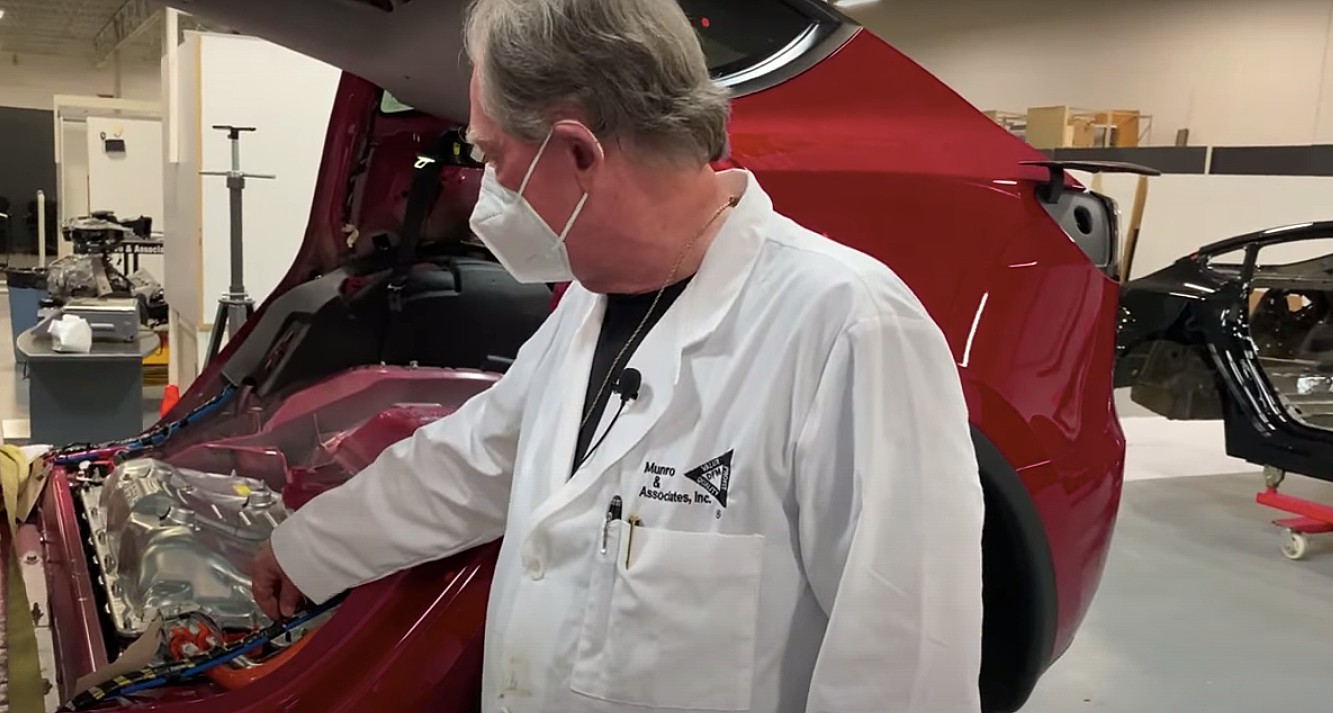 Sandy Munro took the opportunity to show the Tesla Model Y’s new wiring structure, however, the Detroit automotive veteran noted to be “kind of disappointed” in some of its design.

“What I see here is a nice application of the wire troughs and candy striping…But unfortunately, there’s just as many wires; the wires are just as long,” Munro said.

In July 2019, Tesla published a patent that aimed to improve the wiring, power, and communications systems for its vehicles by reducing the amount of wires found within a car. The idea for a new wiring architecture was needed as many miles of cables can be located within a vehicle, all of which need to be installed by humans and not by machines. The installation of these power lines can take a significant amount of time when needed in excessive lengths. Thus, Tesla maintained it would be decreased from 1.5 kilometers of wire in the Model 3 to just 100 meters in the Model Y.

A Tesla vehicle’s wiring system is responsible for powering everything from turn signals and interior lights to the vehicle’s charging system. It consists of both 12-volt and 400-volt wiring, and the length of wiring needed varies from vehicle to vehicle. However, one thing remains consistent: efficient wiring is crucial for faster production speeds. However, a reduction of wiring also can contribute to reducing the vehicle’s weight as miles of power cords can be present within a car’s power infrastructure.

Reducing the wiring is something Tesla worked on when developing the Model 3, as the Model S contained around three miles of wiring to power its various systems. Tesla halved this amount of wiring with the Model 3 but aimed to decrease it even further when the Model Y was announced. Munro claimed he did not see less wiring, only a more organized wiring architecture. The new design is still an improvement from the Model 3.

Munro then suggests other strategies that Tesla could have used to increase the effectiveness of its wiring systems without using excessive amounts of wires. One of these strategies is called “communications over power,” or, more commonly, Power Line Communication (PLC). Munro explains this system reduces the number of wires by allowing for the implementation into a single power line, instead of many separate lines that all have different functions.

One of the most significant differences between the design of the Model 3 and Model Y was supposed to be its wiring system. In a video from Tesla owner-enthusiast TeslaRaj, the Model Y owner’s manual shows a single track wiring system, where the Model 3 had two tracks. The new single-track system could hint toward the overall design improvements in the Model Y wiring architecture.

Tesla’s wiring design was improved through a more organized harness setting within the Model Y. While the amount and length of the wiring system appeared to be the same according to Munro, these initial changes could end up being a catalyst to a more efficient and less puzzling architecture. Of course, fewer wires would be a dramatic step toward manufacturing efficiency, but this should come with time as Munro’s suggestions just might be accounted for in future Tesla vehicles.