Three reasons Tesla will continue to go higher in ’22, according to one of its biggest bulls

Tesla will close out 2021 with record figures for its production and deliveries, continuing a streak that has dated back to 2012. However, 2021 is likely to be eclipsed by 2022, according to Wedbush analyst Dan Ives, who gave three reasons why Tesla (NASDAQ: TSLA) will continue to move upward, making the new year its biggest to date.

Ives, who has been one of Tesla’s most notable bulls on the Street throughout the past couple of years, believes Tesla’s performance in 2021 showed a robust determination to navigate parts and chip shortages, vowing not to let the bottlenecks, which may cause some large automakers to report negative figures compared to last year, affect its production figures in the same fashion. Tesla routinely updated investors and enthusiasts on its ability to deter itself from chip shortages regularly, including a groundbreaking announcement during the Q2 2021 Earnings Call, where the automaker had designed, developed, and validated a series of 19 variants of controllers. This effort from Tesla engineers helped the automaker avoid and mitigate large-scale disruptions in its production and delivery process.

Tesla did this better than any other automaker, Ives said in a Tweet from Monday. The story of 2021 was likely based on this effort alone, which was monumental and could have caused serious problems for some companies, especially those without substantial cash on hand.

Looking forward to 2022, Ives sees Tesla’s impressive performance continuing, listing three main factors in the automaker’s quest to continue its meteoric rise up the ranks of global automotive companies. While Tesla leads every car company on Earth in valuation, the next goal in the company’s sights must be to increase its production and delivery numbers on an annual basis, inching closer to the one million vehicle annual run rate.

Ives lists Tesla’s two new manufacturing facilities as the first point in the company’s quest for a monumental 2022. Gigafactory Berlin and Gigafactory Texas were set to open in 2021. However, delays due to the pandemic and other political issues in Germany have derailed the start of either of these facilities during this year, which is not necessarily a bad thing. Tesla will come out in 2022, firing on all cylinders. Two new production facilities will launch with massive implications for the company’s growth forecast, as they will both contribute to Tesla’s consistently growing run rate. With these two factories sufficiently ramped in 2022 by Q2 or Q3, if all goes according to plan, Tesla could come close to doubling its current output in 2021 for 2022. 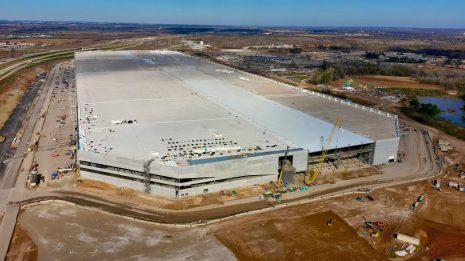 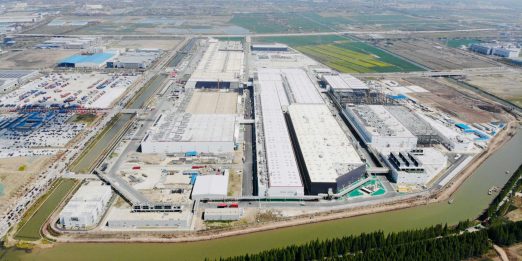 China has proven to be one of Tesla’s most successful markets, and Ives believes the increasing run rates out of Gigafactory Shanghai will continue to surge more growth into the company. There is no doubt that Tesla has continued to be a substantial force in China, despite robust competition and a somewhat coordinated media attack on the company’s products. However, it has not stopped Tesla from performing exceptionally well in the sector. Tesla has delivered over 50,000 vehicles per month in China for the past two months. Some monthly figures, which are confirmed by the Chinese Passenger Car Association, are lower than others due to Tesla’s strategy to export vehicles from China to Europe, where Giga Berlin is waiting for approval to begin operation.

Ives is forecasting a unit growth of 55 or 60 percent for Tesla in 2022, which can mostly be attributed to the new factories in Texas and Berlin. This could perhaps be Tesla’s key, along with more efficient battery cells, to an even higher stock price and valuation. However, even more, Tesla’s increased production rates could put the company on par with some of the more large-scale car companies, especially if it can cross the one million vehicle production rate annually, which should be easy considering the projected output after ramping production lines at Berlin and Texas.

Ives reiterated his $1,400 price target and the “Outperform” rating he held on Tesla stock. Ives is ranked 22nd out of 7,756 analysts on TipRanks. He also holds a 76% success rate and an average return of 36.4%.

Three reasons Tesla will continue to go higher in ’22, according to one of its biggest bulls