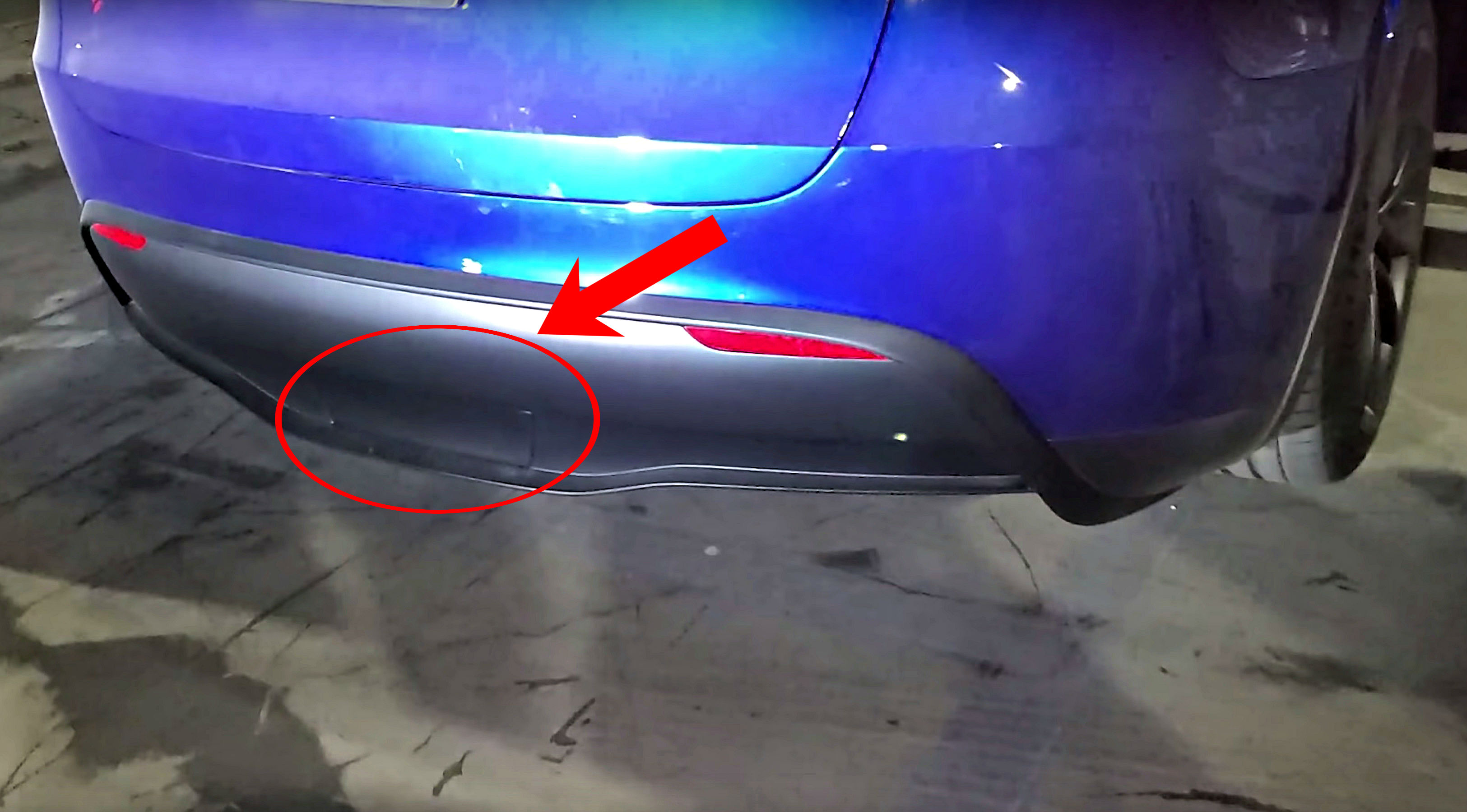 Eagle-eyed attendees of the Tesla Model Y event last week noticed something notable about the upcoming seven-seat SUV: at the rear of the vehicle was the unmistakable outline of a cover plate for a hitch receiver. This suggests that similar to its larger sibling, the Model X, the Model Y will also be a vehicle capable of towing some serious cargo.

Glimpses of the Model Y’s rear cover plate could be seen in photos acquired by Teslarati and videos of the vehicle’s test ride sessions, including one from owner-enthusiast Daerik. Based on the images captured, it will not be too much of a surprise if there is a slot for a hitch receiver behind the cover plate of the SUV’s rear.

Following is an image of the Model Y’s rear cover plate.

Including towing equipment for the Model Y would likely make the vehicle a bang-for-your-buck SUV that can transport a full load of passengers and a serious amount of cargo. The Model Y is already capable of seating up to seven people (though the rearmost seats suggest that the Model Y’s third row is best for children), but with actual towing equipment, the vehicle will likely be even more useful, especially among car buyers that consider utility when purchasing a vehicle.

Tesla currently offers a tow hitch package for the Model X, but not for the Model 3. This has resulted in some Model 3 owners exercising some of their DIY creativity to enable their sedans to tow payloads. Tesla owner enthusiast Ben Sullins of Teslanomics collaborated in such a project with tech YouTuber JerryRigEverything last year, which resulted in a Model 3 towing cargo that’s almost 2,000 pounds. The Model 3 in that project was a single motor, RWD variant too, suggesting that dual motor variants will likely have even better towing capabilities.

Elon Musk has mentioned towing equipment for the Model 3 in the past, mentioning in a 2016 tweet that the electric sedan will have an optional towing hitch in the future. Tesla is yet to release this item on its official store, but with the impending arrival of the Model Y, the company might expedite the development and rollout of the sedan’s towing package as well.

The instant torque from the electric motors of Tesla’s vehicles makes them perfect for hauling tasks. The Model X is rated to tow as much as 5,000 pounds, but feats of the vehicle over the years show that it can pull so much more. Elon Musk himself demonstrated this when he posted a video of the SUV pulling 250,000 pounds worth of dirt from a Boring Company tunnel.