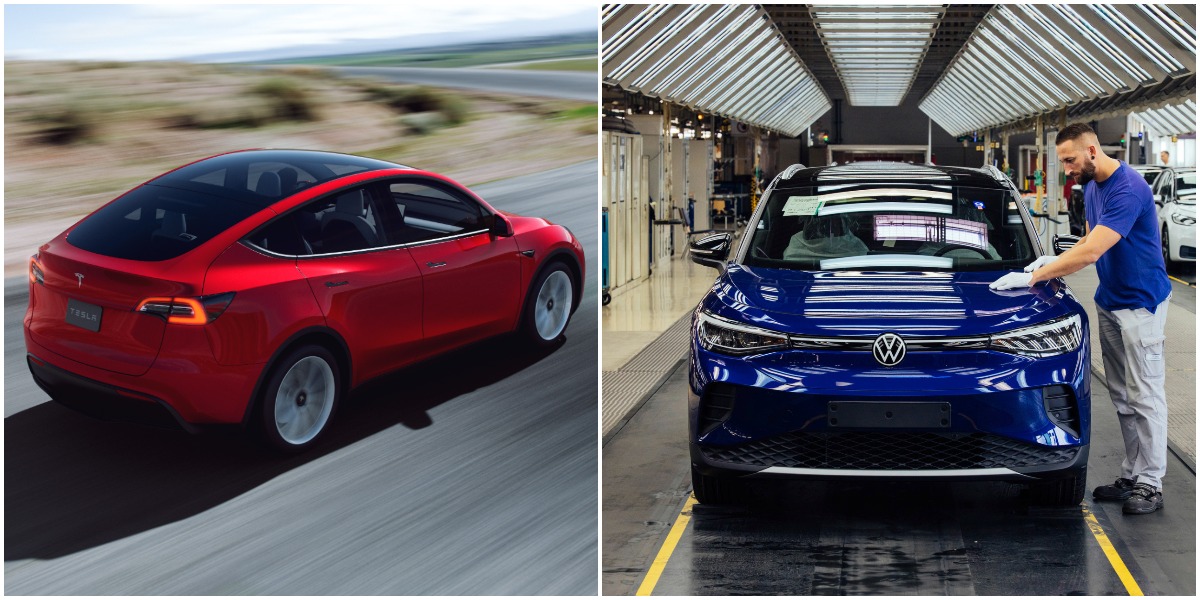 The Tesla Model Y and the Volkswagen ID.4 are two of the most robust and competitive all-electric SUVs available to consumers in today’s car market. The crossover sector has become overwhelmingly popular in various automotive markets, especially in the United States and Europe, where the Model Y and ID.4 are suited to become the respective regions’ top EVs.

A review from the Now You Know YouTube channel broke down the key differences between the two vehicles and which would be more suitable as an all-around daily driver. The Model Y, which has quickly become Tesla’s most popular vehicle by overtaking the Model 3, holds several key advantages, including charging speed, access to Tesla’s industry-leading Supercharger network, and software. The Model Y supports 250 kW fast charging that is compatible with the company’s V3 Superchargers, while the Volkswagen’s ID.4 is capable of 125 kW.

Additionally, range ratings fall into the category of Tesla’s advantage by a considerable margin of 76 miles. The 326 miles that the all-electric Model Y Long Range All-Wheel-Drive packs in a single full charge tops that of the ID.4 with only 250 miles per charge, giving the Model Y a distinct advantage. This is not an uncommon statistic, however, as Tesla’s vehicles are usually known for having range ratings that are significantly higher than its competitors.

The ID.4 was likely Volkswagen’s answer to the Tesla Model Y as the electric crossover from Tesla was expected to make major waves and displace many ICE-powered vehicles off the road due to its family-friendly body style. With its electric offensive headed by the MEB vehicular drive, Volkswagen launched the ID.4 shortly after in Germany. The vehicle has not yet made its way to the United States, but it will soon, especially after VW executives released photographs of pre-production models rolling off of assembly lines at the company’s Chattanooga, Tennessee, production facility.

The two vehicles are comparable, especially with their body styles, electric powertrains, and interior cargo space. The Tesla still trumps the ID.4 in certain categories of the cabin, especially as the seven-seat option will give two more passengers a comfortable amount of room. Additionally, the RWD ID.4 will not give as much all-weather performance as the AWD Model Y, which has performed exceptionally well in numerous climate challenges.

Check out Now You Know’s video below, and decide for yourself. The debate seems pretty clear cut, but let us know which vehicle you would choose in the comments!