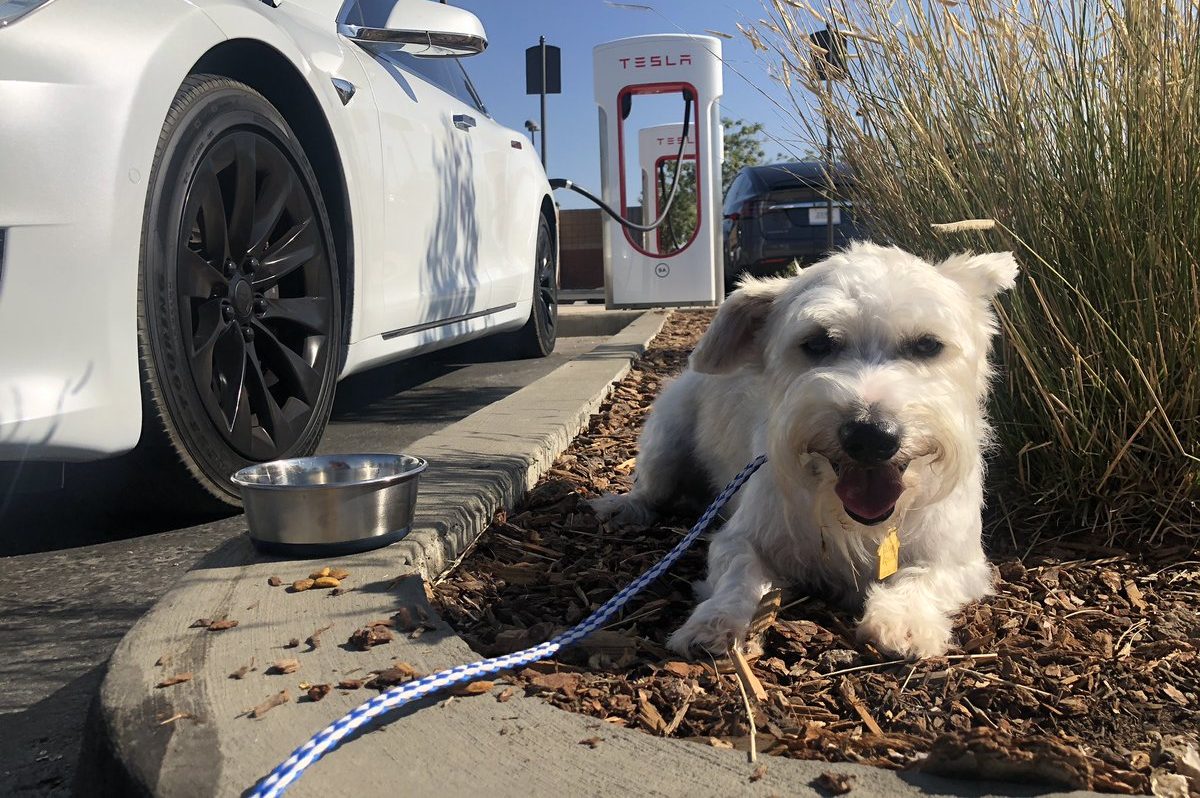 It is no secret that Tesla commands a dedicated community of supporters, many of whom are willing to pay it forward. Among the members of the Tesla community, there are those who are passionate about certain causes, and many use Tesla’s electric cars as their vehicles of choice when engaging in activities they care about.

One of these Tesla owners is Margaret, who goes by the handle of @Manic_Marge on Twitter. Margaret manages the @dogsoftesla account, where she shares what she dubs as “pawsitive” news to the online community. While pets and fast cars are pretty much a surefire way to get a lot of traction on the internet, Margaret’s Dogs of Tesla account is also there to promote and support a good cause.

The Tesla owner uses her Model S to help transport rescue dogs from high-kill shelters, which are facilities that are more likely to euthanize rescue animals to avoid overcrowding. High-kill shelters are a controversial topic in the animal rescue industry, particularly since some facilities have a tendency to refuse animals even if they legitimately need help.

On the road to freedom! pic.twitter.com/DHNJ9Bb47W

As a way to help animals that could not be supported by these shelters, Margaret works to find good homes for rescue pets. And when she does, she uses her Tesla Model S to transport the animal to its forever home. In a statement to Inverse, Margaret notes that her rescue activities were inspired by a friend and fellow Tesla owner, who uses a Model X SUV to transport rescue dogs.

“I help transport rescue dogs from high kill shelters in my Tesla and document this here (in the Dogs of Tesla social media accounts) in hopes of encouraging others to do the same. My friend Nalyne Lunati who I met on Tesla K9 Facebook group inspired me, as she regularly transports rescue dogs in her Model X,” Margaret said.

Dogs of Tesla actually started as a far more casual page for the Model S owner, who initially set up the account to share photos of Frankie, her French Bulldog. Over time, though, she also began sharing pet pictures from other members of the Tesla community, particularly those from the emerging #FrunkPuppy trend.

For now, the Tesla owner continues to use her Tesla Model S to transport rescue pets to their forever homes. And considering that even a Model S with 400,000 miles on it performs perfectly without any issues, there is a good chance that Margaret’s electric car could end up transporting many more rescue animals in the future. Of course, pictures from these ever-special rescue trips would most likely make their way to Dogs of Tesla’s social media accounts.

Being a company whose mission is to accelerate the adoption of renewable energy and transportation, Tesla is bound to be polarizing. Over the years, the company has attracted an equal number of dedicated supporters and aggressive critics. Behind the debates between Tesla bulls and bears every day in social media, though, lies electric car owners who continue to use their vehicles to make a difference.