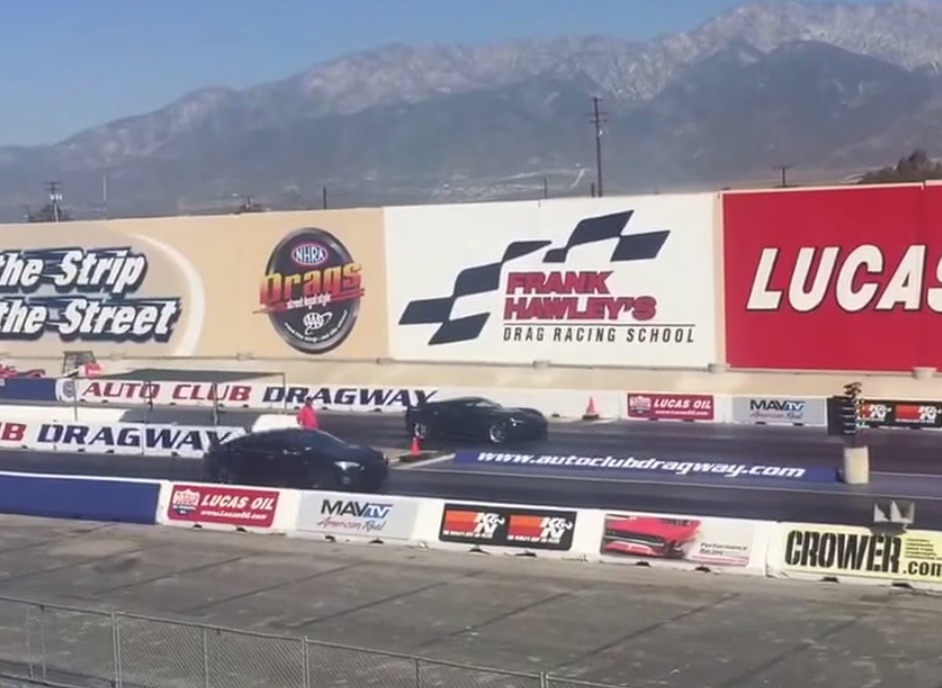 It doesn’t matter how many videos we see of the P85D accelerating from a standstill – whether it’s hilarious facial reactions of unsuspecting passengers or the infamous P85D versus Dodge Hellcat video, we just can’t get enough of it!

This latest video comes to us by way of former Corvette C7 Stingray owner, now Tesla P85D who decided to see how his new electric sedan stacks up against the new Z06 ‘Vette in a heads up drag race.

Despite the  Z06 ‘Vette being outfitted with drag radial tires, it was no match from the beginning against the rail gun like acceleration of the 691 horsepower and AWD Tesla P85D. The Corvette was using a manual transmission where as the Tesla Model S sees continuous acceleration with no delays between shifts because of its shiftless single-speed drivetrain.

In the Tesla driver’s own words, “It’s almost TOO easy to drag race this thing. Just press the pedal down to the floor and away it goes.”