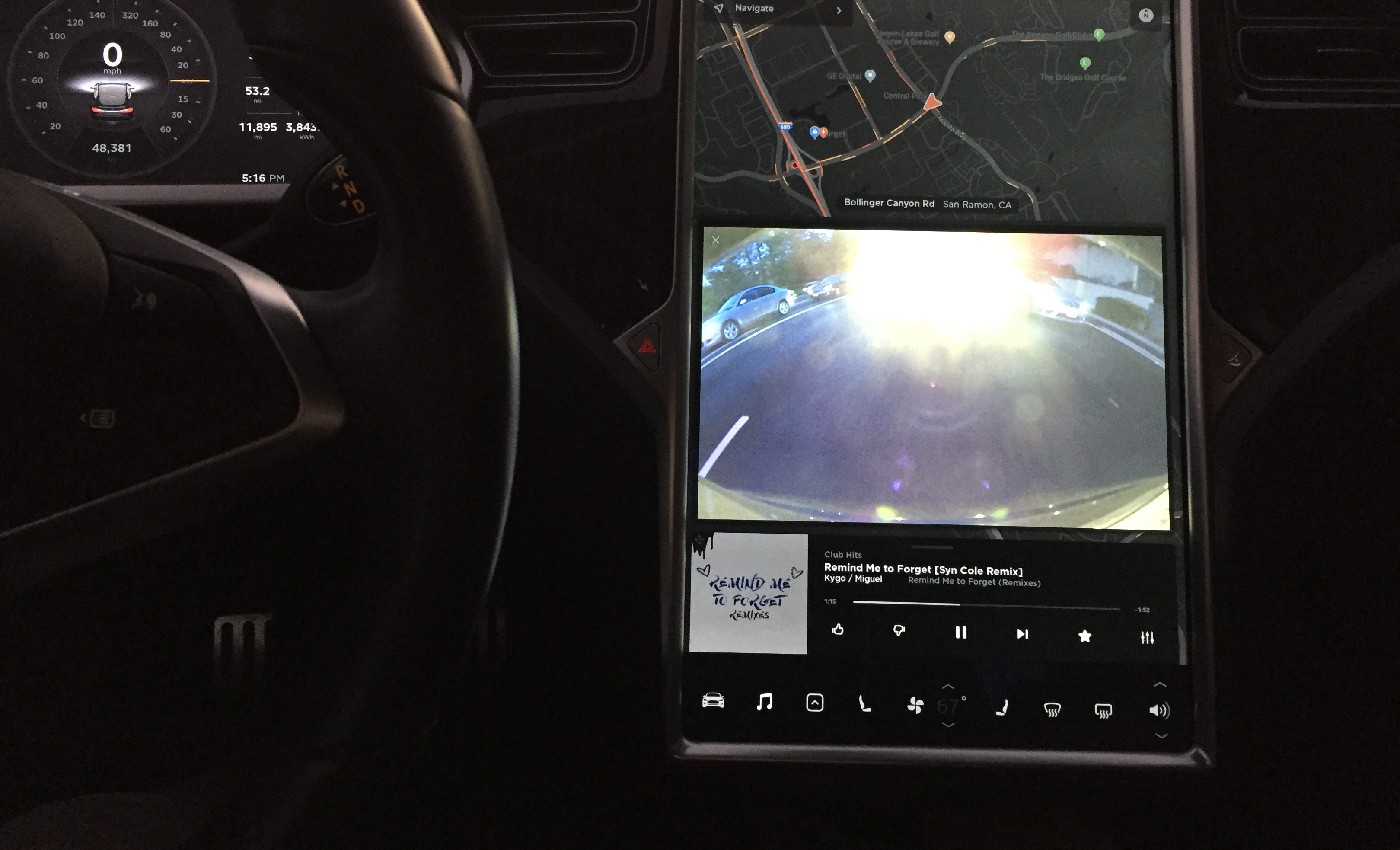 A recently published patent has revealed that Tesla is exploring the idea of a user interface allowing drivers to launch and display up to four apps simultaneously in a four-way split screen arrangement. What’s more, Tesla also seems to be preparing a setting that will enable users to customize the arrangement of icons in their vehicles’ main taskbar.

The new features were outlined in a patent published on November 1, 2018. Simply titled as “Vehicular Interface System for Launching an Application,” the patent describes updates to the way users interact with Tesla’s graphical user interface. The patent, whose illustrations still reflect the company’s V8 design, included some GUI updates that were included in the Software Version 9 release. Among these are a taskbar that’s repositioned to the bottom of the display for Model S and X vehicles, as well as the capability to resize open windows after apps are launched.

Among the illustrations that Tesla included for the patent, though, is a feature that is yet to make its way to Version 9 — the capability to launch up to four apps that are displayed in a four-way split screen. The feature would be activated by selecting an icon on the taskbar, which would, in turn, display options on which portion of the display the app would launch.

Apart from the capability to launch multiple apps in a four-way split screen arrangement, Tesla’s patent also included references to users having the ability to configure app shortcuts displayed on the taskbar. Such a system is an update to the current taskbar setup, where shortcuts are typically representative of apps “for which frequent access is desired.”

The full text of Tesla’s patent on its GUI updates could be accessed here.

Considering that Tesla had already rolled out some of the features outlined in its recently published patent in Version 9, it seems safe to assume that the four-way split screen capability and taskbar customizations are likely coming in future software updates. Hence, it could very well be just a matter of time before these features are introduced to Tesla’s fleet of electric vehicles. It must be noted that Tesla’s V9 update introduced notable changes and optimizations even to cars that are equipped with older hardware. Thus, there is a good chance that even Tesla’s Gen 1 vehicles would also receive taskbar customizations and four-way split screen capabilities.

Tesla’s recently published patents have covered a rather wide range of improvements for the electric car maker’s vehicles. Last month, for example, a patent teased the introduction of an automatic tire inflation system for the Tesla Semi, which opens opportunities for the company’s present and upcoming vehicles like the Model X, Model Y, and the Tesla pickup truck to acquire off-road capabilities. A patent for a clever clamping assembly that allows Tesla to address misaligned panels during the manufacturing process was recently published earlier this month as well. Apart from these, a rigid structural cable design that could help the company automate its vehicle production process further was also outlined in a patent published in October.