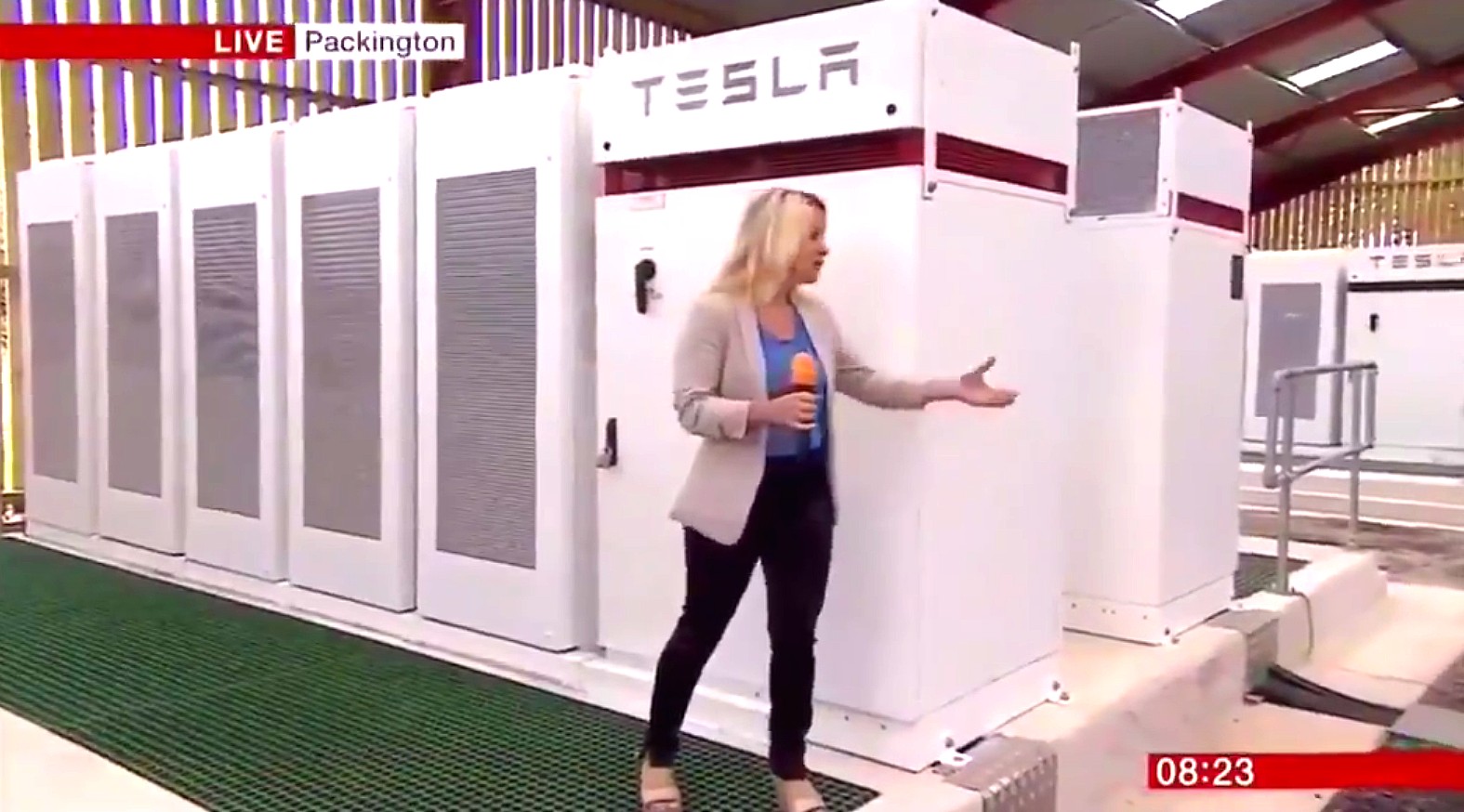 Tesla’s industrial-grade Powerpack batteries are helping the UK clean up its public transportation and power sectors. In a recent set of segments from the BBC, Tesla’s Powerpacks, which are being utilized by UK-based battery storage operator Zenobe Energy, were shown helping a fleet of electric buses charge their battery packs after a day’s worth of work, while helping the grid at the same time.

Stagecoach, one of the UK’s largest bus operators, currently operates a fleet of electric buses for a park and ride service. The fleet of nine all-electric vehicles on the route in Guildford take passengers on up to a million journeys per year. So far, the buses are seeing a notable amount of support from passengers, some of whom appreciate the smoother, cleaner ride. Des Osman, a bus driver operating one of the fleet’s all-electric units, told the publication that he feels a lot better now, since he is not being exposed to diesel fumes.

Tesla’s batteries play a critical part in the electric buses’ operations. To avoid straining the grid, Zenobe Energy opted to use Tesla’s Powerpacks for the buses’ charging infrastructure. The Powerpacks would store energy during the day while the fleet is operating, and when the buses come in to recharge at the end of their shifts, the batteries would release their stored energy in a surge so that the vehicles could charge at the speed they require.

It is not just the UK’s transportation sector that is benefitting from the advantages brought about by Tesla’s Powerpacks. A recent BBC segment featured the largest Tesla Powerpack site in the UK to date, which is equipped with 78 battery storage units. In a statement to the publication, Zenobe founder James Basden stated that Tesla would be retrieving the Powerpacks after their estimated 20-year lifecycle, after which they will be recycled. With this system in place, the batteries used to clean up the UK’s grid will likely get a second chance at life.

Tesla Energy might be a lot more understated in its activities compared to the company’s electric car business, but the battery storage division has been making significant headway over the years. Tesla’s industrial-grade Powerpacks have been deployed in numerous countries across the globe, and they have proven to be quite literally life-changing in some circumstances. Tesla’s Powerpack installation in South Australia, for example, has helped residents reduce their dependence from the gas cartels operating in the region. Similar battery installations in Eritrea, Africa, have also helped villages get uninterrupted power for the first time.

Tesla executives such as CEO Elon Musk and CTO JB Straubel have pledged to aggressively grow the company’s Energy business in the near future. During the first-quarter, for example, Tesla noted that it is streamlining its energy generation and storage operations in the US. “Energy generation and storage revenue should increase significantly in 2019. This increase is driven mainly due to the storage business as we increase production to address our backlog in Powerwall orders and deliver on our pipeline of orders for commercial storage and an expected growth in retrofit solar deployments in the second half of 2019,” the company noted.