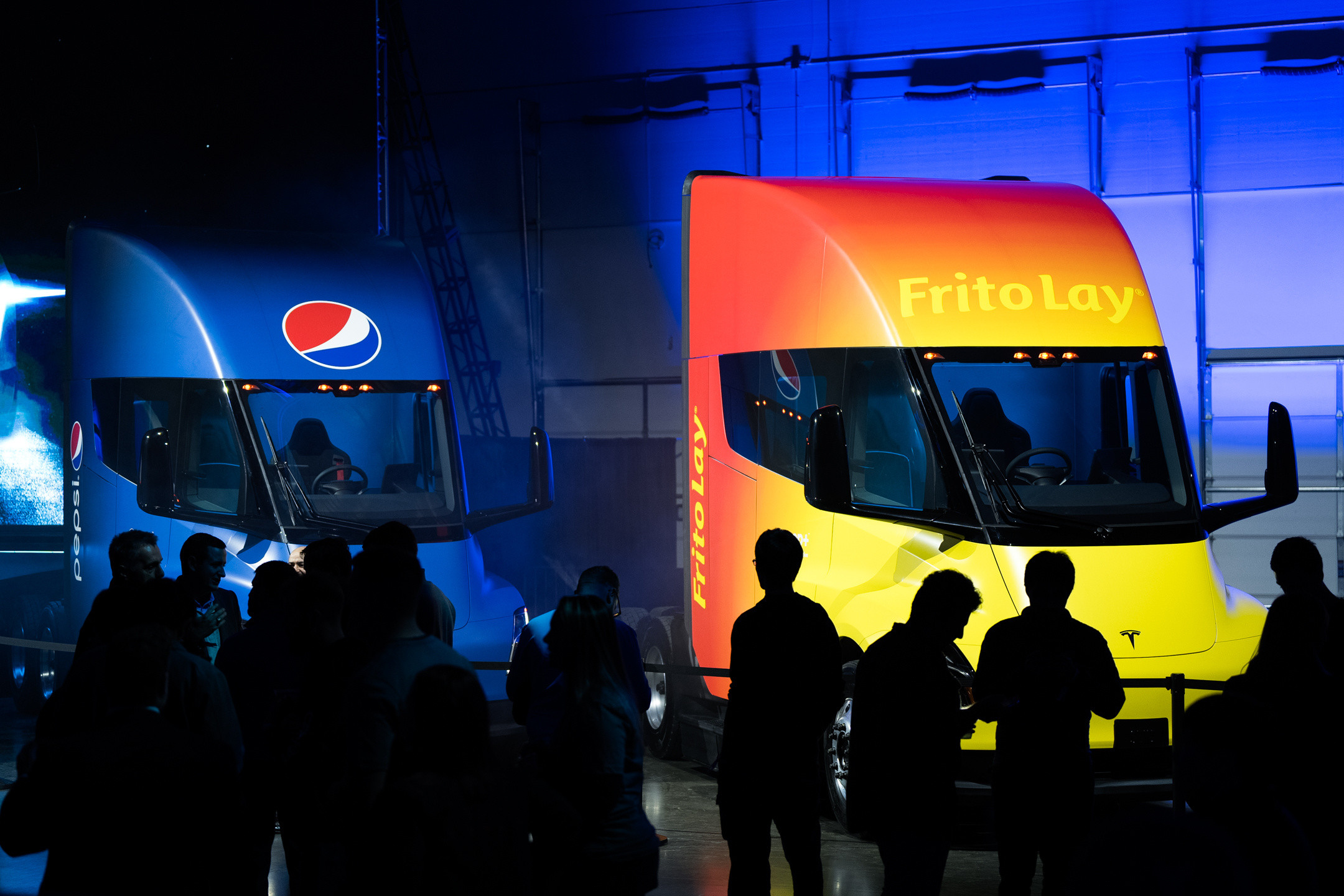 Tesla Semi developers reflect on first deliveries: ‘Out the door. For the world.’

Following the first deliveries of the Tesla Semi to Frito Lay last night, the program’s developers are reflecting on the past five years as the vehicle has finally reached the end stage of its initial production run.

First unveiled in 2017, the Tesla Semi was delayed on several occasions. Initial delivery projections from Tesla have spanned from 2019 to this year, being put off due to a variety of reasons, from supply chain bottlenecks to a commitment to not move the company’s product roadmap forward this year.

However, Tesla came through and delivered the first units to Frito Lay last evening at Gigafactory Nevada. While it is five years past its initial unveiling date, it may have made the destination a little sweeter for those responsible for the Semi’s development.

“5 years of 16 hr days, overnighters, packed weekends, nonstop push, with a singular focus on [getting] to this point,” Staff Systems Design and Architecture Engineer for the Semi Satyan Chandra said. Since the Semi’s unveiling in 2017, Chandra has assumed three different positions at Tesla. When the vehicle was announced, he worked as a Sr. Hardware Design Engineer for the Model S, Model X, and Model 3. He then moved to a Staff Hardware Technology Engineer, where he helped develop Dojo.

Now, Chandra is managing and leading systems design, integration, and architecture programs for the Semi across battery voltage, chassis, and pneumatic applications. For him, the long road was worth it. “Our Semi’s out the door. To the world. For the world.”

For others, the product was more of the focus than the journey. Roger Casado, a Senior Mechanical Design Engineer for Cells, has been at Tesla for over a year. His work with the Semi was more about the why.

Casado’s first point about the Semi in a LinkedIn posting was the Semi’s extensive market application, which will help it attack 36 percent of U.S. vehicle particle emissions. Its versatility and streamlined operation make it as easy to drive as the Model 3, and the power, speed, and torque are evidently the main advantage Tesla Semi has over its competitors. Not to mention the 500 miles of range it drove on a single charge.

Yesterday, we discussed whether the Semi would live up to the hype Tesla created for it. Its initial application undoubtedly will have to prove its advantages over competing options. However, Tesla proved its 500-mile range in a crafty drone video, and its speed and acceleration have been displayed on the company’s test track and other, more recent examples. The vehicle’s success may depend on the number of clients it attracts, but is there really any reason for it to fail at first glance?

Tesla Semi developers reflect on first deliveries: ‘Out the door. For the world.’