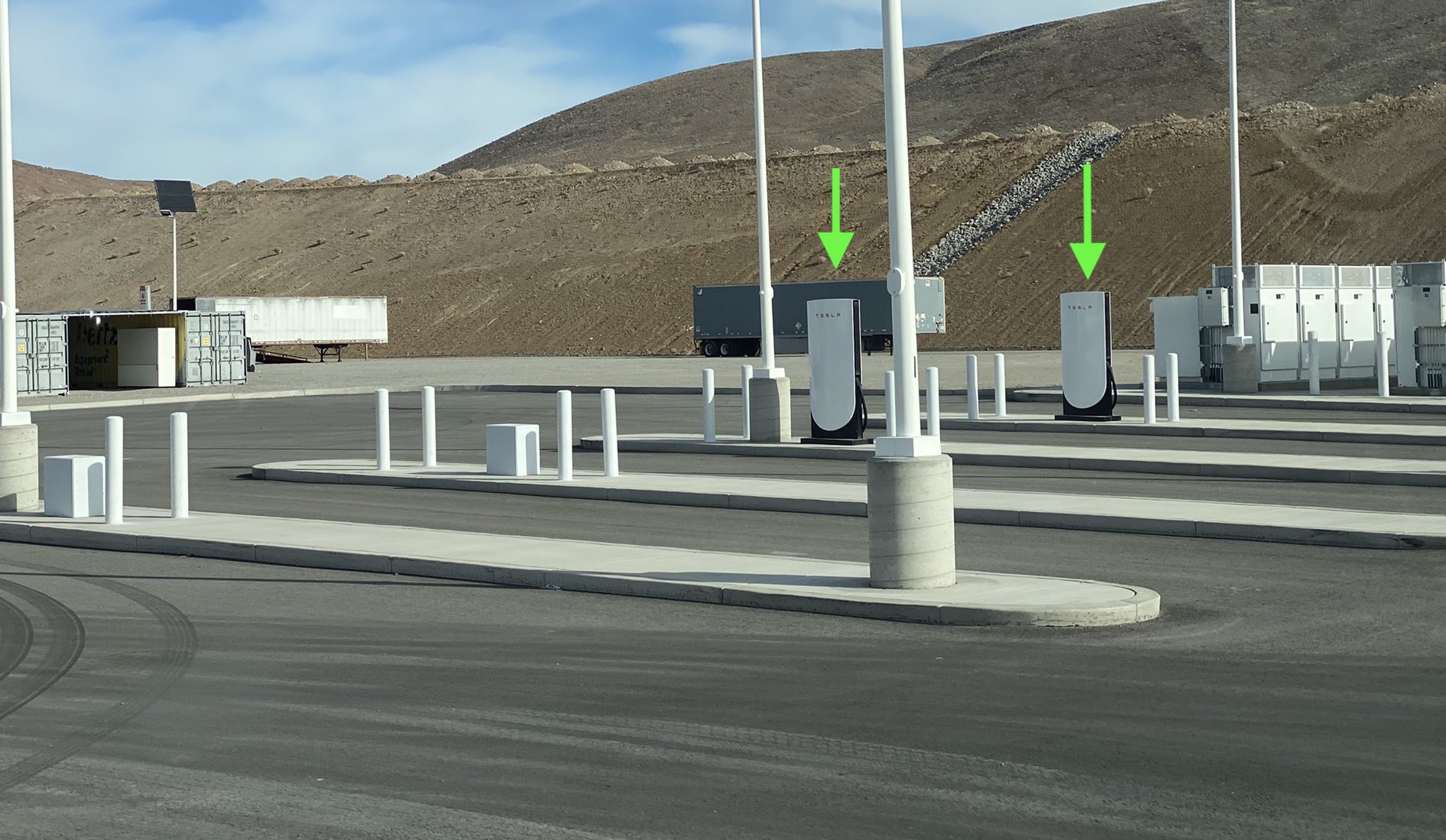 Tesla Giga Nevada’s Semi Megachargers are live, based on recent reports and pictures from the factory. Tesla appears to have started expanding the parking lot at Giga Nevada as well.

Construction on the Tesla Semi Megachargers, which appear to be larger versions of the company’s Urban Superchargers with thicker cables, was reported back in October. Shortly after Giga Nevada started constructing Semi Megachargers, PepsiCo CEO Ramon Laguarta stated that the popular soda pop company was expecting to receive its first Tesla Semis in Q4. Pepsi said it was expecting to receive 15 Tesla Semis earlier this year.

“Actually, transportation is about 10% of our overall gas emissions, so it’s important, and we’re working on different solutions. We replace our fleet regularly, every ten years more or less. That’s the life of a truck. We’re already starting to buy electric trucks actually from Tesla. I don’t want to promote anybody, but that’s the brand that we’re using so far, and we’re getting our first deliveries this Q4. So it’s something we started a few years ago. We’re working with Tesla,” the PepsiCo CEO said.

Tesla Giga Nevada will be producing the company’s Class 8 truck. Tesla started posing jobs for Semi production at Giga Nevada last December. There is currently one job in Sparks, Nevada listed for the Semi. Tesla is hiring a Mechanical Design Engineer, who can help develop the batteries for the vehicle. The roles and responsibilities of the Mechanical Design Engineer include:

· Advancing product performance while driving down cost and mass

As hinted by the recent updates from Giga Nevada, Tesla may start some production of the Semi in 2022. At the 2021 Shareholders Meeting, Elon Musk noted that Tesla aims to expand Giga Nevada and Giga Fremont by 50%. The Semi Megachargers and parking lot expansion may be the first phases of Giga Nevada’s future growth.