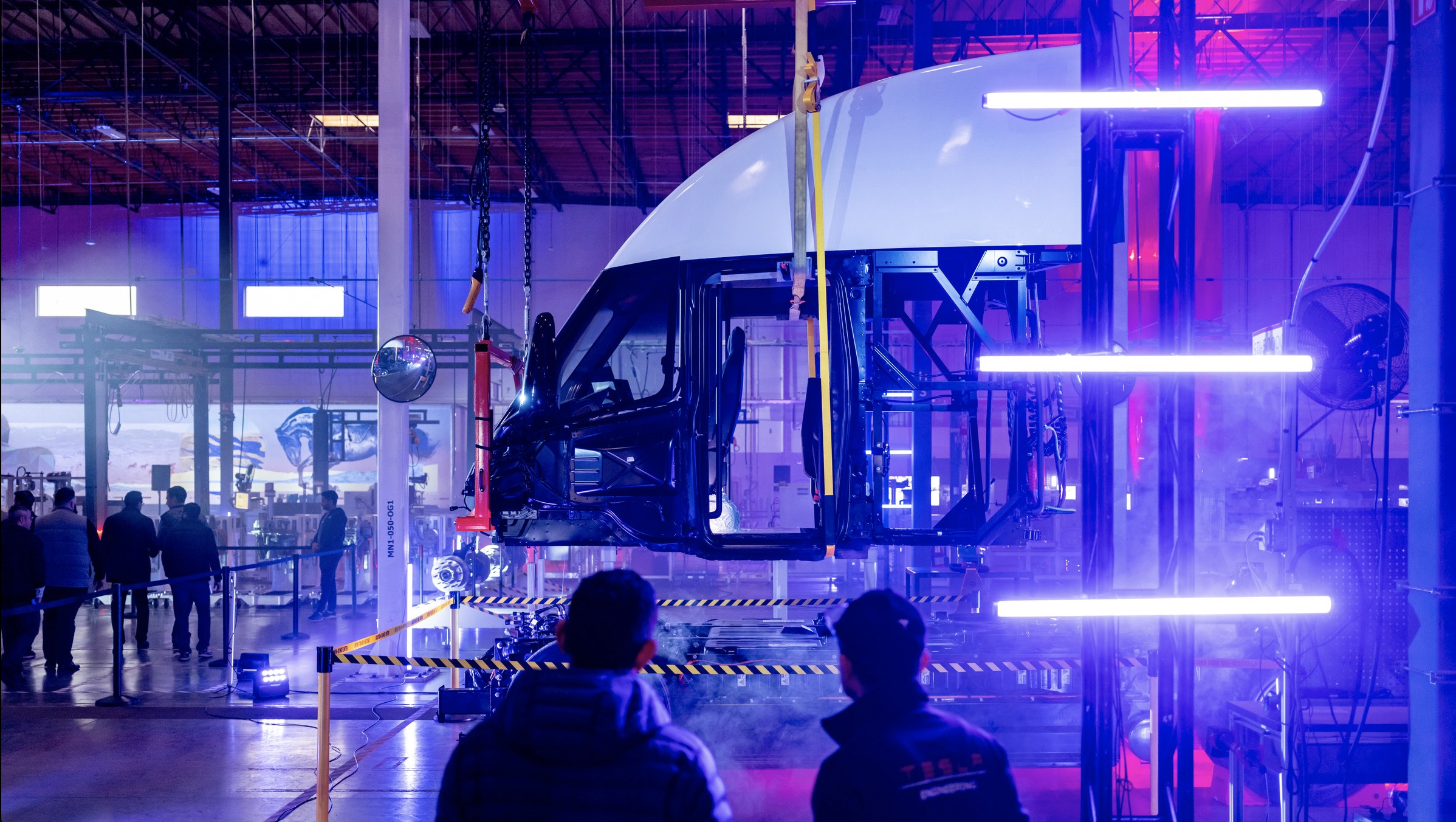 Tesla starts laying the foundation for the Semi in Canada

Tesla submitted some proposals for Canada’s 2023 Federal Budget that may lay the foundation for the arrival of the Semi in Canada. Tesla’s proposals were submitted as part of Canada’s pre-budget consultations before the government’s 2023 budget is finalized.

Tesla sent its proposals in a letter addressed to Chrystia Freeland, Canada’s Deputy Prime Minister and Minister of Finance. The letter provides information on areas Tesla believes the Canadian government needs to focus on to accelerate the transition to EVs and sustainable energy.

Most of the proposals focus on Canada’s need to invest in an EV infrastructure. Interestingly enough, a whole section is dedicated to the electrification of medium and heavy-duty transportation, which the Tesla Semi would fall under.

“Tesla applauds the launch of the federal government’s iMHZEV Program as sales incentives should generate demand for MHDZEVs across the country. However, to sustainably support increased demand for electrified medium and heavy-duty transportation fleets, adequate charging infrastructure must be available to support short and long-haul transportation routes from coast to coast,” the EV company stated in the letter.

Tesla reasons that federal support could incentivize private-sector investment in MHDZEV charging along key transportation routes. The company suggests that Canada’s federal government identify which routes should receive incentives while the transition to zero-emission trucks is just beginning. Tesla states that the federal government must support the charging infrastructure needed “to scale electrification of the good[s] movement sector.”

Tesla also proposed that the government provide grants to freight haulers to support the power upgrades businesses would need to transition to electric heavy-duty trucks.

“We propose a program that would directly support all freight haulers of all sizes — not just the largest or smallest fleet operators. It is important to note that power upgrades must be made well in advance of companies taking delivery of electric trucks,” wrote Tesla.

“Charging facilities must be in place when the trucks arrive so that they can enter service immediately. [The] Government should consider providing funding to any company that can demonstrate it has placed electric truck orders — rather than deliveries.”

Tesla officially delivered its first Semi on December 1. The company held a small event for Semi deliveries at Giga Nevada. Tesla aims to produce up to 50,000 Semi trucks per year by 2024 in North America.

Some Tesla Semi trucks will be heading to Canada. Mosaic Forest Management — based in Vancouver Island — ordered three Tesla Semi trucks for logging activities. The Tesla Semis would be part of a pilot program to test the performance of electric heavy-duty trucks in the log hauling sector. If the Semi performs well in the pilot program, Mosaic plans to electrify its fleet of 300 trucks.

Mosaic is just one of many companies in Canada interested in electric heavy-duty trucks. The main concern with switching to electric trucks would be charging, so Tesla’s proposals are right on point.

The Tesla Semi already has some competition in the electric heavy-duty truck market. For instance, Daimler started deliveries of its Freightliner eCascadia last month.

However, The Tesla Semi does have an edge in charging. Tesla developed an innovative charging cable for the Semi, and it is also familiar with ramping EV charging infrastructure thanks to the Supercharger Network. Its range of 500 miles per charge is also superior to its rivals in the all-electric Class 8 segment.

Tesla starts laying the foundation for the Semi in Canada