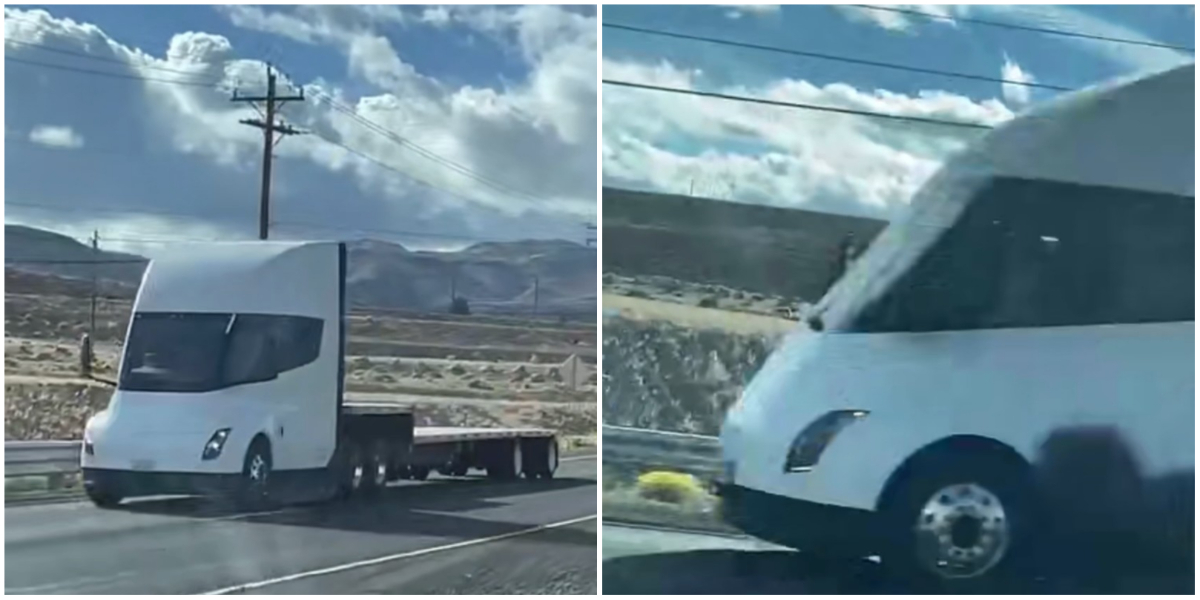 Tesla Semi units were spotted testing on-road near Gigafactory Nevada as the automaker prepares to make its first deliveries in just over a month.

The Tesla Semi is one of the automaker’s most anticipated products, and after being delayed the past two years, the company is nearing the first deliveries of the vehicle to PepsiCo. on December 1. As a result of the imminent first deliveries, Tesla is continuing to test the Semi on roads near Gigafactory Nevada and the mysterious production facility the vehicle is built in.

Video of two Tesla Semi units traveling near Nevada SR-439 and Denmark Dr., just off of Electric Ave. where Gigafactory Nevada is located, was found by Teslarati on Snapchat last evening.

For reference, here is where the Semi units were spotted in relation to Gigafactory Nevada.

On-road testing is not out of the ordinary for any automaker ahead of an upcoming vehicle launch. We have covered Tesla and many other automakers testing vehicles on public roads in the past, and it is a good baseline to see how the vehicle will handle and operate in an everyday setting.

Tesla is planning to start deliveries of the Semi on December 1 after aiming to make deliveries of the vehicle in both 2020 and 2021. Supply chain bottlenecks and battery constraints prevented delivery in the past, and many skeptics may be wondering, “What is different this time?”

Yesterday, we reported that the Tesla Semi had officially received a Certificate of Conformity from the EPA, which it had never received previously. This ensures that the Semi has been assessed and tested by the EPA, and it was found to be compliant with federal emissions and fuel economy standards, something every vehicle in the stream of commerce must abide by before receiving the Certificate of Conformity.

Despite aiming for deliveries in 2020 and 2021, Tesla had never applied for or received a Certificate of Conformity for the Semi. This development alone is a tell-tale sign that Tesla is aiming to deliver the Semi very soon.