By incorporating everyday gesture controls that have become ubiquitous in smartphones, like swiping and pinching, will give Tesla drivers a safer and more efficient means to navigate through vehicle features.

For example, if a driver wanted to turn the volume up for music or a phone call, they could slide their finger from the bottom to the top of the steering wheel touchpads. Haptic feedback would be signaled through a “slide vibration”, while visual feedback would come in the form of dimmed lights on the touchpads. Sound feedback would also be present on driver-initiated actions. 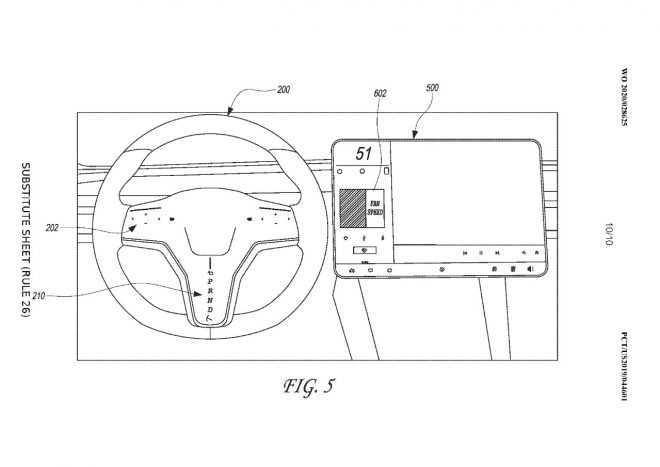 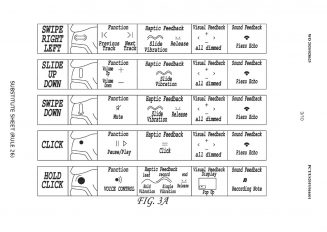 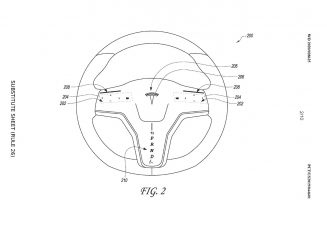 As seen in an illustration included in the design patent, Tesla’s proposed steering wheel will be void of the vehicle’s traditional Autopilot stalk and place driving functions like Park, Reverse, Drive, and Neutral directly on the bottom of the steering wheel.

Tesla describes the new driving controls as, “The user interface of the steering wheel may additionally include indicators provided at a lower portion of the steering wheel indicative of a selected gear engagement of the vehicle. For example, the user interface may provide illuminated indications of engagement of Park, Reverse, Neutral, or Drive modes.”

It’s still unclear if Tesla intends to incorporate the new steering wheel design into its vehicles, including the upcoming Plaid Model S, Cybertruck, or next-generation Roadster, but the electric carmaker is clearly thinking of additional driver safety features that would reduce driver distraction.

Tesla’s patent filing for User Interface for Steering Wheel can be found here.